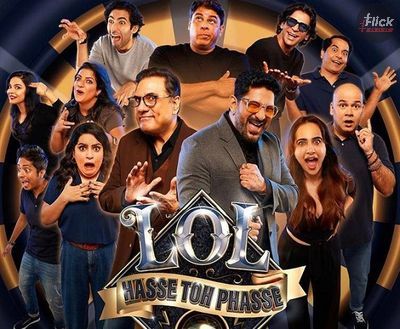 LOL Hasse Toh Phasse Season 1 Review- It is a unique show on Amazon Prime that is built on a comical concept to entertain the audience in a new manner and uplift the standards of today’s style of comedy and humor.

This kind of concept is introduced for the first time on Indian television and this is a very nice and appreciable initiative, at least, far better than the daily soaps which are telecasted on television. 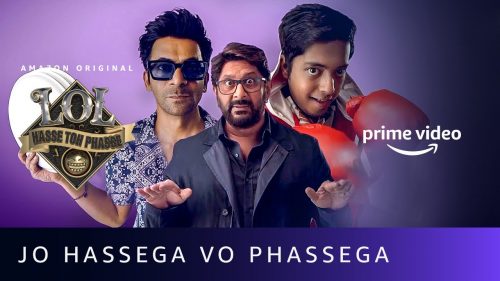 These 10 prominent comedians will be placed in a fancy house and their task is to make fellow comedians laugh, meanwhile, they have to keep their face straight.

The two well-renowned hosts – Arshad Warsi and Boman Irani will be monitoring all the contestants while they perform and will enter the house to reveal the name of that person who smiled or laughed in order to eliminate them.

The contestants are given a total time of 6 hours in order to defeat as many other participants as possible while fixing their own spot till the end.

Each contestant will be given particular showtime in which he/she has to perform his/her best to make others laugh and cut them off from the show.

After their showtime gets over, the contestant will get a gap of a few minutes and they are allowed to freely laugh. Some people are calling this a better version of comedy shows.

Unfortunately, The Kapil Sharma Show is suspended for a few months, so this show can be the best option to entertain yourself and relax.

It will be great to watch who will win the 25 Lakh cash prize and will be very exciting to watch 10 people competing to make each other laugh. The trailer got a positive response after a few hours of its release on YouTube.

Hasse toh Phasse is a great show to brighten your weekend during the lockdown period and spend happy hours with your close ones at home.