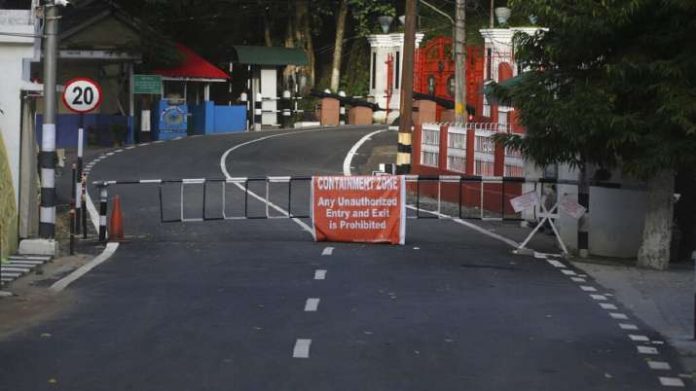 After initiating Unlock 3.0, The MHA (Ministry Of Home Affairs) had clearly mentioned that there would be no restriction on the inter/intrastate movement. Not only goods were allowed but individuals were also allowed to pass through borders. But this rule is not being followed by the authorities and complaints have been rising up.


Unlock 3.0 requires people to indulge in cross border trade in order to regain the broken economy by the pandemic. Now, there were complaints that the carries or people were stopped by authorities under state governments of that particular constituency.

It not only overrules the order from the er but also creates a vibe that rules are not followed properly and that it’s not the right time to indulge in the as of now.

Along with that, the biggest industry ‘Travel‘ is trying to slightly open up but in that as well, people are either judgemental or restraining. Many YouTubers who tried visiting places while taking care of all the norms were thrashed by the officials and many were denied entry as well.


They were rather trying to help the local business, and trying to do their part for the already broken travel industry. But loopholes in the norms and improper information channels are the reason behind the failure of proper mandating of the law.

Skip to 5:30 in the video where the youtube can be seen mentioning all the problems that she faced.

But MHA has taken steps against the same and a letter has been issued to the Union Home Secretary, stating that they should focus on para 5 of the unlock 3.0 guidelines. Which states that there shall be no restriction whatsoever on any kind of inter/intrastate travel.

Union Home Secretary also admitted the fact that the rules are not followed on a local level. And it’s affecting the supply chain for many businesses which are operating under losses already.

The letter requested that the guidelines should be strictly followed and that there shall be no misconduct of any kind regarding the same. The effectiveness of rules was not carried out properly last time and that should be amended.


It’s expected that there will be some action is taken soon and any authorities would be snubbed if they caught wrongful in their duty.

But it’s not the fault of low-level authorities only. The information channel is a very long queue and there is a huge stack of misinformation from the top to bottom level.

The chain of command bound these low-level authorities to follow whatever order they’ve been given with. And the top-level functions on their own belief system, after all, no one wants their state flooded with the pandemic.

7 Interesting Things to Do in Varanasi for an Enigmatical Holidays

Every person has a traveller that’s hidden in them, the one that pushes and urges them every now...
News

Shah Rukh Khan and Katrina Kaif have joined the list of several Bollywood superstars who have tested positive...
Lifestyle

Do you Love travelling? are you fond of visiting hill stations? Do you want to Plan your trip...
Lifestyle

Traveling alone is becoming more common and has a beneficial impact on the travel business. One of the...