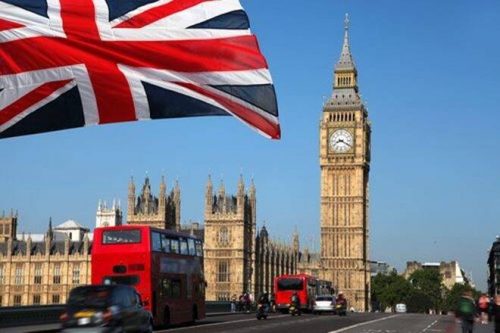 Yesterday, UK economic output shrank by 20.4% in the second quarter of 2020 which has left the British nation with the worst quarterly slump on record and pushing it into the deepest recession of any major global economy.

The foreign economy reported a massive downfall in the output that follows a 2.2% contraction in the first quarter of 2020. This crash in GDP in the April-June period is the worst since quarterly records began in 1955, as per the official statement. 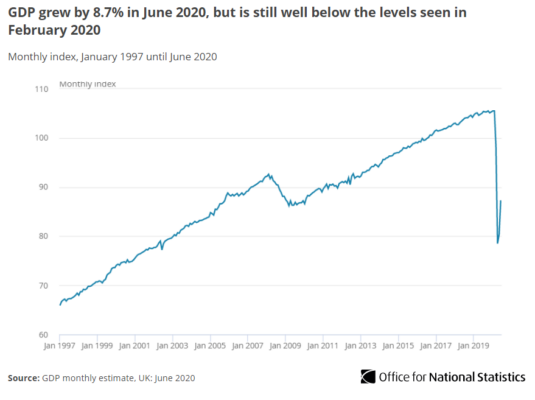 “Today’s figures confirm that hard times are here,” UK finance minister Rishi Sunak said in the statement. According to Sunak, the results of the pandemic are growing, day by day and the presence of this slowdown will be felt for years to come.

“Hundreds of thousands of people have already lost their jobs, and sadly in the coming months, many more will,” the finance minister said. As per the latest post, almost, the UK economy has shed 730,000 jobs since the coronavirus pandemic has started.


Stepping into the job recession since March, thousands of the young, the old and the self-employed peers have experienced the burden of the unemployment crisis. These holes were experienced in services, production, and manufacturing sectors.

Importantly, when compared with the end of 2019, the UK economic output fell by a cumulative total of 22.1% in the first six months of 2020. This is a staggering and mindboggling number, both on a national and global level.

As compared to other European nations, these numbers are worse than Germany, France, and Italy, and double the 10.6% fall recorded in the United States, according to the Office for National Statistics’ report.

A major reason for this downfall is said to be the late decision of the lockdown in the country. Britain imposed a strict lockdown two weeks later than Italy, 10 days after Spain and a week after France, despite the uprise seen in the coronavirus cases.


Contrary to the British government, Italy allowed restaurants, cafes, and hairdressers to reopen in the middle of May, whereas the United Kingdom waited until July 4 to do the same. This late retrieval of the economy stopped them from a fresh start.

And due to this un-punctuality from the administration became a reason that caused a spike in time to contain the virus before the country could start unlocking and open only the essential market for the consumers.

Although the country did open in June and saw an 8.7% rise in the GDP with the Unlock 1.0, the British administration was far behind to cope up with the losses that eventually caused them to fall in a pit of recession.

Kallum Pickering, a senior economist at Berenberg said, “Typically, recession data are subject to heavy revisions. Taken at face value, the bigger-than-expected contraction suggests some downside risk to our call of a 9.5% contraction in the full year 2020,” he said in a research note.

He also noted the fact that the UK GDP figures do not bode well for the rest of the year. With an unaltered game for the country, the main aim is to make sure that nobody will be left without hope or opportunity and are assessed to the best.