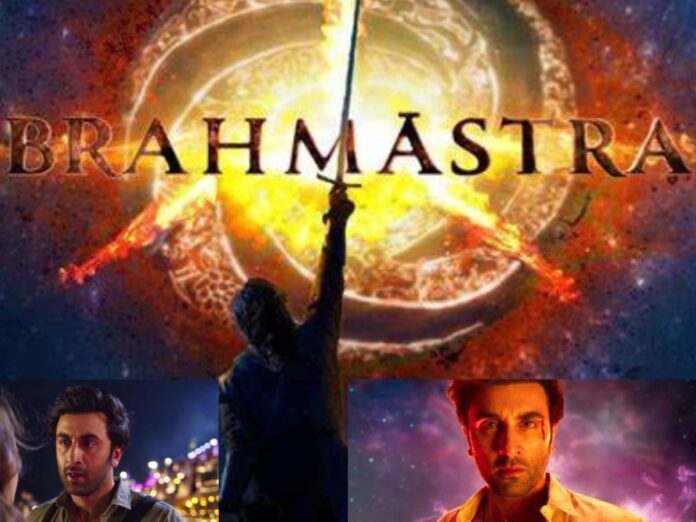 On the morning of June 15, the Brahmastra trailer was finally unveiled after ten hard years in the making. We noticed right away that it was dominating social media and generating a quickly growing buzz among the fans. Everything from Ranbir Kapoor’s return to the screen after a four-year absence to the numerous compliments on Mouni Roy’s supervillain appearance to Nagarjuna and Amitabh Bachchan’s aura in the movie became a topic of debate, creating significant anticipation for the film’s September 9 release. The audience will undoubtedly have high expectations for Brahmastra because it will be India’s first fantasy drama movie. 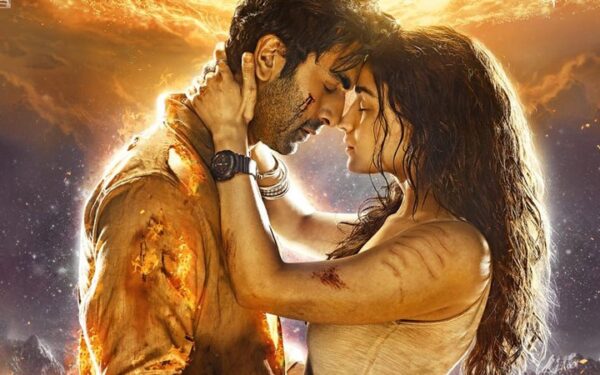 The creators of the first fantasy drama did a fantastic job with the VFX. We haven’t really felt anything like it in Indian cinema before. The background music and Arijit Singh’s “Kesariya” song, which will be their first on-screen collaboration since getting married, highlight the romance between Ranbir Kapoor and Alia Bhatt. See some of the movie reviews that have recently been published below. But in addition to Twitter, some critics’ reviews of the movie have also surfaced, calling it a must-see movie.

15 Best Twitter Reactions to Checkout Before Booking Your Tickets for Brahmastra Part 1:

Before Brahmastra, starring Alia Bhatt and Ranbir Kapoor, was released, previews were made available to the public and the media. For the fans, Alia and Ranbir had scheduled two back-to-back screenings of the movie, during which they would watch the movie together. In addition, the movie’s press screenings were held for the national press. Below are some Twitter reactions from Bollywood stars for Brahmastra part 1.

Fantastic First Half, Below Average Second Half (Initial 30 mins) fantastic conclusion and excellent VFX, Visuals, and BGM of BRAHMASTRA is a lot better than many recently released movies, and it’s entertaining due to the story and the performance.

#Brahmastra: Can’t believe #AyanMukerji who made two of my favorite films with Ranbir ended up thinking way too out of the box for this film. Had a fine first half, but the second half goes overboard with Ranbir being the saving grace!

Ambitious attempt with a compelling central idea, but it struggles to hold your interest for longer than 20 minutes at a time. It’s a rocky journey because of the overuse of VFX, flaky speech, and artificiality. Absolute average!

Thank you #AyanMukerji for not letting us down! I have been a great admirer of your work since Wake Up Sid. #Brahmastra only reaffirms my belief in you as one of the most inclusive, intelligent & passionate filmmakers in India. You truly believed in this one & I’m glad I did too.

I’m so proud of Ayan Mukerji for giving Roymouni a chance and believing in her at a time when producers are only interested in casting A-list male superstars as villains in their huge tentpoles. I adore how important a role women have always played in his movies.

Anyway everyone has their own choices, we live in a democratic country, free to say or like or dislike anything….. For me #Brahmastra is a enjoyable film, its a Good film, I agree it not a Landmark film but definitely not a Bad or a Disappointing film…. #BrahmastraReview

Can’t believe Ayan Mukerji, who directed two of my favourite movies with Ranbir, thought outside the box so much for this one. Had a good first half, but Ranbir is the only thing keeping it together in the second half!

Not a single person in the theatre left the film in between, there were whistles, clap overall It was a Fun Ride.

We never truly buy into it totally, despite all the nonstop computer visuals, lavish settings, starry array, and Brahmastra’s dedication to its subject.

My review of #Brahmastra. A laudable attempt at creating an Astraverse sadly stumbles big time when #AyanMukerji compromises on his biggest strength – compelling storytelling. #RanbirKapoor and #AliaBhatt‘s ‘love storiyaan’ is weak. #BrahmashtraReviewhttps://t.co/yxT0hJGFxD

A noble endeavour to build an Astraverse tragically fails when Ayan Mukerji foregoes his strongest suit—compelling storytelling. The “love storiyaan” of Ranbir Kapoor and Alia Bhatt is insufficient.

Brahmastra is acting in an UNSTOPPABLE way on the first day, despite mixed reviews.

#Brahmastra Movie Review on Mirchi Plus: 🌶 🌶 🌶/ 5 – A visual treat for RK-Alia’s fans, the actor has tried experimenting something new with the world of Astraverse, Ayan Mukerji’s 10 years effort doesn’t go wasted, wish Alia had a meaty role https://t.co/vz2CkJDEvO

Fans of RK-Alia will like the visual treat, in which the actor tries something new with the Astraverse universe. Ayan Mukerji’s ten-year effort is not in vain, but we do wish Alia had a substantial role.

Watched the first performance of Brahmastra in Los Angeles, California.
Getting your initial feedback from viewers of this blockbuster movie in a foreign market!

Since SRK’s special appearance is no longer a secret, allow me to say that it is quite magical to watch him perform when he is up there, the screen springs to life! There is no one like Shah Rukh Khan because he is Shah Rukh Khan.

Why I’ve a feeling Dev’s role will be played by Ranveer Singh. Deepika Padukone has a glimpse as well…(won’t reveal the story), but the physique of Dev looked like that of Ranveer’s (thanks to his recent photoshoot), Hrithik is a bit broader, RS is lean… #Brahmastra pic.twitter.com/K5cWftwMqj

Why I have a suspicion that Ranveer Singh will play Dev, Deepika Padukone also catches a glance. (I won’t say what the narrative is), but Dev’s physique resembled Ranveer’s (due to his most recent image), Hrithik is a little wider, and RS is leaner

Last few moments of the untainted excitement of sheer possibility and pure, unbridled #Brahmastra buzz before the show starts and the reality of the film takes a life of its own in our minds. Bring on the Astra-verse 🙂 pic.twitter.com/wBhDoPTTkH

Before the show begins and the reality of the movie takes on its own in our imaginations, there are only a few moments left of the unadulterated excitement of pure possibility and pure, uncontrolled Brahmastra hype.

A lovely, edgy hat-tip to one of the most endearing characters played by SRK
Watch out for it in the end credits of #Brahmastra pic.twitter.com/gCGLa5syV6

A beautiful, edgy hat-tip to one of SRK’s most beloved characters.
Be on the lookout for it in Brahmastra’s closing credits.

#Brahmastra kudos to the team for attempting to build a solid astraverse universe! An immersive experience 👌

Bravo to the guys for making an effort to create a strong astraverse universe! An engaging encounter.

Ppl on Twitter suddenly realising after #Brahmastra that Taran Adarsh has been giving flawed ratings is hilarious. Dude has been doing it for so long, at least you should have caught that when he praised Bhuj and SMJ2.

It’s hilarious to see people on Twitter suddenly realise that Taran Adarsh has been giving inaccurate ratings following #Brahmastra. Considering how long he’s been doing it, you should have noticed when he praised Bhuj and SMJ2.

Brahmāstra, one of the year's most anticipated films, was released in theatres on September 9. The Ranbir Kapoor...