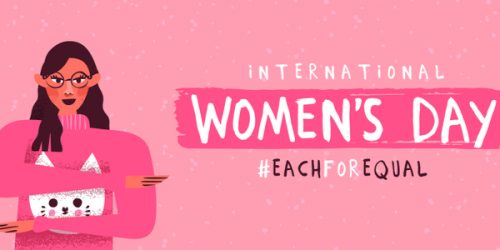 The name ‘International Women’s Day’ itself defines its meaning that a day to celebrate and appreciate being a woman, how much they go through in their life, and what sacrifices they have made to reach a level of equality at which they are now today. It’s a reminder of what they have achieved and a lot needs to be done in the future. Many people enjoy this day with great enthusiasm and with different innovative ways, especially at workplaces.

Women have also become an equal part of society, whether to reach the moon, bring an Olympic medal for their own country, or being an important employee of their company.

That’s we have brought 5 best ideas to celebrate International Women’s Day in offices with colleagues. 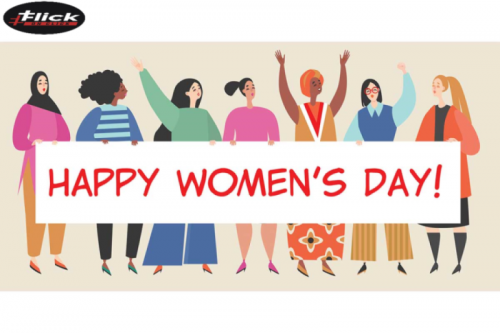 Those were the times when women were not allowed to speak and take a stand for themselves. But time has changed and it has been proved that women also have the courage and power to stand and speak for themselves, even though they can also inspire people and reach greater heights. Now the society has begun welcoming such inspiring women and started complimenting them. Positivity and inspiration don’t demand gender, both can rise either from a male or a female. That’s why surround yourself with such positive females too.


You can ask your male colleagues to bring up their point of view about this discussion that what part of it was inspiring for them and make them understand that women also deserve the same opportunities as they do. Ask them how they will take this forward in their own lives.

Comedy is the best way to spread your thoughts in a non-offensive way. People will listen to what you say and it can create a positive impact. And this can be a good group activity on women’s day as you can joke around on common habits on women but in the end, can add some inspiring words in the favor of women, and people will listen to it carefully. This way it can bring a positive impact in a society that will promote equality.


You can ask your colleagues to go out with you for a movie and you all can go to a movie that centers on a female protagonist. This is the best way to help everyone to have a better understanding and appreciation for women that how they struggle in their everyday life and the challenges faced by them.

You can either discuss a book with your colleagues focusing on struggles and hardships faced by inspiring women around the globe. This way you can bring a small change in the society and one day these small changes will contribute to bringing a positive change in society in the favor of women.

What can be more exciting than grouping together for fun activities? If sports can bring two people close whether belonging to different nationalities then why cannot it can contribute to creating a sense of appreciation towards women. Ask your office to organize game events at least once a month as it will promote gender equality and will deliver a lot of fun.


Sports has been a great medium to unite people and acknowledge people. And we believe that games will definitely promote gender equality and respect for women to a great extent.

A company should launch this initiative in order to show its commitment to women empowerment under the corporate social responsibility wing. This will help in strengthening women’s empowerment as it will give rise to new women entrepreneurs. If such schemes are already being implemented in some offices then they should be evaluated in terms of their outreach and impact on beneficiaries.

Previous articleLove Free Food? Here Are 5 Places in Delhi Where you can Find Delicious Meals for Free
Next articleWorld Sleep Day 2021: How to Get A Good Night Sleep and What Are Its Benefits?
Flickonclick

Best Smartwatches For Women In India: Top 05 Picks For 2022

Pockets are a myth in women's clothing and sometimes even bags. From morning workout routine to running to...
Lifestyle

You can always get into a troubled situation, where you need to step up your game and fight...
Lifestyle

10 Traits Women Observe in a Men Before He speaks

We've all been there: you glimpse a lovely woman across a packed bar. So you pluck up the...
Lifestyle

Bored of gold and silver pendants? Guess what, there’s a new hue in town that all the girls...
Lifestyle

10 Traits Women Observe in a Men Before He speaks

We've all been there: you glimpse a lovely woman across a packed bar. So you pluck up the...
Lifestyle

There has been a vibe of fear and narcissism in the air after the Hyderabad Rape and Murder...
Lifestyle

Check out the Latest Clothing Attire that women admire with the Fuosh. fashion store

Fuosh. is a revolutionary fashion and lifestyle brand that is all about the Vogue, spark, and elegance in...
Lifestyle

'Single women' is a term used in the society with a special mention but why is 'single men'...