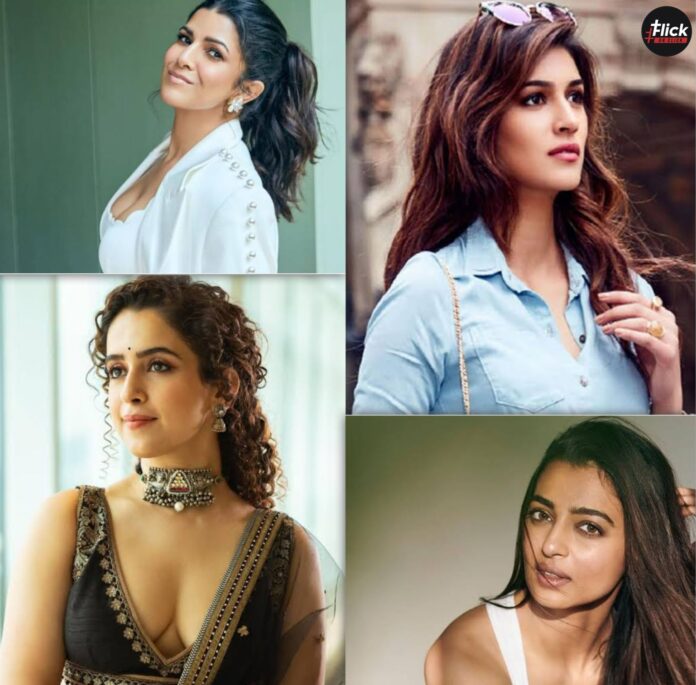 It’s no secret that Bollywood is a difficult place to flourish. It is also upsetting to see how talented actresses are frequently underrated in the film industry. Some actresses are widely praised for their attractive performances in films, but the actual jewels are sometimes missed. As a result, countless versatile ladies have not received their worth in the Bollywood industry. These actresses are noted for their work rather than their notoriety. Although lead actors and actresses in Bollywood movies are normally held in high regard, several supporting females have won our hearts with their performing prowess and ability. Flickonclick has listed some of the most underrated Bollywood actresses that are adored more than the models.

Kriti Sanon is one of the underrated beautiful Indian actresses who primarily feature in Bollywood movies. In 2014, she screened her debut in the Telugu supernatural drama 1 Nenokkadine. She is well-known for her ability to play any character with ease. She has consistently made news for her stunning performances in films such as Luka Chhupi, Panipat, Raabta, and Mimi. We simply cannot get enough of her.

Tillotama Shome has earned hearts and honors for her brilliance, but we don’t see her as frequently as we would like in Hindi movies. She just won the Best Actress title at the South Asian Film Festival for the movie Raahgir. Tillotama has given great appearances in films such as Angrezi Medium, Hindi Medium, Chintu Ka Birthday, and Monsoon Wedding.

Kirti Kulhari’s performances have always wowed the crowd. We’d like to see her on a larger screen. Kirti debuted in Bollywood with Khichdi: The Movie (2010). Since then, she has appeared in the movie, Blackmail, Uri: Surgical Strike,  Pink, and the successful show Amazon Prime Series Four More Shots.

Related: 20 Underrated Actors in Bollywood Who Do Not Get the Deserved Recognition

Radhika Madan has successfully made the leap from tv to the big screen. She has come a great way from daily serial Meri Aashiqui Tum Se Hi in 2014 to starring in Angrezi Medium opposite Irrfan Khan. We’d love to see more of Madan in Hindi movies.

Nimrat Kaur is one of the underrated actresses that widely ignored after delivering a fabulous performance. We wanted to see her in Bollywood after she received great accolades at Ritesh Batra’s Lunchbox. Nimrat’s performance alongside Akshay Kumar in Raja Krishna Menon’s Airlift is equally noteworthy.

Rasika Dugal of Mirzapur has been around for a long time, though she confesses to just being called for assisting tasks. Those who have seen her on stage know she is a fantastic actor who deserves more! Among the well-known shows, she has starred in are A Suitable Boy, Out of Love, and Delhi Crime shows.

Amruta Subhash has participated in the Marathi and Hindi film and tv industries, as well as the cinema. She appeared in Sacred Games 2 alongside Nawazuddin Siddiqui, and she got praise for her portrayal in Choked: Paisa Bolta Hai available to stream on Netflix. She was also in Gully Boy and needs to be recognized for her first identity in Bollywood.

We saw Dangal in 2016 and have been blown away by this brilliant performer ever since. Sanya’s performances in Ludo, Badhaai Ho, and, most lately, Pagglait have consistently exceeded our aspirations. She deserves it, thus she should be on the larger screen in Bollywood.

Despite her strong performances in films such as Luck by Chance, Wake Up Sid, and Lipstick Under My Burkha. Konkana Sen Sharma is rarely seen on the big screen. Her excellent performance in Ajeeb Daastaans previously astounded spectators. we are waiting to see her back in the Bollywood shows and movies.

Netflix, like us, is infatuated with Radhika. What’s not to adore about this stunning and incredibly versatile starlet? She’s one of the rare underrated actresses who deserve far more attention and fame than the current heroines.