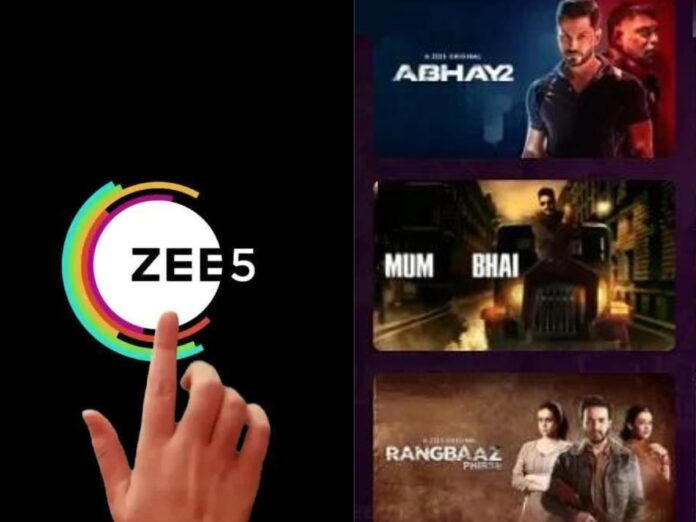 ZEE5 is a popular streaming service that offers a wide variety of content, including movies, TV shows, web series and more. The platform has something for everyone, which is why it’s become so popular in recent years.

If you’re looking for something to watch on ZEE5, then you’re in luck. In this article, we’ll take a look at 15 of the best movies and web series that you can watch on the platform. From comedies to gripping dramas, there’s something for everyone on this list.

The Kashmir Files is a critically acclaimed movie that was released in 2022. The movie evokes a lot of emotions among audiences, particularly towards our country and its soldiers who dedicate their lives to our safety. The movie is based on the story of Krishna, who wants to find out the reason behind his parents’ death in Kashmir. After a series of events, he uncovers a web of lies and a series of unspoken truths that are sure to blow you away.

RRR is a highly anticipated movie directed by Rajamouli. With a budget of around 550 crores, the movie impressed critics with its high production values. RRR is a blockbuster from the Telugu industry, featuring Ram Charan, Junior NTR, Ajay Devgan, Alia Bhatt, and many more. The movie is set in the colonial British era of the late 1920s and revolves around a tale of revolutionaries and their journey away from home. If you are a fan of historic movies, then RRR is the movie for you.

Also read- RRR or KGF Chapter 2 Which movie is better?

Zee5’s Forensic is a smart choice for your next movie to watch on Zee5. It follows the story of police officers with a history of solving cases. The film does a great job of depicting the investigation process, especially in murder cases. The cast did an amazing job bringing this idea to life. The movie shows how forensic students examine all the criminal evidence to try and find one suspect.

Kedarnath is a romantic drama film released in 2018, depicting the love story of Mansoor, a shy Muslim porter, and Mukku, the outspoken daughter of a priest. Despite the objections of others and the challenges posed by nature, the two strive to stay together. Sara Ali Khan’s portrayal of the fun-loving and lively Mukku is sure to win your heart. Stunning visuals and excellent performances make this movie a must-watch.

Crashh was full of violent crime sagas. Crash offers a refreshing and enjoyable experience for viewers. The episodic saga revolves around the story of four siblings who are separated by fate. However, their destiny brings them together again, although with a series of unfortunate incidents. Fans are now eagerly waiting for the second season of this web series, which was one of the top Indian web series to watch on Zee5.

Nil Battey Sannata is a heartwarming drama-comedy directed by Ashwiny Iyer Tiwari. The film follows the story of Apeksha, a 10th-grade student, and her mother Chanda. Apeksha is worried that she will end up becoming a maid like her mother and views studies as a waste of time. In order to motivate her daughter, Chanda decides to take matters into her own hands. The film sheds light on the everyday struggles faced by poverty-stricken people and the unending love of a mother.

Saand Ki Aankh is a must-watch movie directed by Anurag Kashyap. It stars Bhumi Padnekar and Tapsee Pannu as Chandro and Prakashi Tomar, two elderly women who discover they have exceptional shooting skills. The film follows their journey as they train to become professional sharpshooters, overcoming various hurdles along the way. The apt representation of patriarchy and gender discrimination issues, along with well-directed scenes, makes this an excellent film!

The 2016 Uri attack was a tragic event that shook the nation. In response, the Indian government launched a counterattack led by Major Vihaan Singh Shergill. The film Uri: The Surgical Strike is a gripping portrayal of this event, featuring intense action and drama. If you’re looking for a patriotic movie that will keep your whole family entertained, this is it.

Kaagaz is a must-watch film on Zee5 starring the sensational Pankaj Tripathi. Bharat Lal Bihari, a band owner declared dead in government records, is the main character. The film starts with some light-hearted comedy as Bharat learns about his death certificate. Later, he decides to expose corrupt officials and others who share a similar fate. The plot thickens as he takes on this challenge – what happens next is a mix of drama, comedy, and satire at its peak!

ZEE5’s Naxalbari is a highly realistic and intriguing show. Based on the real-life Naxal movement in India, this fictional story is filled with many lifelike plotlines. Rajeev Khandelwal and Aamir Ali star in the lead roles and the show has received rave reviews from both the masses and the critics.

If you’re a fan of Manoj Bajpayee, then you’ll definitely want to check out Silence. It’s a gripping story about ACP Avinash Sharma, a narcotics officer who’s assigned to investigate a murder. The investigation quickly leads to uncovering of a web of lies and unspoken truths. The movie also stars Prachi Desai, Barkha Singh, and others. You can watch it now on Zee5.

Shaadi Mein Zaroor Aana addresses a number of social issues, including dowry, bribery, and gender equality, through the story of Satyendra and Aarti. The two meet for an arranged marriage but ultimately fall in love with each other. However, on the day of the wedding, Aarti decides that she values her education more than her love for Satyendra and runs away. This leaves Satya heartbroken and humiliated. He continues on with his life, unaware that he will cross paths with Aarti again. You will find Shaadi Mein Zaroor Aana as one of the best movies on Zee5 to watch in 2023.

Bob Biswas is one of the latest movies trending on Zee 5. It stars Abhishek Bachchan in the titular role and follows the story of an assassin who wakes up from a coma with amnesia. As he starts to piece his memories back together, he realizes that there’s more to his past than he originally thought. If you’re looking for a worthwhile movie to watch on Zee 5, definitely check out Bob Biswas.

Rashmi Rocket, starring Taapsee Pannu, is one of the best movies on Zee5. The movie is based on the story of Rashmi, a small-town girl who has to overcome many societal barriers to compete in a national level competition as an athlete. However, she faces a major obstacle when she is asked to undergo a gender test which puts her dreams on hold. Watch Rashmi Rocket now and find out how she persevered through this struggle.

Kaafir is one of the best web series on Zee5 that captures the emotions of an individual caught in a cross-border story. Mohit Raina and Dia Mirza star as Kainaz, a Pakistani woman who is labeled a militant in India. Through a heartwarming story, the show portrays socio-political conflicts in a captivating manner.

Halloween is just around the corner, and most of us are probably gonna party with our friends in...
Entertainment

Panchayat season 2 not only surpassed fans' hopes but also provided some surprising meme material along the road....
Entertainment

Vaani Kapoor is a famous Indian Actress and model, was born on 23rd August 1988 in Delhi, India....
Entertainment

While a majority of users would go head over heels for a free Netflix subscription or Amazon Prime...