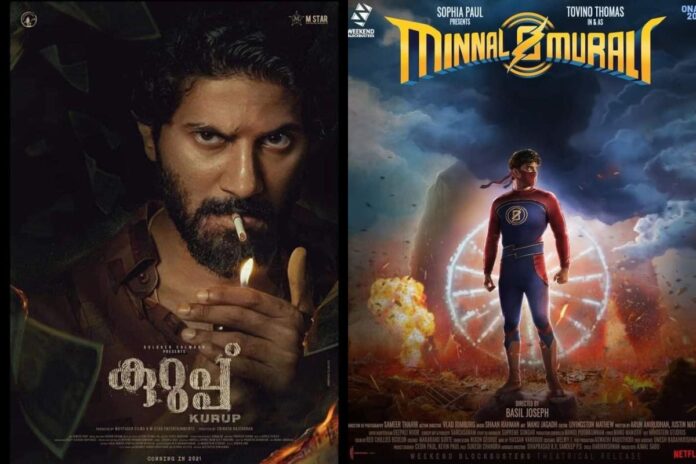 One of the best Hindi dubbed Malayalam movies to watch on Netflix is this superhero drama that makes an ordinary story compelling. The film follows a tailor who gains supernatural powers after being struck by lightning. He then needs to save his hometown from a threat that has powers which can overpower his abilities.

Everyone’s favourite Dulqueer Salmaan stars in this Hindi dubbed Malayalam thriller movie on Netflix. The film is based on a true story of a scammer who tried to cheat the system in order to make quick money. The movie shows the backstory of the anti-hero and details the events which lead to his life as a white-collar criminal.

This is one of the best Hindi dubbed Malayalam movies to watch on Netflix when it comes to mystery and suspense. Veteran actor Mammooty plays the main lead in this edge-of-the-seat thriller. The film follows an ace detective who must uncover the conspiracy behind the murder of a politician. Some viewers claim that this film has a similar thrill and drama to the highly acclaimed Drishyam movies.

Lucifer is claimed to be one of the best Hindi dubbed Malayalam movies of all time. The film is currently streaming in Hindi on Amazon Prime Video. The movie follows a mysterious figure who takes up the position of a political leader whose demise causes a lot of chaos. It stars Vivek Oberoi and Mohanlal in the lead.

City of God is a thriller that follows four families meeting each other due to strange events. Their paths begin to collide, and something mystical appears at work. The lives of these families are explored in Cochin. It is surely among the best Hindi dubbed Malayalam movies on Amazon Prime Video right now.

Dulqueer Salmaan features in this Malayalam movie, which is one of the best Hindi dubbed action comedies to watch on Amazon Prime Video. The film follows a thief’s son who must compete for the post of a police officer against the likes of people who deem him unfit for such righteous work.

Starring the veteran actor Mammooty, Shylock is an action thriller that follows a man who refuses to pay his debts. His life is then turned miserable at every end by the creditor. The Hindi dubbed version of this Malayalam movie is available on Amazon Prime Video.

Last but not least on the list of best Hindi dubbed Malayalam movies on Netflix and Amazon Prime Video is Forensic which was released in 2020. The movie follows a forensic expert who must stop a psychotic killer in his tracks before the latter goes on a murder spree. It is available to stream on the OTT platform Netflix.

Top 5 TV Series you can binge watch on Netflix Anytime!

Netflix remains the top TV series and motion picture streaming platform because of its ease of use, no commercials, and...
Entertainment

A major fight or a massive action scene is not necessary for an engaging or thrilling movie. Just...
Offers

It is a universal truth that every time you see a sequel movie, you are stuck with a...