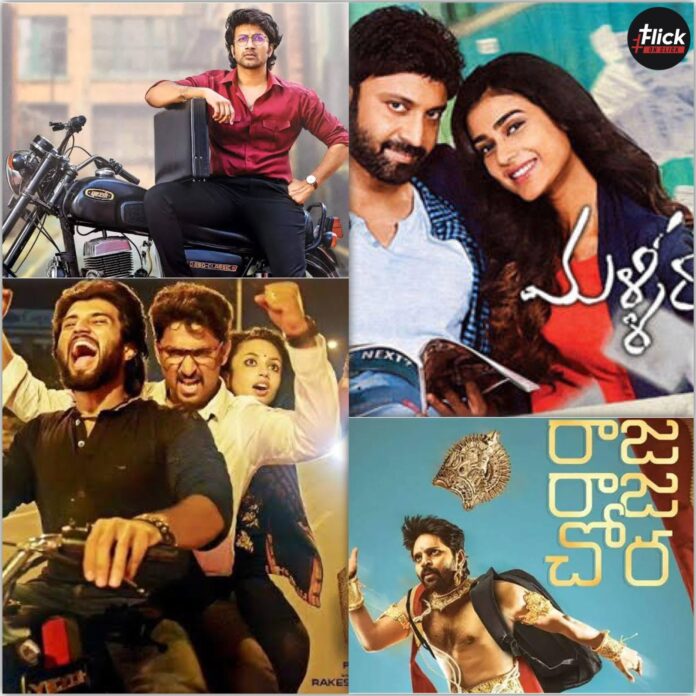 Are you bored with the love stories and comedies that are continuously repeated in Bollywood Blockbusters? Don’t worry we have a backup plan for you. Start watching Telegu movies you will not regret our suggestion. Moreover, Tollywood introduces plenty amount of movies that are gems in the film industry but are underrated due to our ignorance. There are undoubtedly a few films that go overlooked due to unpopular lead performers, inadequate distribution, or insufficient marketing. Tollywood has created a plethora of treasures in recent years, some of which were overrated and many of which were underappreciated. As a result, these are the Top 10 Underrated Tollywood Movies in Recent Years that are worth watching.

In terms of results, this movie is one of the finest in actor Mahesh Babus’s acting career. This film is directed by Tollywood’s top movie director and phrase writer “Trivikram Srinivas.” This film is now being broadcast on TV networks with strong TRPs. In addition, the film scenes are well-known for their logical humor monologues.

Raja Raja Chora is a whimsical, humorous story about a software engineer. It depicts a clerk’s quest for luxuries in life and his path through worldly illusions. The lead actors are Sree Vishnu and Megha Akash. Raja Raja Chora is one of the best-underrated Tollywood movies that has received excellent feedback. The film’s narration, which feels straight out of a desi comic book, sets the stage for predicted future events.

Ami Thumi is a farcical comedy about two teenage couples (Eesha Rebba and Adivi Sesh, Srinivas Avasarala and Aditi Myakal) struggling to salvage their romances from familial conflict. This film, like Indraganti’s first big victory, Ashta Chamma, travels at a rapid pace with a plethora of engaging situations and outstanding performances from the entire cast. A two-hour-twenty-minute comedy that delivers on its ideals.

NET is a computer thriller about the dark side of the internet. This picture arrives at an ideal time for India, which has long progressed from a technologically challenged to an internet-abundant country. It incorporates real-life examples of technological misuse. The movie is an engaging watch, with the concept of monitoring others through illicit cameras. It is the ideal response to malicious activities on the internet. Rahul Ramakrishna and Avika appear in the major roles.

Sharan Koppisetty directed the legal drama Thimmarusu. It features Satyadev and Priyanka Jawalkar in the key roles, as well as Kanchara and Viva Harsha in supporting roles. This dramatic story holds one’s attention with various surprises and twists. Thimmarusu is one of the top OTT-released Tollywood undervalued movies to watch after a brief run in cinemas.

Vivaha Bhojanambu is the greatest remedy to the pandemic’s effects. Sathya, Sudeep Kishan, and Aarjavee feature in this out-and-out comic entertainment. The plot centers around a derisory middle-class insurance broker who practices frugal business practices. Ram Abbaraju, the filmmaker of the movie, depicts events following the national lockdown declaration in a humorous way.

Vivek Athreya made his first appearance with Mental Madhilo, a love drama featuring Sree Vishnu and Nivetha Pethuraj, and is now receiving all the acclaim he merits with his recent super-hit movie, Brochevarevaru Ra. A heartwarming love story about an appealing couple, enhanced by a sophisticated narrative approach and euphonious melody. This is a good weekend movie.

Nag Ashwin’s Yevade Subramanyam is a nice experience with a feel-good tale, charming character interactions, beautiful music, and outstanding performances from the lead actors. It is the polar opposite of all the conventional films that we generally witness in Tollywood. If you’re prepared to accept a unique film with a few problems, we highly recommend watching it with your colleagues and relatives.

C/O Kancharapalem, starring mostly an anonymous cast, relates four separate love tales of different ages in the most touching way imaginable, bringing in more of that independent cinema feel. Set in Kancharapalem, a small neighborhood of Visakhapatnam, the storyline’s believability aspect increased the film’s brilliance and made it an engaging watch. Do not pass it up!

Malli Raava, directed by Gowtham Tinnanuri before the 2019 cricket thriller Jersey, starred Sumanth and Aakansha Singh in the key roles. With a storyline that explores the marriage or relationship at three different life stages, this film is one of the most underrated movies of recent years. Malli Raava is a must-see for its lovely music and conventional plot portrayed in a variety of ways.