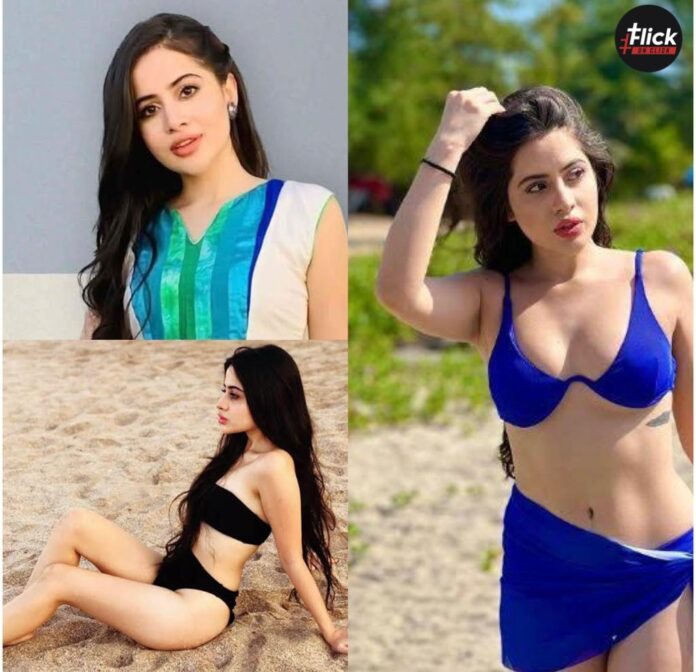 Urfi Javed is an Indian Tv Actress, Model, and Starlet who was born on 15th October 1997 in Lucknow, Uttar Pradesh, India. She is most recognized for her performances as Portrayal of Avni in Bade Bhaiyya Ki Dulhania, Aarti’s role in Meri Durga, and Bella in Bepannaah, which all allowed her to identify herself as a major attribute of Indian theatre.   She attended City Montessori School in Lucknow, UP, India.  Moreover, she graduated from Amity University in Lucknow with a degree in mass communication.

Perhaps you’re all wondering about the age of this lovely actress. So we’re telling you that she’s only 25 years old and that her zodiac sign is Libra. She, like many Libras, enjoys art, is nice and simple, and enjoys spending time with her loved ones. Best qualities, as well as a beautiful attractiveness! No?

It must be an intriguing aspect of her lovely nature that she is a well-educated superstar, unlike many others in the field. Urfi Javed has a grade in mass communication but has not pursued a career as a presenter or news reporter. Instead, she entered the glitzy worlds of acting and modeling, and we can perceive that she made the right decision.

You may recognize Urfi Javed as Avni Pant in the TV series Bade Bhaiyya Ki Dulhania (2016), however, few people are aware of her initial project. She made her television/tv acting debut in the program Tedi Medi Family (2015).

We are convinced that you are unaware of her obsession with social networking sites. Her Instagram account has almost 1.2 million followers. Her Facebook page has a sizable number of fans. She maintains her fans up to date on all of her life events and enjoys sharing her latest stories with the audience.

Many people are unaware that urfi Javed is a passionate reader, which is an intriguing and inspirational fact. She enjoys reading in her spare time. She has a large library of beloved novels. Some of her favorite novels are listed below in case you want to explore them as well.  2 States: The Story of My Marriage by Chetan Bhagat, and wealth, and Privilege by Jeanette Watts are her favorite novels.

It’s intriguing evidence about her that she worked for a well-known fashion designer in Delhi before officially entering the theatre industry. She worked as an intern there and received valuable expertise that helped her much with fashion design ideas.

We are aware that you are unaware of the fact that your favorite celebrity enjoys both traveling and dancing. These are her only interests. She enjoys traveling to new locations and dancing till her feet hurt.

Urfi Javed is an animal lover who enjoys caring for her pets. She also frequently uploads images of her dogs on her social media accounts, which her fans and following adore.

Urfi Javed is highly concerned about her physical health. She has a large number of exercise videos on Instagram. She also enjoys yoga and going to the gym, and she follows a strict diet schedule and workouts regularly.

Previous article
The Kapil Sharma Show Comes to An End: Know Which Show Will Replace It
Next article
Atif Aslam or Arijit Singh, Who is a Better Singer?
Flickonclick Team

Sara Ali Khan, the daughter of Saif Ali Khan and his ex-wife Amrita Singh, was quite famous even...
Talent

Yami Gautam is a popular Indian actress, model, and artist who was born on 28th November 1988. She...
Entertainment