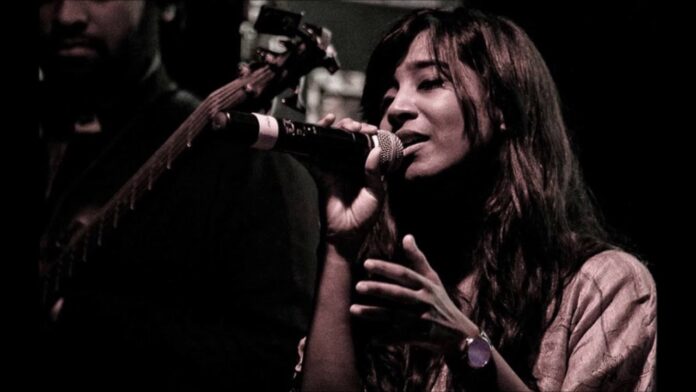 Shilpa Rao is a well-known playback vocalist in the Hindi film business. Some of Shilpa Rao’s most hit songs include Bulleya Ae Dil Hai Mushkil, Khuda Jane from the movie Bachna-E-Haseeno, Malang from Dhoom 3 movie, and Ishq Shava from Jab Tak Hai Jaan blockbuster. She began her career in 2007 with the track Tose Naina from the movie Anwar, which Mithoon gave her.

Shilpa RaoRao became famous after performing Khuda Jane from Bachna-E-Haseeno. She got selected for this song as well. She also worked with practically all of Bollywood’s great singers, and everyone admired her. She worked with A.R. Rehman on Ishq Shava from Jab Tak Hai Jaan in 2012. This song was one of the year’s biggest singles and dance routines.

Ranbir Kapoor played a musician in Karan Johar’s love drama. So, of course, there had to be a lot of melodies. While Arijit Singh provided his voice for the entire film, the persona was matched by Aishwarya Rai Bachchan, who portrayed a shayara. Shilpa provided her voice and it was liked by the audience as the cherry on the cake.

This song from Yash Chopra’s romance drama, starring Katrina Kaif and Shah Rukh Khan, is the pinnacle of every singer’s profession. She received a call from the team of music legend AR Rahman. She wasn’t expecting the crowd when she came to film the song: Rahman, legendary lyricist Gulzar, Yash Chopra, and child Aditya Chopra.

The most amazing song of recent years is a track that talks about the euphoric experience of being in love and the lasting effects, with some beautiful background harmonies and excellent music. Similar to every other track on the Playlist, this one reflected the film’s quietness. Shilpa recalls it as the shortest recording history.

The song is a parody of Pankaj Udhas’ ghazal ‘Ghungroo Toot Gaye,’ and it stars Vaani Kapoor and Hrithik Roshan in the dance performance. Shilpa’s fourth collab with Vishal-Shekhar and Siddharth Anand. They previously worked together on ‘Meherban’ in Bang Bang movie (2014), the soundtrack in Anjaana Anjaani (2010), and ‘Khuda Jaane’ in Bachna Ae Haseeno movie (2008)

Wo Ajnabee, another Mithoon collab is one of the best songs sung by Shilpa Rao. It was shot on Emraan Hashmi and Sayali Bhagat in the same year as her premiere. It was a duet, similar to ‘Ghungroo,’ in which she shared the microphone with Vishal Dadlani, while her music creator doubled as the man’s voice.

Shilpa had yet another chartbuster during the same year as ‘Ghungroo,’ the theme song of Abhishek Varman’s historical drama Kalank movie. While the film starring Alia Bhatt and Varun Dhawan failed at the box office, the music has continued to gain popularity. It was one of the best songs sung by Shilpa Rao in 2019.

Shellee composed this song, which represented Trivedi and Shilpa’s first collab. It was the introductory progression of Anurag Kashyap’s Dev.D, a remake of Devdas, shot on Mahi Gill. Shilpa admits to being the one who connected Trivedi to Kashyap.

A tender romance melody from the movie BANG BANG! Siddharth Anand created the film, which starred Hrithik Roshan and Katrina Kaif in major roles  This song was also shortlisted for the Mirchi Music Prizes in the category of Critics’ Choice Emerging Music Composer of the Year. Shekhar Ravjiani, Ask King, and Shilpa Rao composed the music. Shilpa Rao was well applauded by the entertainment industry after the premiere of this song, which was also considered one of the best Shilpa Rao songs.

How could anyone miss this gorgeous track from this magnificent film, which in the end affected everyone’s soul? Because of this track, the film received an advantage over other movies in the romance and melodrama categories in 2018. Samuel and Akanksha created the music beautifully, while Shilpa Rao provided gorgeous vocals for this song.

‘Maahi’ is one of the best songs of Shilpa Rao from her album Maahi, which was recorded in 2018. This song created a huge impression on her listeners’ hearts because it was favorably received and garnered fame during its original release.

Read More: Top 10 Songs by Darshan Raval You Must Listen To

Sonu Nigam or Shaan Who is a better singer?

Shaan and Sonu Nigam are two of Bollywood's most well-known and well-liked actors. They have sung incredible tunes...
Entertainment

Himesh Reshammiya has revolutionized the Bollywood music scene in his unique way. He pioneered a brand-new genre of...
Talent

Ali Sethi is a Famous Pakistani singer who is appraised and loved all over the world. He has...
Talent

In 2004, Indian Idol blessed us with Rahul Vaidya golden voice and some of his best songs. Now...
News

Bappi Lahiri, the singer-composer who pioneered disco songs in Indian movies in the 1980s and 1990s, expired on...