From party hits to soulful romantic tracks, Sunidhi Chauhan is a versatile singer who has done it all. The former judge of Indian Idol is known for her boisterous voice that can easily adjust to the demands of a song. She was one of the top singers in Bollywood during the first decade of the 21st century. Sunidhi still continues to mesmerise her fans whenever she finds an opportunity to do so. Today, we have brought for you the best songs of Sunidhi Chauhan to celebrate the life and career of this melodious artist. 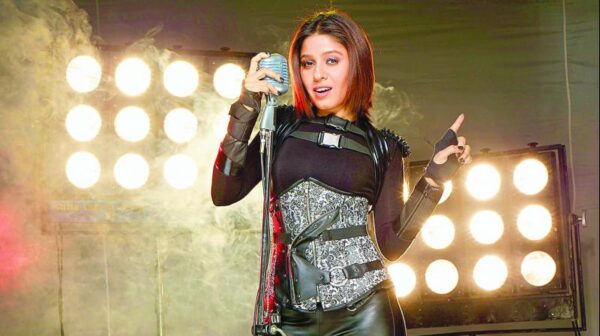 Here are the 10 best songs of Sunidhi Chauhan:

“Mere Sang Toh Chal Jara, Kyun Dikhe Dara Dara” when Sunidhi Chauhan said this, she touched our souls. A timeless, beautiful track that continues to grow on you with every hearing. Mere Sang is a song that makes you feel helpless yet hopeful at the same time. Her voice encompassing all the different emotions is a true delight to our ears.

A cheerful and joyful song that always brings a smile to our faces, Chor Bazari, is a must-listen Sunidhi Chauhan song. It will remind you of all the silly things you have done with your partner in crime. It’s one of the best songs of Sunidhi Chauhan.

Sunidhi was at her soulful best when she sang this mesmerising track that still rules our hearts even after more than 15 years of its release. Shaan and Mahalaxmi Iyer are also excellent with their voices in this loveable track.

A chartbuster that remains one of the most popular and hottest songs of all time, Sheila Ki Jawani was a song that swept away the nation with its energetic and enthusiastic tone. The song just exclaims that Sunidhi is the top artist when it comes to singing masala songs.

Ainvayi Ainvayi became the life of Indian weddings when the banger was dropped by Sunidhi Chauhan in the Bollywood film Band Baaja Baraat. The song just makes you dance to its tunes. One of the best songs of Sunidhi Chauhan that you should not miss out on.

A trendsetter, Dhoom Machale was a massive hit that is still regularly used in various events. The iconic Dhoom anthem is a zestful and lively track. Sunidhi Chauhan’s vibrant energy is clearly felt in this peppy track.

Sunidhi Chauhan was nominated for the Filmfare Award for Best Playback Singer for this touching and poignant patriotic song that has already achieved the status of a classic. Ae Watan is a song that has transformed into a must-listen track on Indian patriotic festivals.

One of the best songs of Sunidhi Chauhan Aaja Nachle is an animated track which will fill you with zest and joy. “Mera Jhumka Utha Ke Laaya Yaar Ve” is an iconic line that almost all of us have heard at one point in our lives.

All the desi girls loved it when Sunidhi Chauhan said, “Who’s the Hottest Girl in the World, My Desi Girl, My Desi Girl”. I was almost about to write the entire lyrics of the song. The energy and vibe of her voice are just so addicting that I just can’t get enough of it.

Last but not least on the list of best songs of Sunidhi Chauhan is Crazy Kiya Re, a track which garnered her an IIFA Award nomination for the best playback singer. Another party starter was a phenomenon when it was released.

Are you a follower of the talented singer Anuv Jain? Have you heard the Baarishein song? Worry not...