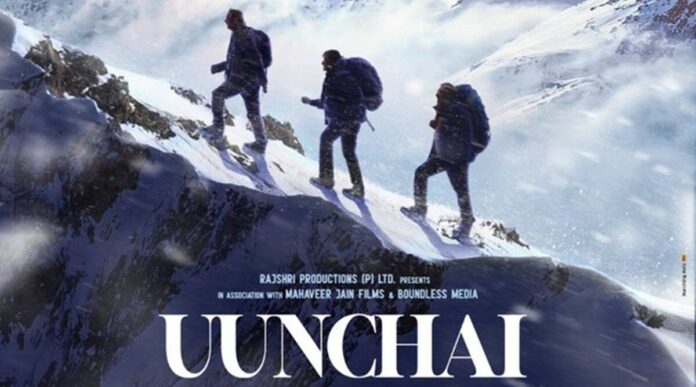 Uunchai, starring Amitabh Bachchan, Parineeti Chopra, Anupam Kher and Boman Irani, is soon releasing in the theatres. The movie is an emotional drama that aims to bring forward a beautiful story of friendship. A trailer of the film was recently released, and it was well received by the viewers and critics. Here we have covered the Uunchai OTT Release Date, OTT Platform and TV Rights.

The OTT release date of Uunchai is not yet confirmed by the makers of the film. However, we are expecting the movie to release on an OTT platform in December. The producer, Rajshri Productions, will have the last say about the OTT release date of Uunchai. Generally, a mid-budget film takes about 30 days to be released on the OTT platform. The same can be true about this film as well.

Amitabh Bachchan, Anupam Kher and Boman Irani will play three friends who embark on a journey to scale Mount Everest after one of their friends who had this dream passed away. Danny Danzongpa, Neena Gupta, Parineeti Chopra and Sarika are the other notable stars in Uunchai.

Bookmark this webpage to get the latest updates on Uunchai OTT Release Date, OTT Platform and TV Rights.

Thai Massage is an upcoming Bollywood satirical comedy which will be released the theatres on 11th November 2022....