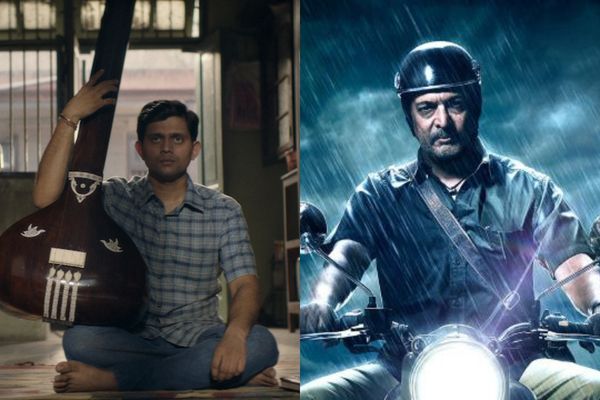 Gone are the days when Marathi movies were watched only by the Maratha people. With the OTT universe continuing to expand, the best Marathi movies have started to make people search for more and more Marathi films on Netflix, Amazon Prime and other digital streaming services.

The Marathi cinema produces diverse movies, from romantic dramas, funny comedies, and scary thrillers to edge-of-the-seat horror flicks. Netflix has some of the best Marathi films you can watch online if you are looking for something fun and entertaining.

Best Marathi Movies on Netflix in 2022:

Riteish Deshmukh, Saiyami Kher and Jitendra Joshi feature in this Marathi film that’s filled with hardcore action and drama. The movie tells the tale of a cowardly policeman who shares his twin brother, who has a completely different personality. When they move to a new place, everything turns chaotic and dangerous. It’s one of the best Marathi movies to watch on Netflix in 2022.

This Marathi language thriller features Nana Patekar as a determined investigator who is hell-bent on reaching the truth and uncovering lies. The movie follows an elderly man who accidentally falls off his balcony. However, the investigation thinks otherwise and starts to question the son and daughter-in-law of the elderly man to find out the truth. Aapla Manus is a well-thought-out film that we believe you should not miss out on Netflix.

Nawazuddin Siddiqui portrays the role of the late Bal Thackeray in this Marathi biopic that was released amidst huge controversy and drama in 2019. The film follows the meteoric rise of Bala Saheb Thackeray, a far-right Shiv Sena leader who became Maharashtra one of the most controversial figures in the political world. Amrita Rao and Rajeev Panday also feature in this film that rightly deserves a spot on the list of best Marathi movies on Netflix.

Another interesting Marathi biopic that we consider a must-watch is Ani Dr Kashinath Ghanekar. The film follows the life of Dr Kashinath, a dental surgeon who decides to pursue acting despite facing obstacles both in his personal and professional life. Kashinath becomes a bonafide superstar in Marathi cinema in spite of all the drama around him.

This is a heartwarming romantic comedy-drama in Marathi language streaming on Netflix. The film follows a village child who sees an opportunity to meet the girl he likes after his village’s kabaddi team decides to travel to Mumbai. However, his speech impediment may prove to be his fatal flaw as the sport requires you to utter Kabaddi all the time when you are competing. It’s our personal favourite in the list of best Marathi movies on Netflix in 2022.

Cycle is a Marathi comedy movie that’s loved in Maharashtra for its simple yet hilarious plot. The movie follows an astrologer who considers his cycle to be his most prized possession. However, one day a few thieves steal his bicycle to disrupt his daily life. The movie will keep you laughing at all times with its on-point comedy.

An inspirational and motivational movie in the Marathi language, Sur Sapata, will give you wings to follow your passion and dreams. The movie follows a few small-town young boys who are enthralled by an opportunity to play their favourite sport, Kabaddi, at a higher level. They strive extremely hard to bring glory to their small town and raise the morale and hopes of their people. It’s easily one of the best Marathi movies on Netflix to watch right now.

Kaagar is a romantic action drama in the Marathi language. The film follows a man who works for a politician. He falls in love with the politician’s girl only to find out that a political conspiracy behind the scenes is working to destroy their world. You will love the twists and betrayals in this love story.

Footfairy is a Marathi comedy movie that follows a serial killer with a weird foot fetish. A CBI inspector is tasked with tracking down and capturing the killer who is running rampant in the city. Sagarika Ghatge, Kunaal Roy Kapur and Gulshan Devaiah feature in this one of the best Marathi movies on Netflix in 2022.

Last but not least on the list of best Marathi movies on Netflix is The Disciple, a drama that you can relate to. The film follows an aspiring classical vocalist who is seeking to achieve mastery in his field. However, self-doubt and struggle make him experience an existential crisis.

Thunivu starring Thala Ajith and Manju Warrier, is going to release on the OTT Platform Netflix on 10th...
Entertainment

Are you in the mood to curl up in your blanket and dim the lights to immerse yourself...