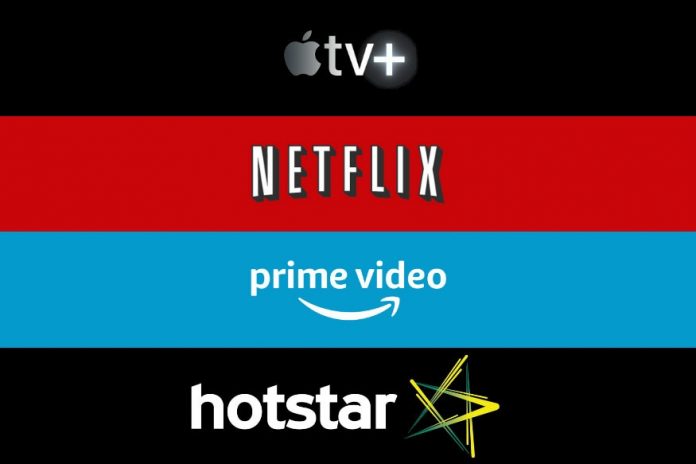 We know that our filmy audience cannot control themselves from watching spectacular Bollywood movies. That’s why we have made a list of all the Upcoming Bollywood movies  which will be releasing in theatres and popular OTT platforms like Netflix, Amazon Prime Video, Zee5 in December 2020. Let us take a look at the list which is made especially for you.

This film is based on a short story written by Rabindranath Tagore. It promises to be an exhilarating family drama that depicts a special bond shared between a master and his caretaker. The boy (master) returns after 20 years with a family comprising of a wife and their son. Now, the son of a rich coal miner (Anukool) wants his caretaker (Raicharan) to take care of his son too as he took care of him and be his friend. Raicharan (Sharib Hashmi) never had a child so he gets emotionally attached with this one and this led to an incident that changed both of their lives. What will Anukool (Sharad Kelkar) do when his child is taken away from him?

You will also be seeing Rasika Dugal plays the role of Sharib’s wife and Flora Saini as the wife of Sharad Kelkar.

Kiara Advani is back on screen with ‘Indoo Ki Jawani’ this time and her fans don’t have to wait anymore. Judging by the two-and-a-half-minute trailer of the film, it seems to be a love story between an Indian girl and a Pakistani boy who met each other on a dating app. How good can a love story be without comedy, right? The story came with an unexpected twist by portraying Aditya Seal as a Pakistani, while the reason for his visit to India is not revealed, which adds more confusion and spark in their love story. Let’s see, how much fun this India-Pakistan duo will bring in the story?

Another one of upcoming Bollywood movies is premiering this year on Amazon Prime ‘Durgamati’, with the most talented actors of Bollywood, starring Bhumi Pednekar as ‘Chanchal Chauhan’ – an ex-IAS officer and ghost ‘Durgamati’ with Arshad Warsi as ‘Ishwar Yadav’. The story is based on a conspiracy to charge Ishwar Yadav for corruption as he is a wise politician. This is when Chanchal Chauhan comes into play and a deal is made with her by the officials that if she can turn Ishwar Yadav corrupt then she will be free from all the charges and will get her job back. The trailer then showcases the transformation of Chanchal Chauhan into a ghost at the haunted Durgamati palace. Will Chanchal be successful in turning Ishwar Yadav corrupt and free herself?

This is a story of an Army Officer who rises in his life after many tragedies and decided to teach refugee camp children how to play cricket as he believes that these children are not meant to do something with terrorism, also not meant to be suicide bombers. Will he succeed in keeping these children away from this path of destruction?

Sanjay Dutt is playing the major role of an Army Officer along with Rahul dev as a terrorist and Nargis Fakhri.

Father and son are back with their next film “Coolie No. 1” – a remake of the original 1995 film. The film stars Varun Dhawan and Sara Ali Khan, directed by David Dhawan. The original trailer hasn’t been released yet. The film seems to be very promising as the viewers could see the flashbacks of a 15-year-old film in a modern way.

Cirkus, the Bollywood comedy movie directed by Rohit Shetty released in the theatres on 23rd December 2022 and...
Entertainment

The Friends Reunion show is released today and is now available for streaming over at Zee05. If you...
Entertainment

December may be the final month of the year but it is loaded with big blockbusters which promises...
News

The Indian government has announced to exercise the use of E-Passports soon in the country. The decision is...
News

PlayStation 5 or PS5 has become one of the hottest topics in the gaming community. Trending on Twitter,...
Entertainment

Social media has taken a huge toll over #BoycottNetflix. As far as social media platforms like Twitter is...