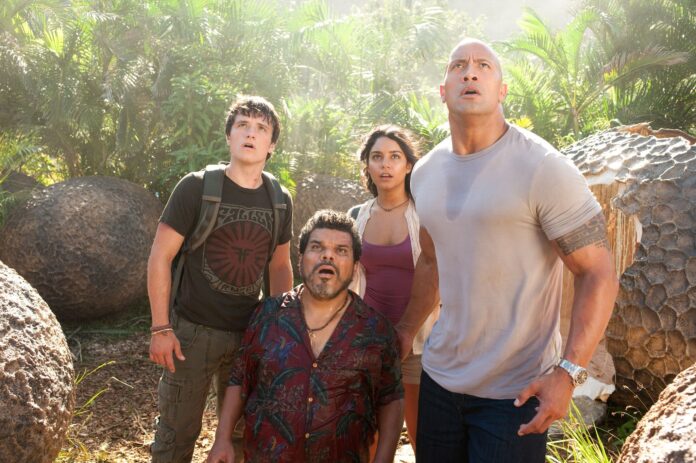 People can improve themselves through adventure. It contributes to the development of a character and the formation of a fresh perspective on the world. Hollywood adventure movies hold a special place in our hearts.

So, what constitutes a good adventure story? Going through a few of these films, there are some genuinely epic narratives of survival and remarkable feats of human endurance – all of which have followed the basic theme of humanity’s innate desire to journey to the most remote areas on Earth. So, pull up a chair, pop some popcorn, and dive into our pick of the best Hollywood adventure movies on OTT in 2022.

This is a fantastic adventure story. This film is based on the true story of an athlete and a high student’s trip. Instead of pursuing a lucrative and promising career after education, he abandons his house, family, and all pleasures. All of the items he carried were donated to charities, kicking off a tour throughout America.

The Dawn Wall chronicles Tommy Caldwell’s intriguing biography and how he approached one of the world’s most difficult free climbs, The Dawn Wall. The film was released in 2018, however, it wasn’t presented on Netflix until March 5, 2019, most likely due to the massive public popularity of Free Solo, Jimmy Chin’s Oscar-winning biopic on Alex Honnold’s historic ropeless ascension of El Capitan.

The first part of Peter Jackson’s trilogy translation of J.R.R. Tolkien’s renowned epic literature exposes us to the imaginary addendum that is all of Mid Earth and its people. With appearances by Elijah Wood, Ian McKellen, Cate Blanchett, and Orlando Bloom, audiences join the earnest journey of adolescent hobbit Frodo and his caravan of comrades.

Mads Mikkelsen plays a military soldier who lost his spouse in an “accident” that may have been murder. His thirst for vengeance has been sparked, and he is irresistible. Mikkelsen has always picked strange, paradoxical ventures, but this one fits him perfectly. It employs much of the “running around and battling” techniques he earned as a villain in Dr. Strange, but with a lot more emotional resonance. Yes, it’s in another tongue, but don’t let that put you off. It’s thrilling in the nicest way.

Andy, played by Charlize Theron, is the leader of a group of eternal warriors who struggle to maintain their identity while administering justice from the shadows. A new person joins their team, upsetting the delicate balance they’ve fought so hard to maintain. There’s a lot of ass-whooping in this film (it’s based on a fantastic comic book), but it’s also a thoughtful look at what would happen to a human who lives for thousands and thousands of years. The movie was so successful that a sequel is in the pipeline. It is one of the best Hollywood adventure movies available to stream on Netflix.

14 Peaks: Nothing is Impossible

This, like Free Solo, is another of those climbing movies that have successfully entered the public. It portrays Nims Purja, the ‘Usain Bolt of 8,000-meter mountains,’ a Nepalese climber, as he strives to become the quickest person to conquer all 14 of the world’s highest summits. The record to break is seven years. His deadline is in 7 months. Along with tracking this extraordinary journey, the video sheds light on the abuse of Sherpa climbers in Nepal during recent climbing history.

Everest has all you’d imagine from the best Hollywood adventure movies i.e. adaptation of the tragic 1996 season, in which eight climbers tragically died while attempting to reach the top of the world’s tallest peak. Everest has it all: Jake Gyllenhaal as Scott Fischer, dubious climbing skills, and a $55 million expense. This mountain adventure movie is now available to stream on Netflix.

This Christopher Nolan movie relies significantly on adventure paired with twisty, sophisticated plot techniques. Inception, perhaps the biggest example of this, is about burglars (headed by Leonardo DiCaprio) slipping into someone’s mind while they are sleeping, seeding an idea, and then getting out without being discovered. It’s far more difficult than that, but it happens somehow. And then there’s the ending.

Jumanji: The Next Level

This new Jumanji film mixes fantasy adventure and action with humor, romance, and real-life messages about bravery, friendship, and compassion with the assistance of some subtle race and gender flexibility. The four students in high school who were dragged inside an old-fashioned video game console and transformed into classic adventure warriors (some more heroic than others) were so excited to go home that they shattered the console.

Cast Away is one of the best Hollywood adventure movies available to stream on Netflix. Tom Hanks plays Chuck Noland, a FedEx technician who becomes stranded on a remote island while on business. Noland’s chalk-tallied days passed with his volleyball partner become more than a trial of will in a real case of man vs. wild. They become a measure of humanity and his understanding of the world.

The Treasure of the Sierra Madre

Five female scientists go inside Area X, a sinister and unknown ecological phenomenon overtaking Florida’s shoreline, in this dramatization of Jeff VanderMeer’s popular climate fiction book. The trip into the unfathomable, starring Natalie Portman, Oscar Isaac, Gina Rodriguez, and Tessa Thompson drives these researchers to the extremes of their minds and sanity.

This picture had several marketing troubles and didn’t fare well at the box office, yet it is one of the best Hollywood adventure films. Fans found it after it became available on streaming, and it is now regarded as a Tom Cruise classic. Essentially, Cruise is a warrior who is splattered in the head with some alien gunk during battle and subsequently dies. The next day, he awakens up and gets to replay the same day, choking to death over and over again until he learns how to end it.

Nothing says “adventure” nearly like a journey through the trash-covered cosmos, right? The third movie in Marvel’s Thor trilogy is the broadest, focusing on a wild voyage through space that leaves a helpless Thor trapped in a bizarre world ruled by a malevolent Jeff Goldblum. Ragnarok, filmed by Taika Waititi, is a one-of-a-kind highlight in Marvel’s filmography.

Understandably, not everyone enjoys comic books or superhero movies. Even if you aren’t, there are a few movies that will appeal to you as straight-up action pictures that don’t necessitate an encyclopedic knowledge of every movie world. So, it was with the first Avengers. What’s great about this film is that it delves into the practicalities of a dysfunctional team attempting to get their act together it’s the polar opposite of what you’d anticipate from this genre.

Journey 2: The Mysterious Island looks exactly like one of those live-action Disney movies from the 1950s and behold, here’s Captain Nemo’s Nautilus to show it. Also included is a tree house worthy of “Swiss Family Robinson,” complete with a short-wave radio made from rusty spoons. The film is a very informal sequel to “Journey to the Center of the Earth,” with only two similarities: it’s based on a Jules Verne book, and it co-stars a teenage Josh Hutcherson as the protagonist Sean.

Not every experience has to be serious. In this unappreciated gem from Bridesmaids filmmaker Paul Feig, Melissa McCarthy gets the most of her sweetest part yet, with Rose Byrne, Jude Law, Allison Janney, Jason Statham, and 50 Cent in major roles. McCarthy plays a shy CIA desk jockey who is thrown into the battlefield after her partner dies unexpectedly, propelling her on a crazy adventure for revenge and self-discovery from the squalor of Paris to the casinos of Rome.

Jurassic Park, another big-budget Steven Spielberg film, chronicles the repercussions of what may happen if a billionaire invented a technique to resurrect dinosaurs for a tourist spot. Surprisingly, even Hollywood billionaires do not consider the morality of their latest projects. What some of the film’s characters lack in technical savvy, the filmmaking itself compensates for with visual effects and animations that make the standards of the period appear archaic.

Eat Pray Love is one of the best Hollywood adventure movies of all time and is available to stream on Netflix. Liz Gilbert embarks on a journey to recover and reconnect with her genuine inner self following her divorce from her spouse. She quit her job and stepped outside of her comfort zone. Her journey experience is depicted in this film. In this film, she eats in Italy, prays in India, and falls in love with Bali.

Spider-Man: Homecoming is a lighthearted, tween-friendly take on one of Marvel’s most classic characters. Its attitude is very much in line with the initial novels, as it stars an actual teenager (Tom Holland) as web-slinging high school student Peter Parker. While there is plenty of peril and dramatic violence, it isn’t as persistent or large-scale as in numerous other Marvel films. It is one of the best Hollywood Adventure movies of all time and is available to stream on Disney + Hotstar.

John Cena is more than just a wrestler. He's a champion, a rapper, an author, and a philanthropist....
Entertainment