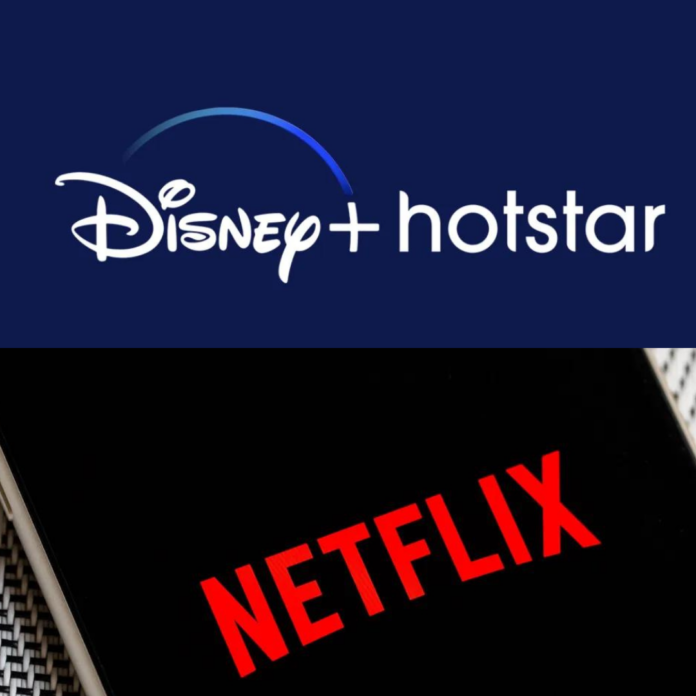 OTT is the ideal platform for directly addressing your target audience with your content and offering a high-quality video experience. The number of OTT streaming services has increased significantly in recent years, but only a handful have achieved the same level of success as Netflix and Hotstar. Two streaming players in India from different parts of the world have become big names due to the high quality, controversies, and discussion surrounding the content they broadcast. 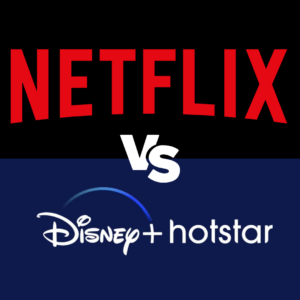 Here is a simple comparison between Netflix and Hotstar

Netflix has a very ‘Basic’ subscription for Rs 199 per month/ Rs 2,388 per year. However, it charges Rs. 449 for the Standard plan and Rs. 649 for the Premium package on monthly basis. Whereas Disney+ Hotstar has three subscription plans: Super for Rs 899 annually, Premium for Rs 1499 per year. and Rs. 299 per month.

Netflix caters mostly to young people between the ages of teenage and adolescence. The stuff is excellent and outstanding. When compared to other streaming sites, it provides a very distinct experience. This distinguishes it while also limiting the area for a small crowd, particularly in India.

Hotstar is a great option when it comes to something that everyone in your family can enjoy because the content is mostly aimed toward a local and regional audience. Everyone will be able to find something to watch on this application. Sports bring people together so, if you want a product that would satisfy all members of your family, you can go with Hotstar.

Netflix’s Rs 199 package only provides users with video in SD ( standard definition) resolution, which is 480p. The Rs 499 plan has High definition video (720p). Netflix’s most expensive premium package for Rs 649 provides users with video in up to 4K Full HD resolution. The streaming rate is determined by your broadband connection and the quality of the device on which you are watching.

Hotstar’s highest video quality is ultra 4k at 2160p resolution, which you get only with premium package. Furthermore, it provides Ultra HD movies in the premium package which also includes Dolby Vision and a 5.1 sound system.

Netflix outperforms when it comes to series, It has a great variety of series, tv shows, and programs that you may binge-watch. When it comes to movies, it’s almost identical to other platforms. When compared to the other platforms, Netflix originals are one of the finest in class. The majority of Netflix originals are fantastic to watch and keep you glued to the screen.

Hotstar has sports content such as live cricket, football, hockey, kabaddi, etc. It also has a lot of region-specific content and also has a live tv feature for a certain channels. Apart from this, it also has the latest movies from all languages and popular American series too.

Some of the best shows on Netflix include:

Delhi Crime is an Indian crime drama series based on the events that occurred following the brutal Delhi gang sexual assault case in 2012, and it follows the Delhi Public inquiry into the individuals who committed the crime. It is the most rational true-crime series on Netflix.

Bombay Begums is an Indian melodrama web show in which strong independent women of various ages and backgrounds are shown. Their dedication and strong desire to try hard to balance dreams, wants, and disappointments in modern-day Mumbai are beautifully depicted.

The surprises, painful truths, and transformational paths of students college experiences are revealed by alumni of India’s leading education institutions. This Netflix documentary series throws light on the life of students at IIT Kharagpur, India’s top engineering college, and tries to explain the IIT lifestyle and culture.

Little Things is an Indian rom-com tv show that is available to Watch on Netflix. A twenty-something couple navigates the good days and bad days of the job, and social relationships. Moreover their struggle to discover themselves in modern Mumbai.

Some of the best shows on Hotstar

Special Ops is a Hotstar Hindi web series detective story that follows a RAW agent who reasonably believes that one terrorist is responsible for a series of terrorist attacks. The show has spawned two seasons so far on the OTT platform.

We’ve all heard Mahabharat stories. However, the complicated plot and big cast of characters will amaze you if you watch the entire show. It depicts the story of two households, the Kauravas and the Pandavas, whose rivalries lead to a massive war with divine help from the Hindu god Krishna. It is one of the best shows on Hotstar.

Aarya is the story of a supportive and loving family in Rajasthan that is disturbed by the unfortunate murder of their father, and the female protagonist is now in command of the entire incident.

On Hotstar, this is the best crime thriller web series. In this series, four masked men abduct a doctor’s family one night before the operation of a famous politician.

As stated previously, both platforms offer unique features and content; it all depends on the stuff you want to explore. We highly recommend Netflix if you appreciate viewing original movies, shows, documentaries, and international films. Hotstar, on the other hand, is the best option if you prefer Hindi dramatic serials and sports like cricket, hockey, kabaddi, etc.

Netflix is a better alternative than Hotstar when it comes to the privilege of watching content offline, and its picture quality is also better.

2022 was a good year for romantic movies, with many films like Sita Ramam and Ante Sundaraniki making...
Offers

If you are always looking to make your weekends and holidays special, then nothing can be better than...
Offers

Netflix has a bunch of the best Hollywood movies in Hindi that you can stream right away by...