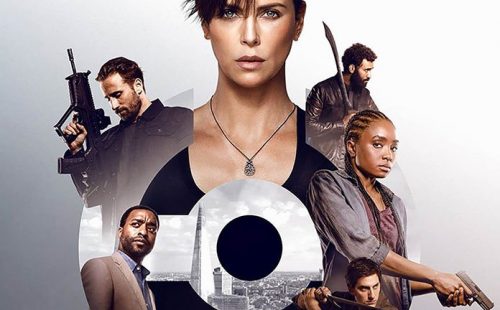 Long gone are the days when classic hits such as Scent of a Woman and Good Will Hunting portrayed women as the most serene part of the world. With lots of there to know, these movies never would have imagined women-led action movies and most importantly, thrashing box office with their numbers.

Unlike earlier times when big production houses avoided women lead roles and female directors in the industry, today there seems to a change in phase of visual entertainment. One such latest example is Netflix’s new release ‘The Old Guard’ starring Charlize Theron.


An adaption of the 2017’s graphic novel by Greg Rucka (who also penned the screenplay), The Old Guard is based on the story of a group of immortal mercenaries who live centuries fighting the evil in each era. Like Wolverine and Deadpool, each fighter has the power of regeneration to heal.

This ageless mob is led by their leader named Andy (Andromache of Scythia), played by Charlize, who herself doesn’t know how long she has been lived. Some say she’s around for almost 2,000 years. From the beginning, the plot starts with the introduction of each character.

We are told that each member was “killed” at some point back in history. Some have seen the “Crusade” while others have fought with Napoleon. Every time a member is been killed, they just wake up and walk away with their mission being completed.


The Old Guard includes Booker (Matthias Schoenaerts), Nicky (Luca Marinelli), Joe (Marwan Kenzari), and James Copley (Chiwetel Ejiofor), whose strong witty nature is a pain for others while a cure for the viewers. The group is now in the 21st century, fighting the bad guys with new tech stuff.

Andy, the leader of the group, has a tip for the human trafficking of young girls on the outskirts of South Sudan. The team tackles the site, only to find out the whole screenplay of “hostages” was a setup. And behind the masterplan is the main antagonist and the villain of the peace Merrick (Harry Melling).

The team fights their way with numerous bullets dropping out of their body. A few against a whole army of immortals is even less powerful. And with less ammo to fight, Andy and others had to give up. Here, the group meets their new friend Nile (played by Kiki Layne).

The group is held captive in a solitary laboratory. Interestingly, Merrick runs a pharmaceutical company that wants to give people ‘A life for Eternity’. His idea is to create a medicine that will allow its consumer an endless life. And where would he get the main ingredient of the medicine: their DNA.

‘The Old Guard’ portrays the century-old motive of humans interfering with the laws of nature. And while doing so, they meet the resistance and want to eradicate it. But as the story gradually moves forward, you will see the attachment in the movie- John Wick typo action skills with some new gadgets like James Bond and sarcasm like Marvel movies.


Should You Watch ‘The Old Guard’?

Yes. The Old Guard is a fresh take on the superhero genre. Charlize Theron has kept the role at its best and has maintained her everlasting ability to justify her part. If you want to see some new women styled action movies and want to get out of the men’s action world with a good laugh, ‘The Old Guard’ would be a great option to start with.

The cinema industry has evolved and we are now getting a hold of future or the past with...
Technology