2021 was another astounding year for Indian cinema. Many phenomenal actors contributed to delivering enthralling cinematic experiences to their audience. This year, Manoj Bajpayee and Vidya Balan were not the only ones who stole the fame entirely.

There were other strong yet powerful performances doesn’t matter if they spent little on-screentime. All thanks to the streaming platform to put an end to the ‘star’ culture and allow other emerging stars to shine in Bollywood.


The number of emerging talents has grown so much that it’s easy to lose the count in between. But worry not, we have listed the top 10 talented yet emerging actors for you. Be it Sunny Hinduja or Adarsh Gourav, they will always surprised with their stupendous acting skills.

10 Actors Who Delivered Enthralling Performances in 2021 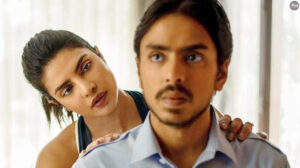 Many of us know Adarsh from Hostel Daze and now he made his debut with “The White Tiger”. Alongside Adarsh, we see Priyanka Chopra Jonas and Rajkumar Rao who are gems in the Indian cinema. And, now Adarsh has also become one.

Moreover, this actor got nominated at BAFTA for the best leading actor. His career has just started and the actor will be seen next in Zoya Akhtar’s ‘Kho Gaye Hum Kahan’. The actor has also been dropped in for an international project, ‘Extrapolations’.

There would be hardly any person who hasn’t watched ‘Squid Game’. Anupam Tripathi, the India-born, Korean-based actor made an appearance in the series and his fans also call him ‘Ali’. In this Korean-based Netflix series, the actor plays the role of ‘Ali Abdul’, who is a Pakistani Migrant in South Korea.

Many of us are familiar with this beautiful actress who has marked her appearances mostly in South Indian films. But 2021 turned out to be a spectacular year for the actress as she made her first golden presence in Amazon Prime Video. She appeared in “The Family Man – Season 2” alongside Manoj Bajpayee.


Recent reports suggest that she is ready to make her Bollywood debut soon. Her Bollywood has just started after she was approached for an exciting role in Taapsee Pannu’s home production. 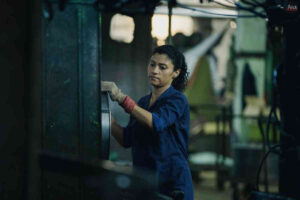 Ayesha from ‘Wake Up Sid’ is back. It is rare witnessing this actor disappointing her fans because every time she appears on the screen, her performance will definitely excite the audience. She plays the role of a factory worker who faces discrimination being the only female worker in the factory.

Sanya Malhotra, a young widow in the story who stood against patriarchy and doesn’t allow anybody to take her life decisions. She showcased a perfect example of a brave and independent woman who can take care of herself. Nobody could have delivered those quirky dialogues better than her and she definitely fits for the role.

An inspiring actor who has marked his presence in many online streaming shows like ‘Paatal Lok’ and ‘Mirzapur’. Apart from these, he also worked in ‘Ajeeb Dastaans’ and ‘Ankahi Kahaniya’ in 2021 and it would hard to say after watching his performances that we will ever get to see his downfall in the future. He will rise exponentially in the coming years and we all are waiting to see that only.

A struggling actor who started his acting career as a daily-soap actor and has now appeared in Mumbai Diaries all the way from the ‘Mahadev’ show. The show focuses on the 26/11 terrorist attack that happened at Taj Hotel and how the medical team dealt with the tragic emergency. 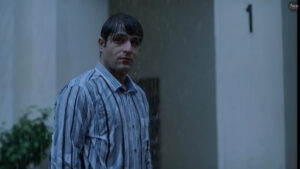 One of the most searched and trending actors on social media – Sunny Hinduja. An actor who struggled for a decade and played different roles in Long Live Brij Mohan, Pinky Memsaab, Home, Bhaukaal, Valentine’s Night, Jamun, Rasbhari, and many more.

His life got changed when he appeared in The Family Man. His role became even more significant in the sequel of the series in 2021. But he got most of the fame from ‘Aspirants’ where he played Sandeep Bhaiya and stole the show with his dialogues.

It’s hard to keep your eyes off this actor’s performances. A hard-working and disciplined actor who started his career from Karan Johar’s film – ‘Student of the Year’ and after that has never learned to stop.

In the film, he tries to share one of the bravest stories of soldier Vikram Batra. He has beautifully played the role of a soldier like he was born ready for it. Also, be it romantic scenes or action scenes as a soldier, he marvelously fulfills his duty.

We haven’t seen Aditi for a long time and eventually, she appears out of blue in ‘Ajeeb Dastaans’. Her simplicity enhanced her performance and showcased her true potential to the audience. Fans have more expectations from her and expect to see her frequently in other projects.

Previous article
Journey of Vicky Kaushal You Should Know About: From Being an Engineer to Becoming an Actor
Next article
Top Five Movies By Prachi Desai To Turn Up Your Mood On This Weekend
Flickonclick

Kiara Advani is reportedly getting married to her boyfriend, Sidharth Malhotra. It has been reported that Kiara Advani...
Entertainment

We all enjoy watching movies, and the Film directors are the ones who truly make them so. These...