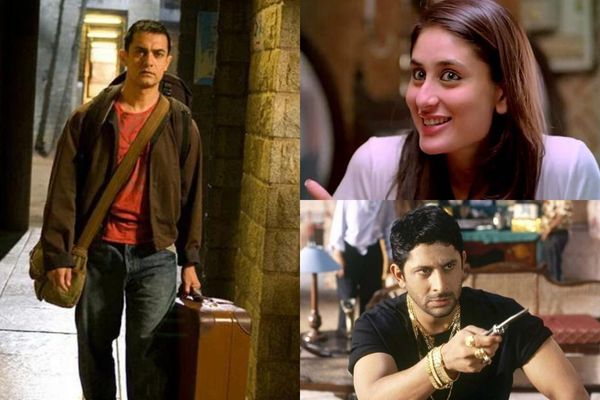 Which Iconic Bollywood roles and actors come to your mind when you think about the best display of acting in the Hindi film industry? There are many iconic roles we can’t imagine being played by any other Bollywood actor other than the original star who played the character. It’s like the celebrated roles in Bollywood films were meant to be essayed by these actors that we are going to reveal. We just can’t imagine anyone else pulling off the roles with the same persona. Some things just become irreplaceable for eternity, and these iconic Bollywood roles are just exactly that. 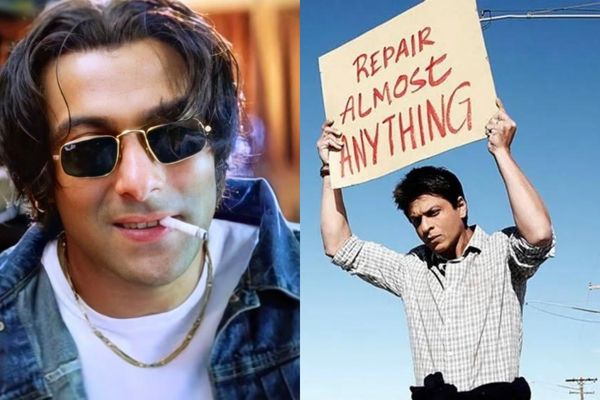 1- Kareena Kapoor as Geet in Jab We Met

Who can forget the energetic, endearing, always optimistic Geet from the film Jab We Met? It’s like the character of Geet was written while keeping Bebo in mind. Geet is one of those iconic Bollywood roles that will never be forgotten. Kareena Kapoor channelled her inner vibrant and bubbly personality to deliver a mind-blowing performance that we can’t expect from any other Bollywood actor. She owns the role of Geet, and we are thankful she got the part as no one could have been a better Geet than Kareena.

My Name is Khan is a beautiful movie that everyone deserves to see at least once. The king of Bollywood, Shah Rukh Khan, delivered an impeccable performance as Rizwan Khan, a with Asperger’s syndrome who goes through extremely hard situations to prove a point at an international level. No one could have pulled off the iconic role of Rizwan better than SRK in this Bollywood film.

Hrithik Roshan, often dubbed the Greek god of the Indian film industry, is also a great actor who prepares extensively for his roles in films. One character that will always be synonymous with Hrithik is the iconic role of Krrish that he portrays in the Krrish film franchise. He is India’s first superhero on the big screen, and people are eagerly awaiting his Krrish 3 & 4, which are expected to release in the next couple of years.

We all love and adore the trio of Raju, Shyam and Babu Bhaiya in Hera Pheri and Phir Hera Pheri. Recently, it was confirmed that Hera Pheri 3 and 4 are in the works and will feature the original cast. The movie has inspired countless memes and trends on social media. Akshay Kumar‘s portrayal of Raju has become one of the most iconic Bollywood roles that we cannot imagine being played by any other actor.

The craze of Salman Khan‘s Radhe in Tere Naam can be assessed by the fact that most Indian men and boys were influenced to get the same hairstyle as Radhe when the film was released. No role played by the Bhaijaan of Bollywood can come closer to the greatness and immense following of Radhe. He was brilliant and was nominated for several awards for his iconic role that stays afresh in our memories.

6- Vidya Balan as Silk in The Dirty Picture

The Dirty Picture was an outrageous and courageous Bollywood film that created a ton of hype and controversy when it was released. The film was labelled as one of the boldest movies ever in Indian cinema. Vidya Balan played the role of Silk/Reshma, an independent and rebellious woman. No one else could have brought the same flair as Vidya to the iconic role of Silk in The Dirty Picture.

7- Aamir Khan as Rancho in 3 Idiots

3 Idiots is one of the biggest Bollywood blockbusters of all time. The film is considered to be one of the best Bollywood movies ever. It was a massive hit not just in India but overseas as well. The story of three friends touched the hearts of many. However, one striking character that will forever be etched in the hearts and minds of people is the role of Rancho played by Aamir. It is one of Aamir’s best works and easily ranks among the iconic Bollywood roles we can’t dare anyone else to portray.

Arshad Warsi is a severely underrated Bollywood actor. Despite delivering stellar performances over the years, he remains one of those stars whom mainstream audiences have yet to give the deserved attention. However, one role of Arshad that no one can ever forget is his portrayal of Circuit in Munna Bhai Films. His comic timing and that tapori accent were just too perfect.

Sunny Deol’s Gadar: Ek Prem Katha clashed with Aamir’s Lagaan at the box office. Interestingly Lagaan, which has now become a cult classic, was left in the dust at the box office by Gadar, starring Sunny Deol as Tara Singh. Gadar was a monster at the Indian box office, and it was all thanks to the top-class acting of Sunny Deol. The role of Tara Singh is so iconic that we cannot imagine any other actor at all in the shoes of Sunny Deol.

Gangs of Wasseypur Part 1 was more about Manoj Bajapyee and Tigmanshu Dhulia than any other actor. However, the 2nd part of the film was owned by Nawazuddin Siqqiqui, who delivered an exceptional performance as a gangster to be recognised by Bollywood filmmakers. The character of Faizal Khan is one of the most iconic Bollywood roles, and it has made the career of Nawazuddin Siddiqui, who was struggling for work.

Vikram Vedha Box Office Collection Day 2 is estimated to be around Rs 12.75 crores according to the...