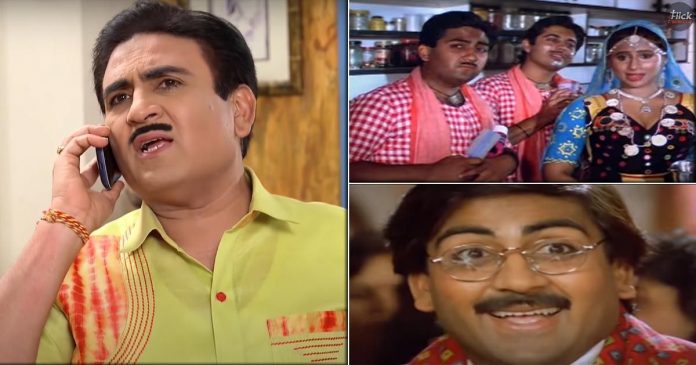 We all grew watching Taarak Mehta ka Ooltah Chashmah and some of us are still watching the comedy show regularly mainly because of Dilip Joshi aka Jetha Lal. We all have been fascinated so many times by one character, that is, Jethalal Champak Lal, the character of a middle-class businessman who is played by Dilip Joshi in Taarak Mehta ka Ooltah Chashmah.

Dilip is a phenomenal actor who has been praised for his world-class acting by many great actors and the whole Bollywood industry knows him.

But do you know that this TMKOC actor got featured in a number of Bollywood films where we got to witness his comedy? In the 1980s Dilip Joshi shifted to a small screen that created his individual personality and that is why we are seeing him in the best family show. 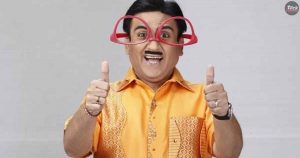 Today we will tell you about his other characters that he had played in Bollywood films along with the biggest stars including Salman Khan, Shah Rukh Khan, Akshay Kumar, and Priyanka Chopra. So, here is the list of films that featured him for small roles.

Dilip Joshi had his debut with a small role in Salman Khan – Bhagyashree starrer Maine Pyar Kiya. He was playing Ramu and was seen mostly impressing the milk lady in several scenes and how we can ignore the famous song of this film “Aaya Mausam Dosti Ka”, we can catch a glimpse of Joshi in this song too.

We can see Dilip Joshi as Bhola Prasad who is genuinely innocent by his face. A man who thinks he got the girl of dreams when Salman Khan’s friend Rita accidentally falls in his arms. The way Dilip Joshi blushes while holding Rita makes the scene really funny and this is from where the chase of Bhola Ram behind Rita begins during the whole marriage function.

In this film, he played a small-time gangster named Sapney, Johnny Lever’s henchman. He did an absolutely great pairing with Johnny Lever that made the audience laugh numerous times. Despite only a few dialogues, Joshi totally nailed as a comedian and support to a mafia don even if standing in the background.

Dilip Joshi could be seen as Champak in this Shah Rukh Khan and Juhi Chawla’s film. He played the role of a caretaker of Jackie Shroff’s four kids after he got killed.

Playing the role of Gauri Shankar who is a regular worker at Raj Singhania’s (Bobby Deol) office. Gauri was a character who cannot consume any secrets in his belly and vomit all of them in front of anybody. He did the same when Akshay Khanna prised out him and he told him the location of his boss Singhania.

In this Preity Zinta and Arjun Rampal’s film, Joshi played the role of the CEO of the factory who has been assigned a duty to keep Arjun’s identity hidden when he arrives to inspect the workspace without telling anyone.

He was Tushar Kapoor’s friend by the name of Rahul who was seen mostly with him in the film. It would be hard to neglect Joshi’s acting in this movie as he portrayed what a real friend is meant in someone’s life. The movie also starred Esha Deol, Raj Babba, and Rajesh Khanna.

Previous articleYou Can Stream Partially Downloaded Content On Netflix Now
Next articleWhat’s New On Netflix In July Of 2021? List Of New Shows and Movies Releasing
Flickonclick

One of the very few Indian sitcoms that has mapped its longevity in terms of TRP in Indian...
Entertainment

We all grew up watching the unlucky Jethalal and his supportive family who live in Gokuldham society with...
Entertainment

Taarak Mehta Ka Oolta Chashmah (TMKOC) is a popular family comedy about to complete its 15 years on...
Entertainment