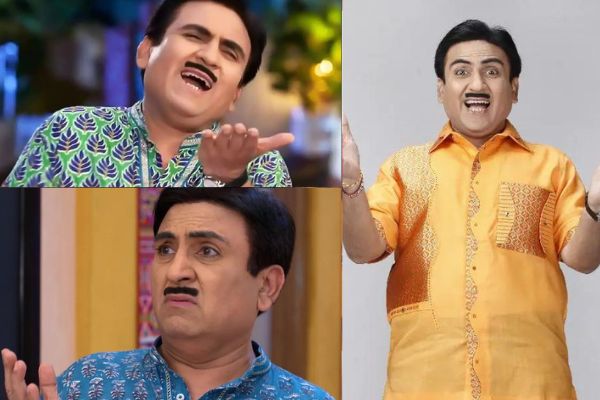 Do you often find yourself relating to a show or movie character? Does finding that you possess the same personality traits as your favourite fictional character entices and impresses you? If it does, then you are in for a treat cause here we are going to list a few characteristics that might let you know that you are pretty similar to Jethalal from the sitcom Taarak Mehta Ka Ooltah Chashmah.

Over the years, Dilip Joshi has entertained the viewers with his unique traits, quirky comedic sense and whatnot. Jethalal has outshined the titular character to become synonymous with Taarak Mehta Ka Ooltah Chashmah. His antics are just pure gold that you cannot watch without laughing out loud. Excited to know if you are similar to Jethalal? Without wasting any time, let’s find out.

Signs that You are Similar to Jethalal from TMKOC:

You Have Endless Problems in Your Life 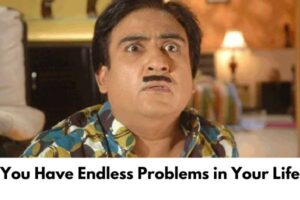 Almost all of us can relate to this one. Nowadays, a problem solves with just another problem. Isn’t it the same for you? Well, we can’t say for sure about you, but Jethalal has many issues to deal with. From his fun-loving and carefree son Tapu who always creates a ruckus, to his clueless employee Bagga to his ‘saala‘ Sundar, the list of problems just keeps on expanding for him.

Your Crush is Out of Your League 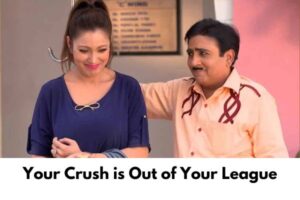 Do you have a crush on someone with whom you don’t stand even a chance, at least in this lifetime? Well, this is the story of our Jetha from TMKOC. The guy just tends to lose his self-composure in front of Babita Ji. His disgust at Iyer for marrying Babita is all too visible. Even after being married, he tries too hard to somehow gain an amount of love from Babita Ji. People who have lost their self-respect in love will solidly relate to him.

You have a Funny English Accent 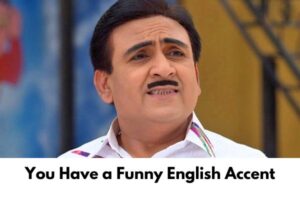 Well, to start, almost every Indian’s English accent sounds funny to a foreigner. So there’s nothing you really need to worry about. Actually, one can take inspiration from Jethalal, who does not care whether he is using the wrong vocabulary or pronunciation. He goes through with whatever he wants to say and brings out the things he wants to share. It’s an admirable quality. If you have it be proud of it. 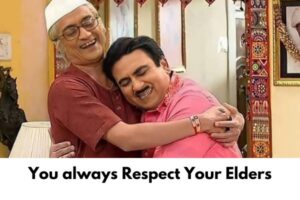 Another generous quality that our favourite Jethalal from TMKOC possesses is always being kind and respectful towards the elders. His love for his Bapuji is second to none. He respects and reveres and can go to war with anyone for him. We have only one thing to say celebrate if you relate.

Also Read: Do you Know TMKOC Actor Dilip Joshi aka Jethalal, acted in these 8 Bollywood Movies! 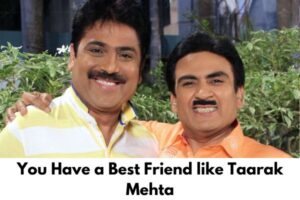 The friendship between Jethalal and Taarak Mehta is one of the purest bonds in TMKOC. Both love and respect each other. They are always ready to help out each other in any circumstance. Everyone needs a friend like Taarak Mehta in their lives. Friendship is a bond that is just amazing to have.

You Love Teasing Your Wife 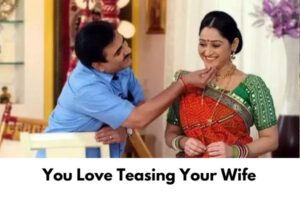 Jetha and Daya’s chemistry is one of the highlights of the Taarak Mehta Ka Ooltah Chashmah. Married couples can relate to their cute little fights and sudden bursts of love for each other. Sorry to those who are unmarried. This reason takes away one of your signs of being relatable to Jetha. But don’t worry cause we have a few reasons that can bring back the smile on your face.

You are a Food Lover 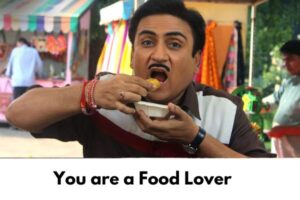 Those who love eating food, especially Gujarati cuisine, will definitely relate to Jetha from TMKOC. His conversation with his Bapuji, in which he says, “chai piyo biscuit khao”, is too hilarious and relatable to miss out on. Can’t say about you, but we are a big foodie and certainly relate to this one.

You Have a Reliable Person like Nattu Kaka in Your Life 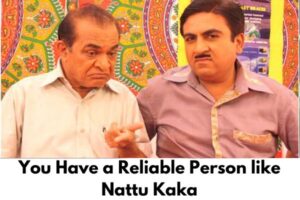 Ghanshyam Nayak, who used to play the endearing Nattu Kaka, recently passed away, but his character on the screen lives on. Jetha gets all kinds of advice and help from Nattu Kaka. He is always there to help him in his time of need. Think of that person you can ring anytime to help you in a difficult situation. Everyone has at least one person they can fully rely on.

Sleeping is Your Top Priority 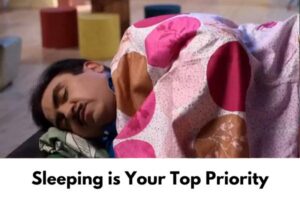 Does not getting eight hours of sleep in a day makes you cranky? Is there nothing that can stop you from enjoying your nap time? Do your father’s taunts about waking up early have no effect on you? If all of this is true for you, then rejoice cause you are definitely similar to Jethalal. 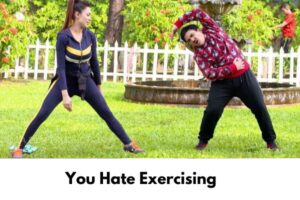 Not sure about you, folks, but we are certainly not a fan of waking up early and exercising relentlessly to be fit and fine. No matter how hard we try, we just can’t pull it off. Similar is the case with Jethalal. On certain occasions, he had tried waking up early after receiving a mouthful from his bapuji, but he has never been able to put his mind and soul into exercising. Quite relatable, Isn’t it?

It takes a lot of bravery to reject society's beauty standards and accept your own self. However, Dilip...
Entertainment

It has been 12 years since the first episode of the family show Taarak Mehta ka Ooltah Chashmah...
Entertainment

The hot and sexy Munmun Dutta aka Babita Ji from Taarak Mehta Ka Ooltah Chashmah, is one of...
Entertainment

Munmun Dutta is best recognized for her portrayal as Babita Iyer in the hit comedy Taarak Mehta Ka...
Entertainment

We all grew watching Taarak Mehta ka Ooltah Chashmah and some of us are still watching the comedy...