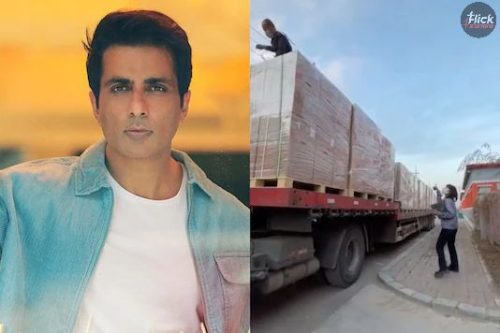 Actor Sonu Sood has always stepped forward during this pandemic to support helpless citizens of this nation. He has a genuine heart and is a real-life hero as he has always been at the front to help people in such difficult times.

The actor has been receiving numerous SOS calls continuously for help and medical supplies in the form of oxygen cylinders and ICU beds to ventilators. 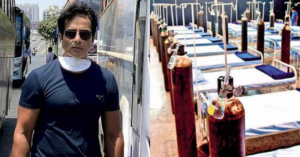 In response to all those requests for oxygen cylinders and ICU beds to ventilators, Sonu Sood was successful in arranging oxygen cylinders for people who are roughly dealing with this pandemic situation.

Last year, Sonu Sood arranged buses for all those people who were stuck in metropolitan cities and couldn’t go back to their homes as the lockdown was imposed on the whole nation.

And, this time he has arranged oxygen cylinders for needy people and has become a life savior for a lot of families. Recently, Sonu Sood has posted a video of a truck loaded with cartons of oxygen cylinders and captioned it “Stay strong India. Oxygen from my side on your way.”

Stay strong India 🇮🇳
Oxygen from my side on your way❤️@SoodFoundation pic.twitter.com/72prrjtw7v

Earlier, the actor offered his condolences for all the deaths caused by the pandemic and expressed disappointment in the increasing number of victims. Recently he Tweeted about the number of requests that he received regarding medicines, oxygen cylinders, and other medical help. He also wrote, “THIS HAS TO END”.

I got 27538 requests today for Oxygen, Beds and Medicines.

THIS HAS TO END🙏

A video of Sonu Sood went viral in which many people gathered around Sonu Sood’s house where Sonu was listening to their problems and also motivated them by saying that he is always standing beside them to provide help.

The actor said that he and his team got an emergency call from ARAK hospital in Bengaluru on Monday and he with his team worked really hard to provide oxygen and saved at least 20-22 precious lives. The team managed to arrange 16 oxygen cylinders after raising an emergency alarm with its contacts.


In a recent interview, Sonu Sood was seen pointing out all the issues that our country is facing, inadequate resources, and its impact on the lives of citizens.

The actor also said that it is hard to see people crying for oxygen cylinders and stated that he will feel like a failed human being if he is not able to help someone after gaining so much power and capital in life.