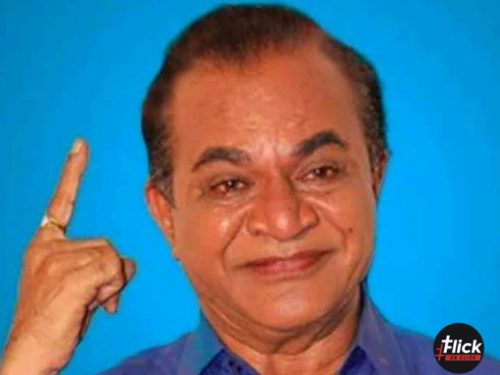 Actor Ghanshyam Nayak, better known as Nattu Kaka, from Taarak Mehta Ka Ooltah Chashmah, died in a sad event. Asit Kumarr Modi shared the sad news on Twitter. Following the news of his death, many of his fans expressed their sorrow. In the show, the late actor was portraying Nattu Kaka. His acting abilities had earned him a lot of fame. However, it was reported last year that the actor was not doing well. During that moment in the show, his track was also less visible.

“#Natukaka@TMKOC_NTF,” Asit Kumarr Modi tweeted on his Twitter account. The cause of his death has yet to be determined. Fans are leaving feedback. “So manyyy memories with you nattu kaka…,” one of them commented. Aur mera favrt tha apka vo conversation “hain mujse kuch kaha kya” We will miss youuu “It’s a really sad truth that he has dedicated his entire life to playing and has been relegated to only little screen while so-called stars like Jhanvi Kapoor and Ananya Panday have taken all limelight and flaunts at large screen,” another remarked.

Taarak Mehta Ka Ooltah Chashmah: What&#8217;s The Salary Of Every Character In The Show?

In September of this year, the veteran actor underwent surgery after experiencing extreme discomfort in his neck glands. The veteran actor was diagnosed with a tumour in his neck that required immediate removal. He stated that eight knots had been removed in all. However, he had no idea how so many were created. Ghanshyam Nayak also revealed that the knots had been sent to be tested further.


Ghanshyam is a well-known actor who has appeared in over 350 films and television series. Ghanshyam, who rose to fame as Natu Kaka in the sitcom, will be sorely missed, and his memorable lines from the show, such as “Aapne Mujhse Kuch Kaha?” and “Sethji, Meri Pagaar Kab Badhaoge?” will no longer be heard.

Previous article
Banjara Market Famous For Home Décor and Furniture Is Shutting Down Soon
Next article
RAM Plus Feature to Be Arriving Soon on More Samsung Devices: Both Mid-Range, and Flagship
Flickonclick

If you do not carry your Aadhaar in your wallet or purse due to not having a printed...
News

PUBG Mobile India is all set to make a comeback to the Indian market after PUBG was banned...
Entertainment

Lollapalooza, the annual American music festival, is now coming to India in 2023. Instead of its traditional four-day...
News

Which place do you think is the rowdiest in India? Some of you may name the obvious choice...
News

The pandemic would definitely leave footprints on the society and its possible after-effects will be visible in the...
Lifestyle

Kasol is a small village in Kullu district of Himachal Pradesh and is just recently discovered by the...