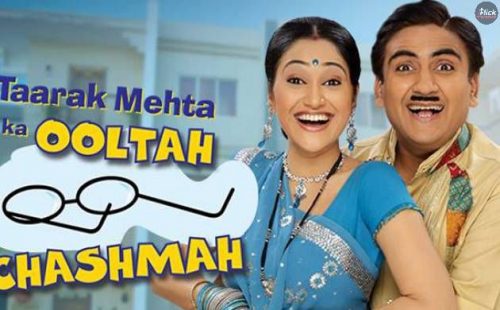 It has been 12 years since the first episode of the family show Taarak Mehta ka Ooltah Chashmah aired on television and is still running successfully with a huge fanbase all over the world. The show teaches life lessons that everyone should follow and has also taught how to take a stand for truth in order to fight for justice.

Over the years, the shows have dropped 3,183 episodes out of which some of them were so hilarious that fans couldn’t stop themselves from laughing out loud. Therefore, here are some of the best episodes from the show Taarak Mehta ka Ooltah Chashmah that you cannot miss to watch multiple times. 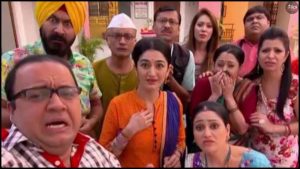 This was the first time Champak Chacha made his first appearance in the show. He was called by his son Jethalal so that he could discipline his mischievous grandson who has become a pain in the neck of all the society residents, especially for Jethalal and Bhide. Since Champak Chacha marked his first appearance in the show, he has been liked and has become a favorite character of the fans.

In this episode, Chacha Ji is determined to see his small grandson getting married to Tina but his son Jethalal and other society members seem to disagree with Chacha Ji’s decision as they understand that child marriage is illegal but Chacha Ji still lives by his old rituals.

We can see all the preparations and celebrations happening inside the Gokuldham society for Tapu’s wedding and Tapu is also enjoying as he isn’t aware of the term and responsibilities of marriage because he got carried away with his grandfather’s promise that he will get a bicycle if gets married.

Being a child, Tapu is innocent, so it is only Chacha Ji who is determined to make sure this marriage never fails. This episode is the most hilarious one and you will laugh very hard at this.

After arriving back home Jethalal got a quirky haircut that makes Chacha Ji angry and orders Jethalal to get a decent haircut. Despite being a national holiday and Chacha Ji’s anger issues, Jethalal had to settle with a roadside haircutting salon.

Simultaneously, Jethalal is also embarrassed and makes sure nobody sees him like this on the roadside. But everyone knows how effective is Jethalal’s luck, later he sees Babita Ji and his whole body turns blue. The escape from Babita Ji’s view by Jethalal was hilarious to watch and looks funnier every time.

There was a time when the show came up with a new and exciting story, that is, introducing Bhootni in the show and it scared every society member that everyone quarantined themselves at night in their houses.

The episode takes a turn when Daya Bhen tells a spooky story of a Bhoot to her husband and father-in-law. The expression on both of their faces will make you laugh like never before. It is a must-watch episode if you are a real TMKOC fan.

Also Read- Sunflower Review: Sunil Grover Keeps You Hooked till the End with His Bashing Performance

Taarak being a good and genuine guy was caught red-handed by his wife for having an affair with another woman. It is also really hard to believe for other society members that Taarak Mehta can do such a thing. But they do not know that due to some reasons Taarak was forced to have a fake affair with the woman.

It would be really exciting to see the reactions of the society members when they will be shocked to hear this news.

Fans of TMKOC are aware of the friction between Jethalal and Iyer. And, this time they tease each other by calling the other statue where one cannot move, if the person moves, he loses the game and pays a heavy penalty.

You can call this a cute rivalry between two people as they do not harm each other and enjoying their methods of teasing.

This episode shows us the consequences that the Gada Family has to face for testifying against the robbers who robbed Jethalal’s electronics store. Daya has been kidnapped and the society members try their best along with the Mumbai police to save Daya Bhen.

The rescue operation was phenomenal as you can never find a relatable rescue plan like this anywhere. The fighting scene was hilarious, seeing Daya Bhen beating the kidnappers with her Dandiya sticks while performing Garbha was funny to watch.

We all know what happens when a water tank goes empty in a society, the secretary is blamed as always and, in the show, Bhide got surrounded by a lot of questions from society members. After all, Bhide managed to call a water tanker in the society so that everyone can at least fill their buckets to have a peaceful bath.

But something funny happens that draws everyone’s attention to at least watch this episode one time still if someone is not a TMKOC fan. The hilarious episode features Chacha Ji who got all wet by the water pressure released from the tank and his son Jethalal trying to be a savior makes the situation even worse.

The society finds a lost dog in their society compound and decides to keep the dog until they find the real owner. But some people like Jethalal and Chacha Ji also live in the same society and are afraid of dogs and want the dog to be thrown away from society immediately.

Seeing Jethalal’s and Chacha Ji’s interaction with the dog made everyone laugh as their reactions were phenomenal. Later, everyone gets emotionally attaches to the dog and says a lovely goodbye to him when his real owner arrives in search of him.