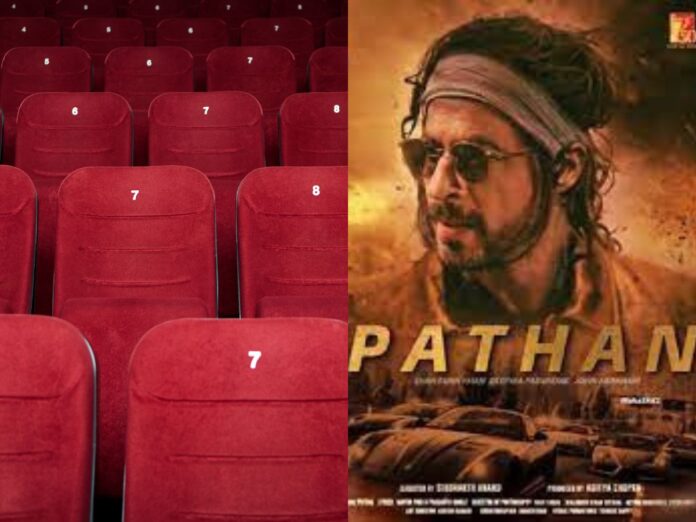 Many Bollywood films, including those starring veteran actors, bombed at the box office this year. The fear of big-budget films flopping must have been on Bollywood superstar Shahrukh Khan’s mind, so King Khan devised a master plan for his upcoming film ‘Paathan.’

Bollywood films, which are consistently underperforming at the box office, have forced producers, directors, and actors to consider what can be done to entice audiences to the theatres. However, many Bollywood actors have voiced their opinions on the subject. Some argue that the ticket price should be taxed, while others argue that only the actors fees should be reduced.

Meanwhile, some surprising news about Shah Rukh Khan’s highly anticipated film ‘Pathaan’ has emerged. Let me tell you, Shahrukh is returning to the big screen after 4 years with ‘Pathaan,’ and in such a situation, this film is critical to his career.

Shah Rukh wants people to come to theatres to see his film ‘Pathaan,’ so he’s going to do something unprecedented in Indian cinema history. Yes, according to media reports, Shahrukh Khan’s film Pathaan will be released in ICE theatres. You’re probably wondering what this ICE theatre actually is? So let me tell you all about it.

You’ve probably seen many movies in 3D, 4DX, and IMAX formats up to this point, but in ICE theatre format, the entire theatre is converted into a single screen. Aside from the front, there are side panels on the walls of the theatre that give you the impression that you are right in the middle of the scenes on the screen.

If a forest scene is shown on the screen, the side panels on the walls of the theatre are shielded in green, giving the impression that you are sitting in the middle of the forest. Let me tell you that Pathaan, directed by Siddharth Anand, is set to be released on January 25, 2023, in Hindi, Tamil, and Telugu, and will be the first Indian film to be released in ICE theatre format.

Over the years, Bollywood has made some tremendous growth in its storyline. And has gifted us with some...