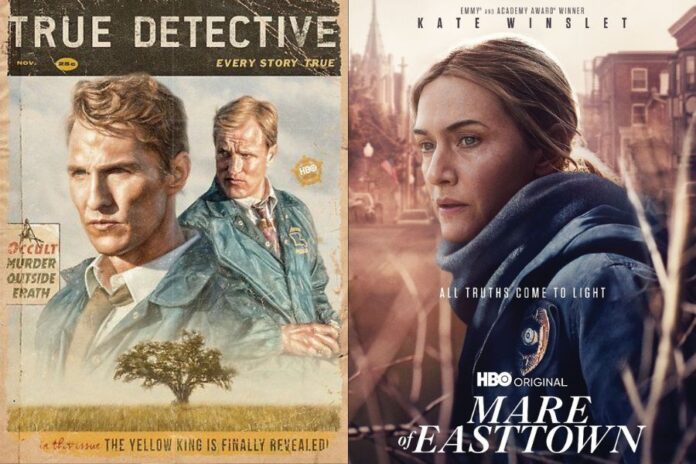 One of the greatest thriller web series of all time that you can now watch on Disney+ Hotstar in India. True Detective Season 1 is an absolute masterpiece that features Mathew McConaughey, Woody Harrelson, Michelle Monaghan and Alexandra Daddario in the main roles. The series follows two detectives who are on the hunt for a psychopath who has killed many girls over the years.

Before Breaking Bad came along, people considered The Wire the greatest crime thriller web series of all time. It’s a groundbreaking show with some of the most fascinating characters you will ever encounter. The thriller web series follows the law agency, politics, corruption, racism and drugs in a U.S. town. Dominic West as McNulty is extraordinarily fabulous in this web series.

Steve Buscemi plays the role of Enoch Thompson, who is friends with gangsters and politicians alike. He is an intriguing personality in which the federal government takes a special interest. The crime thriller drama has earned praise from critics all around the globe for its engaging storyline.

A trio of affluent young women from Monterey, California, go by the names Madeline, Celeste, and Jane. Their lives are turned upside down when a murder occurs in their picture-perfect village, opening up a can of worms. This show stars Reese Witherspoon, Nicole Kidman, Meryl Streep and Shailene Woodley in the main roles. Certainly, one of the best thriller web series to watch on Disney+ Hotstar right now.

A cast of barkeeps, prostitutes, pimps, police and nightlife seekers centres around twins Vincent and Frankie Martino (James Franco, in a dual role), who navigate the sex business after meeting well-connected mobster Rudy Pipilo are the focus of this critically acclaimed thriller web series on Disney+ Hotstar. It is an interesting web series that grows on viewers with time.

One of the greatest mafia family shows of all time, The Sopranos has a cult following all over the world. Thanks to Disney+ Hotstar, you can now watch this show in India. Tony Soprano, played by James Gandolfini, an Italian-American mafia head based in New Jersey, struggles to manage his family and criminal life and confides his affairs to his psychiatrist Jennifer Melfi.

A retired soldier-turned-private detective in London solves some of the difficult cases that slipped away from the observation of police with his assistant in this crime thriller web series on Disney+ Hotstar. It’s an engaging show that depicts concise storylines and develops the characters as well.

Nasir Khan gives a lift to a mysterious and strange woman and takes her to a party hosted by his friend. However, he is charged with murder when she is found dead in mysterious circumstances and must prove his innocence. This is a mini-series that only has 8 episodes, but each of these episodes is a crazy thrill ride.

One of the most underrated thriller web series that you can watch on Disney+ Hotstar, The Knick is an absolute masterpiece. The series follows Dr John Thackery taking over as the chief surgeon at the Knickerbocker Hospital in New York at the start of the 20th century and dealing with a racially charged city and drug addiction.

Last but not least on the list of best thriller web series to watch on Disney+ Hotstar is Mare of Easttown, which follows a detective from Pennsylvania who tries her best to prevent her life from falling apart while investigating a mysterious murder. The Hollywood actress Kate Winslet plays the lead in this engaging crime thriller drama.