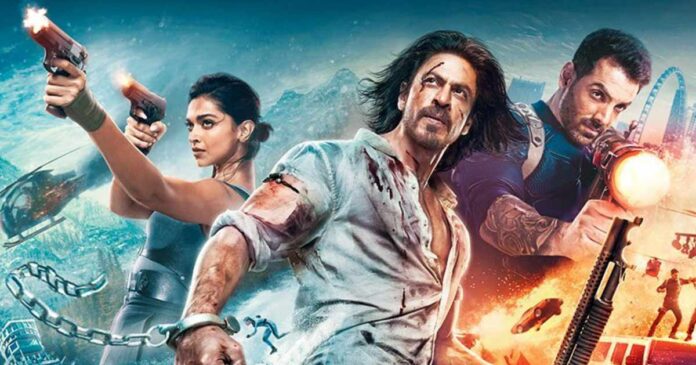 Pathaan is going to release in the theatres on 25th January 2023. The movie marks the comeback of Bollywood’s Badshah Shah Rukh Khan on the big screen after almost four years. Shah Rukh Khan, aka SRK, has reportedly charged a very large amount to play the titular role in the Pathaan movie produced by the Yash Raj Films banner. Also, Deepika Padukone and John Abraham have been paid very large sums of money as their salary for Pathaan. The budget of the Pathaan movie has reached a very huge amount after paying the monumental salaries to the cast of the film. Here we have covered all you need to know about the Pathaan cast and budget.

Deepika Padukone essays the role of the main female lead in Pathaan. Reportedly Yash Raj Films has paid Deepika Padukone a huge sum of Rs 15 Crore for her role in the Pathaan. This makes Deepika one of the highest-paid Indian actresses right now.

John Abraham, who plays the antagonist in the movie Pathaan, has reportedly charged Rs 20 Crore for his role. The salary of John Abraham for Pathaan is also a huge number that has pushed the budget of this movie to go beyond something ordinary.

Siddharth Anand is directing Pathaan for Yash Raj Films. There are reports that he was paid Rs 6 Crore for his direction of the Pathaan movie. If we add the salaries of the cast of Pathaan, which we have listed here, the total sum is Rs 141 Crore which gives you a hint that the budget of Pathaan is also on the high end.

Salman Khan is going to do a cameo in the film as Tiger, and he has refrained from charging any sum of money as his salary for Pathaan. Dimple Kapadia and Ashutosh Rana are also playing key roles in Pathaan, and they are reportedly paid Rs 2 Crore and 4 Crore, respectively.

The overall budget of Pathaan is Rs 330 Crore after paying the salaries of the cast. The movie will release in the theatres on 25th January 2023 in Hindi, Tamil and Telugu.

Pathaan is releasing in the theatres on 25th January 2023, but many people who prefer to watch the...
Entertainment