Russian University on Monday claimed to have successful human trials of the world’s 1st COVID-19 vaccine. A batch of two groups was taken for vaccine testing. The first group of the vaccine trials will be released successfully on Wednesday and the second will be released on July 30.


The Sechenov First Moscow State Medical University announced the first-ever clinical trials throughout the world. The vaccinations are a clinical produced product of Russia’s Gamalei Institute of Epidemiology and Microbiology and were included in the Phase 1 testing from June 16 onwards.

As the number of Coronavirus affectees soar around the world, the Russian University came out as a source of hope, backed with positive results. The Russian vaccine, as told by the officials, was produced in the Gamalei Institute itself and went under several testings before the final test.

Alexander Lukashev, the Director of the Institute of Medical Parasitology, Tropical, and Vector-Borne Diseases at Sechenov University shared his insights on the vaccine. “Sechenov University has completed tests on volunteers of the world’s first vaccine against coronavirus,” he said. 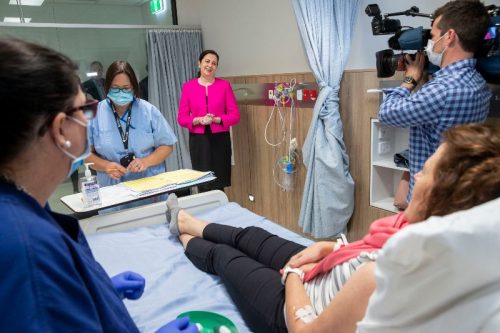 Is the vaccine safe to use?

According to the official report, the first group involved 18 volunteers, while the second one concluded with 23 volunteers. These volunteers were dosed with a liquid and powder form of the Russian vaccine and were kept in a complete isolation facility with extensive care.

Adding to its safety, officials based in the Gamalei Institute made headlines on the internet when they shared the fact that they tried the vaccines on themselves first before any human trials. With no signs of reaction or bad symptom, the group of scientists was more than happy with the results they found.


“The safety of the vaccine is confirmed. It corresponds to the safety of those vaccines that are currently on the market,” Lukashev said in a Russian media agency. He also expressed his gratitude to the Russain Health Ministry who allowed clinical trials at such short yet crucial notice.

When could we expect the Russian vaccine of COVID for the general public?

While the Russian authorities have claimed to have 100% potential cure against the virus, many health administrations have raised issues related to the safety of the vaccine. Due to the fewer number of human trails been performed, the probability of introducing the vaccine to the general population is still a long road to cover.

With a small scale of volunteers, further testings are to be done before the medical aid meets the market. And if lucky to be enough that the foreign university does get the green light on the prototypes, Russia will be the first country to have found the vaccine against the deadly virus.

Meanwhile, Sechenov University claims to be ready to exercise a mass production, several other medical facilities have also joined the race to provide a sustainable vaccine. Medical facilities from China, the US, Brazil, and France are coming forward. Indian domain companies have surfaced to the top as well.


According to the WHO, 110+ groups globally are outlined to develop a COVID-19 vaccine. And 5 of these have advanced for further clinical trials. While many scientists have started to find a strong solution against the virus, a COVID-19 vaccine for the public until the end of 2020 might be a tall ambitious claim.

After the COVID-19 outbreak, one challenge the entire world has faced is the mayhem about the tests of...
News

Individuals With Eye-Wear Have Fewer Chances of Contracting COVID-19

Coronavirus has upturned the whole world and we've seen everything from mass deaths of individual globally, economy crashes,...
News

Its been quite much of a time that we've all been trapped in our homes due to this...
News

The ideology of Sikhs says "Everyone is the same", it's their faith that believes in equality and service...
Fitness

On Saturday, Prime Minister Narendra Modi made an announcement that India will commence a vaccination campaign for children...
News

Oxford University has been collaborating with the Serum Institute of India (SII) for the development of coronavirus vaccine....