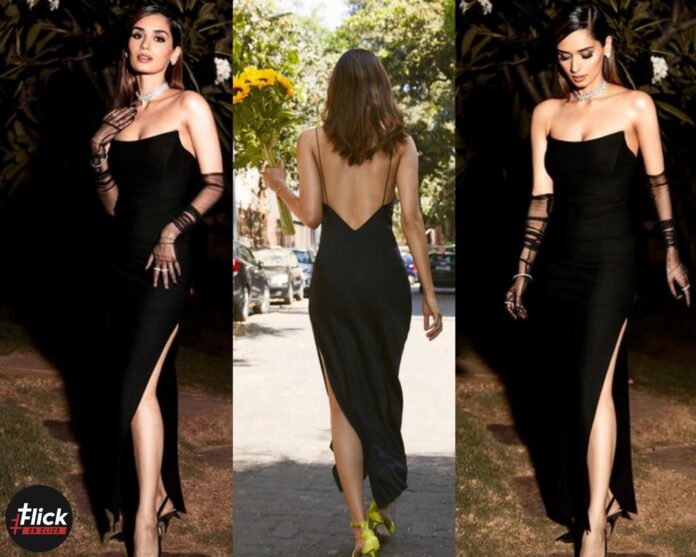 Manushi Chillar is an Indian model and actress who is going to make her debut in the Hindi film industry opposite Akshay Kumar in the historical period drama Prithviraj. She won the title of Miss World in 2017, and since then, the speculations of her being roped into the Indian film industry have been catching fire. She signed her first feature film as a part of the three-film contract with the Yashraj productions. In her second film, she will be seen opposite Vicky Kaushal. We have all known that her glamour and persona are unmatched at such a young age; that’s why she was crowned Miss World. She has posted one of the hottest photos by a Bollywood actress on her Instagram handle, and today, we have brought the best of the lot for you.

Here are the ten hottest photos of Manushi Chhillar:

Manushi Chhillar recently dropped this photo, and instantly it became the talk of the town. The recent buzz surrounding her beauty is justified through this picture in which she goes all black under the lights.

Chhillar looks fantastic in the Indian traditional attire that she chose to wear at a promotional event for her debut film, Prithiviraj. She can pull off both western and traditional dresses with ease.

Manushi’s casual summer look is something that caught our eye. She just looks so happy in this picture that we had to include it here because it is the best thing that one can wear.

Simply stunning! Manushi knows how to slay the all-black look, and she proves it again here in this photo. She shows why she was crowned the winner of the Miss World pageant in 2017.

The close up of her face in this picture is something to admire for. Without even saying a word, she makes a statement that can’t be refuted. Manushi is the one to look out for in future.

This picture of Manushi will make your hearts flutter. She steals the spotlight from nature in this glittery green dress. Her sensuality is at its best in this picture.

Manushi’s bold avatar in this photo is sure to catch the eyes of her fans. She looks absolutely stunning and just continues to slay whatever she does. It is one of the hottest photos of Manushi Chhillar.

A diva knows how to pose and keep her fans on toes. The white dress brings out the calm and tranquil beauty that this model turned actress possesses. She is a treat to the eyes.

She has come to make an impact in Bollywood, and her daring photo shows that she won’t be satisfied with just being another actress. Mark our words, pretty soon, she will become one of the top actresses in Bollywood.

The last one on the list of hottest photos of Manushi Chhillar is a message that more of her is yet to come. She is scintillating, sexy, daring, bold, seductive, graceful, and everything one could have asked for.

Did you know that your favorite actors have played a role in one of the most iconic films...
Entertainment

Ram Setu box office collection day 2 will fall below the level of the first-day collection, which was...