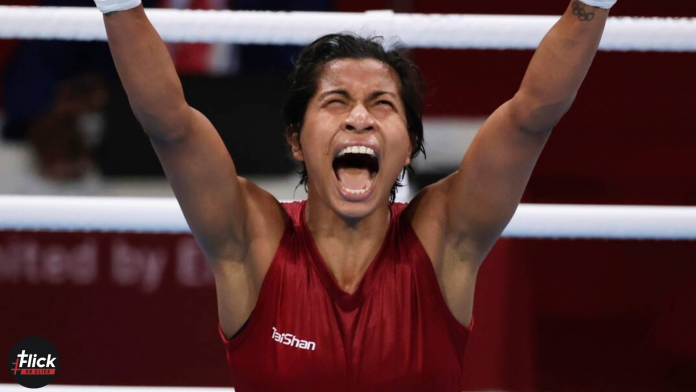 Tokyo Olympics Latest Update- The Tokyo Olympics witnessed another Indian bronze medalist in boxing. Lovelina Borgohain is the second female boxer to have won a gold medal for India. This was a proud moment for not only her family but all Indians as a whole. 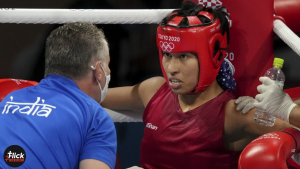 Highlights Of The Match

Up against a very distinguished boxer, Busenaz Surmeneli, Lovlina Borgohain was completely out-punched. She lost 0-5 in the welterweight semi-finals and had to settle for bronze. She also faced a one-point deduction in the second round for not paying attention to the referee’s instructions despite several cautions.

Some say that it was a lopsided affair as Surmeneli had kept Lovlina at bay for the match’s entirety.

Lovlina was disappointed that she had lost to Surmeneli. She worked very hard for the gold medal but could not execute her strategies as Surmeneli was more potent than her.

She had been training for eight years away from her family for this moment and expected herself to perform better. However, she has come to terms with this and is going to take a holiday to celebrate her bronze medal.

Our country was nothing but proud of Lovlina and her hard work. Her hard work was seen and appreciated throughout the country.

This was a huge stepping stone in her career. She received praise from several distinguished individuals, including the President of India, Mr. Ram Nath Kovind, and the minister of Home Affairs, Mr. Amit Shah.

Lovlina Borgohain has made her nation proud with her hard work and dedication. She has helped pave the path for many other women, and she has set an example for the rest of us to follow.

She is an inspiration, and we all hope and pray that she will keep working this hard and making us Indians proud. 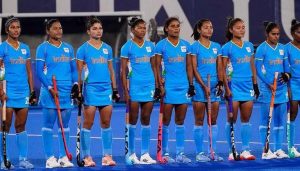 The Indian women’s hockey team put up an amazing display of skill and competence level during their semifinal match against World No. 5 Argentina at the Tokyo Games on Wednesday.

Earlier on Monday, the Indian women’s hockey team created history at Oi Hockey Stadium  as they qualified for the semi-finals of the Olympics for the very first time after defeating Australia 1-0.

No matter India lost the semifinal but they played like complete champions. Now they will be playing bronze medal match.

There are plenty of things to do this winter season but what tops them all other than an...
Entertainment

Kriti Sanon is a reputed actress in Bollywood's blockbuster and entertainment industry. She has significant roles in multiple...
Lifestyle

The coronavirus pandemic has hit the world in many ways and education is one of them. Surprisingly, there...
World News