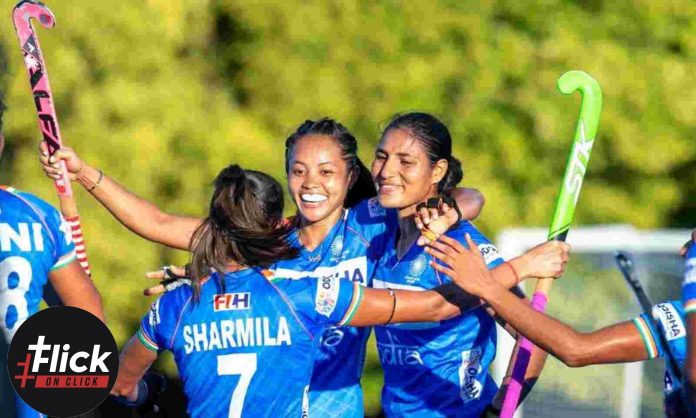 In an unfortunate turn of events, the incredible Indian Hockey Women’s Team lost 4-3 to Great Britain at the Tokyo Olympics on Friday,  the 5th of August.

Team India lost just by a hair’s breadth as Great Britain’s Grace Baldon made it hard for India to cover up the score of 4-3 in the last 12 minutes of the match. 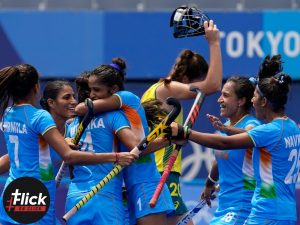 Details of the Match

During the first quarter of the match, it was evident that goalkeeper Savita Punia was the star of the game. Why? Because She saved not only two penalty corners but also three field-goal attempts.

Just at the start of the second quarter, Great Britain managed to score two quick goals. However, Gurjit Kaur allowed India to gain those points back and come level with Britain’s team.

After they came at par, India took the lead as Vandana Katariya scored a third goal. Britain did not let the lead go on for long, though, as Hollie Pearne-Webb from their team scored a goal in the third quarter.

So how did the 4-3 score come to be? Grace Baldson scored a goal from a penalty corner in the fourth quarter, thus defeating Team India.

Reaction After the Match

As is expected, the whole team is in tears. They came so close to winning an Olympic Medal but fell a little short. It’s an incredible feat even to make it this far, and for that, we are incredibly proud of them.

Rani Rampal, the team’s forward and captain, is hugged by their coach Sjoerd Marijne on the field after the match is over.

It was a beautifully played match, and it is sure to go down in history as one of the most memorable matches for India. Stay tuned for more!

Vishwanath Anand is a known name in the world of chess and has added several feathers to the...
News

India opened their medal tally with with Mirabai Chanu winning silver medal in weightlifting as she won the...
News

Age, Injuries, and responsibilities of the child made legend Sania Mirza declare her Retirement from Tennis. After losing...
Trending

With Costa Rica's 1-0 victory over New Zealand in the qualifying match, all 32 teams have now been...
News