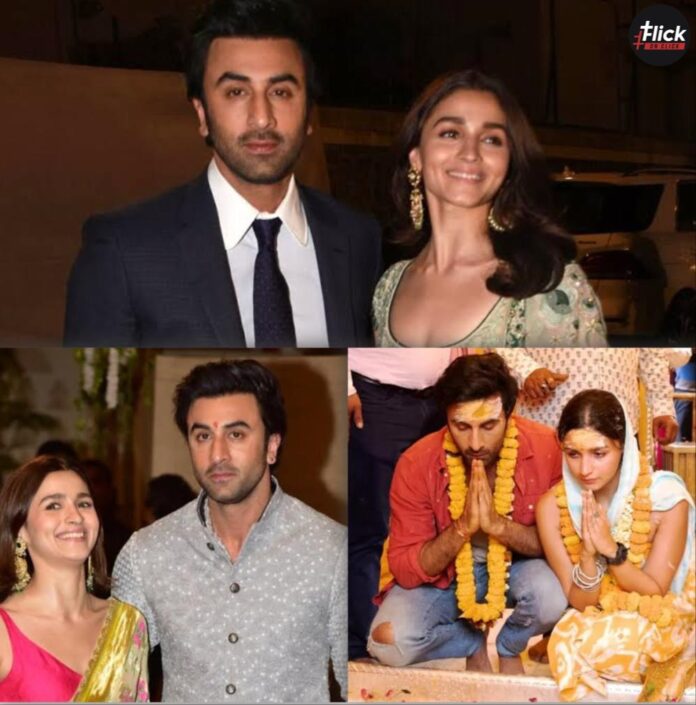 Alia Bhatt and Ranbir Kapoor are believed to be getting married this week. While the pair has yet to declare their wedding preparations, many stories have claimed to have exclusive information regarding the wedding ceremony. While the reported wedding arrangements range from April 13 to April 17. However, a new story claims that Alia and Ranbir will marry on April 14. Not only that, but the report claims that the pair have decided to keep the ceremony secret, with only 40 to 45 people present.

The expected Guestlist at Ranbir Kapoor and Alia Bhatt’s Wedding

It’s no wonder that Karan Johar and Ayan Mukerji are rumored to be on the bridal guest list. The marriage will occur on Thursday evening, April 14, according to a Hindustan Newspaper story. Moreover, the wedding will follow the Haldi ritual for a few hours. Additionally, the Mehendi ritual will also take hold on April 13, according to the report.

It’s a low-key, private ceremony. Only 45-50 individuals have been asked to the marriage ceremony, including the couple’s close pals and family-like directors Karan Johar and filmmaker Ayan Mukerji,” according to the insider. According to the source, a no-phone ban has been enforced for all guests throughout the wedding celebrations.

As per multiple reports, the ceremony will occur at Ranbir’s residence in Bandra, Vaastu. According to the report, a short baraat convoy will arrive at the wedding destination at about two or three o’clock in the afternoon.

According to reports, Alia has chosen Sabyasachi for her wedding gown, but there will be a tinge of Manish Malhotra as well. Alia is rumored to have chosen a pink lehenga for the marriage, while Manish is working on the dupatta.

The mansion of Ranbir’s grandma, Krishna Raj Kapoor, has been decorated with lights. A paparazzo posted videos from the property on Instagram, indicating that the wedding festivities have begun.

Even though the alleged wedding is only a few days away, Ranbir and Alia are preoccupied with their job obligations. Hence, Alia was photographed on her way to Karjat for a photoshoot. Whereas,  Ranbir is presently filming for producer Luv Ranjan’s next project, which also features Shraddha Kapoor. Neetu Kapoor and Alia are in charge of wedding arrangements while Ranbir is away working.

Indian parents and the wedding question is still a better love story than Twilight. Indian mums and dads...
Lifestyle

Planning for a dreamy destination wedding with your partner? You must think about all the fun, joy and...
Lifestyle

Extend Your Budget In These Areas During Your Wedding

Your wedding is one of the most important occasions in your life. Along with being really important, weddings...
Lifestyle

You are ready to finally embark on the next step in your romantic relationship but find it very...
Lifestyle

Healthy Food Options at Weddings for the Wedlock Season

Wedding season is just around the corner and probably the day when most of us will overeat and...