Have You Updated to ‘WhatsApp Pink’? You Better Not and This is The Reason Why

During the last couple of days, there has been a Whatsapp message circulating among the masses that says ‘WhatsApp will be updated to a new theme” which is apparently pink in color. 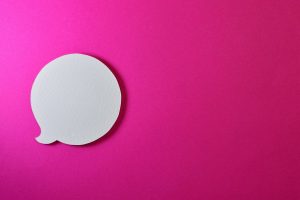 But for that, you have to click on a link that sounds so unusual as to why would WhatsApp send their update via messages, weird right?

Now, you might have gotten an idea already that it’s a big scam but this time, it can make your phone completely unusable and you can end up with a bricked device. No! We’re not claiming that experts in the cybersecurity area are the ones to comment.

Yes! cybersecurity expert Rajshekhar Rajaharia is one of those who came forward on the matter and tweeted his response on the whole WhatsApp Pink facade.


He mentioned in his tweet ” Beware of WhatsApp Pink!! A Virus is being spread in Whatsapp groups with an APK download link. Don’t click any link with the name of #WhatsappPink. Complete access to your phone will be lost,”

He also said ” Such malicious apps can be used to compromise your phone and steal personal data like photos, SMS, contacts, etc. Keyboard-based malware can be used to track everything you type. It can be used to capture and steal banking passwords. The current case of Pink Whatsapp or Whatsapp Gold is also a case of malware impersonating as fake WhatsApp feature apps”

Now, this is an alarming situation, maybe not for someone who has the apt tech knowledge and would not fall for the same. But as these scams are built towards making fool of the innocents, they might fall for this one.

So, what can be done now, is something most people would ask, right? Well! All you can do now is first do not fall for anything like that and if someone forwards you this kind of message, educate them as well or if the message comes from an unknown number, do report it for malicious activities.


Top 5 WhatsApp Features That Are Expected to Launch in 2021

After WhatsApp revealed its new privacy policy at the beginning of 2021, its 2 billion monthly users are...
Technology

Whatsapp is one of the most used Instant messaging services across the world, and there's no reason why...
Technology

The times have changed and instead of doing the normal calls, individuals prefer doing Whatsapp call in equal...
Technology

WhatsApp, the world's most famous and frequently used fast messaging platform, is continually in the process of being...
News

Facebook ,WhatsApp, Instagram, Messenger are all down right now from 9:30 PM IST. All these four apps have...
News

If you have been bombarded with the news of a third 'Blue Tick' being added to the WhatsApp...