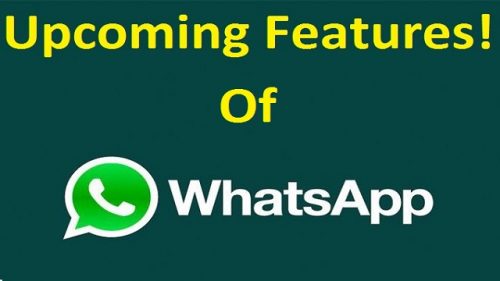 It seems that WhatsApp users are enjoying new features so far but the demand for new updates never stops from a user’s side. That is why Facebook-owned company ‘WhatsApp’ has come up with further new updates that will surely enlighten users in order to make the community grow stronger and could increase connectivity among people.

As the company’s name flashed a couple of months ago in the news, this has made WhatsApp remain cautious as many users have quit using the application and switched to other messaging applications like Telegram and Signal. In order to regain the old users back, the company is working really hard with new updates and policies.

Let us have a clear look into the list of possible WhatsApp upcoming features in 2021, to finally make up our mind whether WhatsApp is still a reliable messaging application or not.

Whenever a user faces a problem while using WhatsApp, there is no platform inside the application where he/she can put up a complaint or report an issue. But now, the company is introducing a ‘Support Chat’ system within the application that will allow users to report bugs, register a complaint, or any technical issue using the inbuilt chatbox. The chat window will remain open until the issue gets resolved. As soon as the problem has been solved, the chat window will be closed automatically.

Many times, people cannot understand what the other person is saying in the voice message. Sometimes because of a cracked voice message or unclear voice from the other end. That is why the company understood and considered this a major issue and is working upon a new feature, that is, creating an option to alter the playback speed of voice messages whenever required to hear clear messages. The feature has not appeared in the beta version yet, soon it will launch.

It is the most demanded feature and an important one because there are times when you do not want to see someone’s messages for some time or do not want your notification bar to be filled with their messages. You can call this feature a new version of Archived Chats because whenever a chat is selected for reading later, then WhatsApp won’t send further notifications of that chat. Also, an edit button will be added in the latest update that will allow users to customize settings and unarchive multiple chats all at once.

Sometimes it is very confusing and difficult to differentiate by listening as the ringtone of single calls and group calls are similar. The company is working on this issue and it is expected that WhatsApp is going to deliver a solution to this problem soon that will allow users to set a different ringtone for WhatsApp group voice calls. But it is not confirmed whether the feature will be rolled out for WhatsApp Video Calls or not.

Earlier users could only log in to two devices namely a smartphone and a desktop. But now, the company is coming up with a new update and with this new update, users can log in to four devices using a single WhatsApp account. Other than smartphones and desktops, users can also run their accounts on their tablets too. A beta version of this feature was launched for iPhone users back in November 2020.