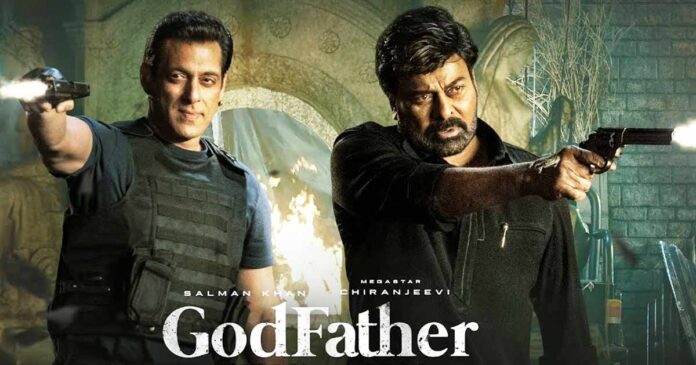 Chiranjeevi’s film, however, failed to beat the first-day collection of his previous movie Acharya. That movie starred Chiranjeevi with his son Ram Charan. Acharya collected a huge sum of Rs 38 crores on the first day of its release. Clearly, GodFathe completely lacked behind Acharya on the first day.

Even though the film failed to cross the benchmark set by Acharya, the makers are hopeful that it will start to do good numbers at the box office in the upcoming weekend. Critics and audiences are praising the film and the performances by the cast, which has added to the overall positivity around the film.

We are expecting to see a dip in the collection on Thursday, followed by a rise on Friday. Ultimately we are expecting GodFather to collect in excess of Rs 30 crores on Saturday and Sunday. This weekend will decide the fate of this movie at the box office.

GodFather also stars Nayanthara and Salman Khan in main roles alongside Chiranjeevi. The film is packed with action and boasts an engaging storyline. It’s definitely worth watching at the box office.

Previous articleSushmita Sen to Play the Transgender Activist Shreegauri Sawant in the Upcoming Biopic: Announces It With A Big Taali
Next articleTeen Patti Rules: How Do You Play This Interesting Card Game
Virat Verma

HIT The 2nd Case box office collection day 1 is estimated to be around Rs 5 Crores. The...
Entertainment

Dark Secrets of Tollywood One Should Know

Tollywood has many mysteries and secrets hidden behind its glamour, success, blockbuster actors, and movies. Many fans have speculated...