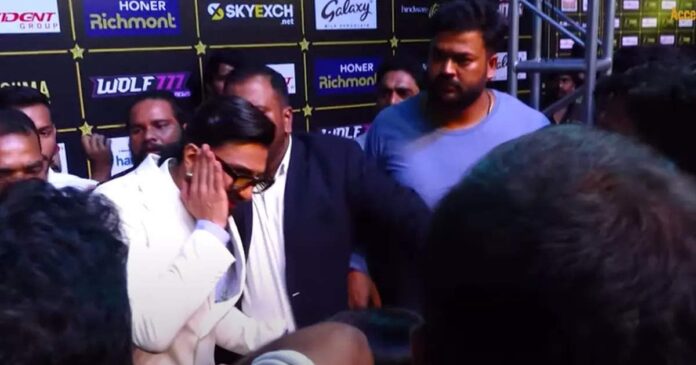 Ranveer Singh attended the SIIMA Awards 2022 this last weekend in Bengaluru. The actor shared pictures from the award ceremony with a number of actors, including Vijay Deverakonda, Yash, and Kamal Haasan. Singh took photographs with his followers in addition to walking the red carpet and mingling with the actors. The actor was mobbed by onlookers as he made his way down the red carpet, and in the chaos, one of his bodyguards unintentionally slapped Ranveer. 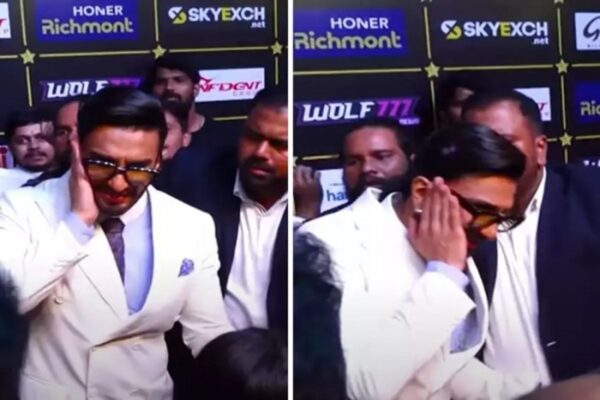 On the evening of September 10, the actor attended the award ceremonies alongside well-known actors, including Allu Arjun and Vijay Deverakonda, with Rana Daggubati serving as the evening’s host.


However, the surprise arrival of Bollywood sensation Ranveer Singh led to a mob-like atmosphere on the red carpet as eager fans crowded around to see the star. As the actor made his way down the red carpet, people surrounded him, and in the commotion, one of his security accidentally slapped Ranveer. The evening was devoted to the performances of the Telugu and Kannada film industries, and KGF actor Yash attended the awards ceremony.


Space was severely limited by the red carpet’s division between a segment with limited media access and a site entirely devoted to SIIMA and its staff. Even a fan who was unintentionally hitting Ranveer’s face did so because of the ruckus.


In the now-viral footage on social media, Ranveer Singh was surrounded by adoring admirers, and his security struggled to control the crowd. Ranveer was caught off guard when his bodyguard unintentionally slapped him during this heist. 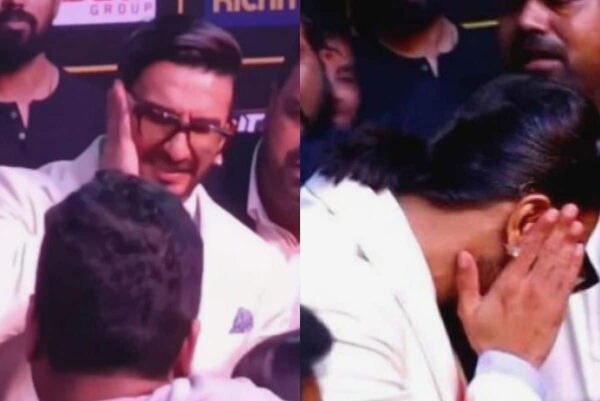 On September 10, Ranveer Singh got the Most Loved Hindi Actor in South Industry Award, and the ceremony’s guest list included some well-known Bollywood figures, like Arjan Bajwa and Shalini Pandey, who plays Ranveer’s leading lady in Jayeshbhai Jordaar. Pooja Hegde was also there.


While Pooja received the Best Actress prize for her work in the Akhil Akkineni film Most Eligible Bachelor, Allu Arjun won the Best Actor prize for Telugu for Pushpa. Ranveer Singh’s next acting project is Rohit Shetty’s Cirkus, which also stars Pooja Hegde and Jacqueline Fernandez.

In the now-viral footage on social media, Ranveer Singh was surrounded by adoring admirers, and his security struggled to control the crowd. Ranveer was caught off guard when his bodyguard unintentionally slapped him during this heist.