The Rocking Star Yash has become a global phenomenon with his impactful performance in the KGF series. He has scaled the heights of stardom and fame quickly and sharply. However, the glamour and success did not come to him overnight. Yash has worked hard for many years to finally get his deserved due in the film industry. He has won Filmfare awards like Best Actor and Best Supporting Actor for his outstanding acting skills. The KGF star charged a whopping Rs 30 Crore for Chapter 2 and became the highest-paid actor ever in the Kannada film industry. However, this lesser-known fact may not surprise you since he had already set the bar high with the first part of the movie. But the list of interesting facts about actor Yash that we are going to share with you will certainly bamboozle you. 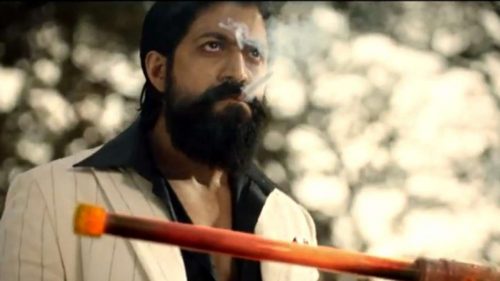 The film industry is where actors and actresses often change their names to sound unique and attractive. The Kannada actor is no different, as he changed his name to Yash while making an entry into the film industry.

2- He made his acting debut with teleserial Uttarayana

Yash made his acting debut with the Kannada show Uttarayana in 2004 after completing his B.A. from K.L.E. College in Bangalore. He found success with the show Nanda Gokula, where he co-starred with Radhika Pandit.

3- Yash has sung a song for a film

The action hero had turned into a playback singer for the song Annthamma which was part of the South Indian movie named Mr and Mrs Ramachaari.

4- Yash’s father was a bus driver

The Rocking Star, who has made the entire nation go crazy over his dialogues and mannerisms had a very humble upbringing. His father, Arun Kumar Gowda, used to drive the bus for KSRTC and BMTC.

5- He married his co-star from the teleserial Nanda Gokula

Radhika Pandit starred with the KGF hero in the teleserial Nanda Gokula. The two fell in love on the sets and decided to convert their relationship into a marriage. They tied the knot in December 2016 in a private ceremony.

6- He has established a social welfare organisation

Our favourite, Rocky Bhai, is a wonderful human being who likes to help others. He created YashoMarga Foundation with his wife in 2017 to help the farmers in India. The organisation actively works for better facilities for farmers, primarily in South India.

7- He is politically vibrant

Yash is vocal about his political inclinations. He openly campaigned for two BJP members in the 2018 Karnataka Assembly Elections. He has announced that he could enter politics if the timing is right.

The KGF actor had partnered with the Beardo brand of Marico Limited to start a lifestyle label named Villain in 2020. The brand mainly deals in perfumes and clothing.

9- Yash has a younger sister

The Rocking Star has a younger sister named Nandini. She is married to a computer engineer. The KGF actor has shared a few posts on Instagram with his sister on special occasions.

10- He played a minor role in his debut film

After more than two years of working in television shows, Yash finally got a chance to act in a movie in 2007. He played a minor character in the Kannada film Jambada Hudugi directed by Priya Hassan.

Bollywood superstar Salman Khan, also known as Bhaijaan, has a large fan base both domestically and abroad, and many...