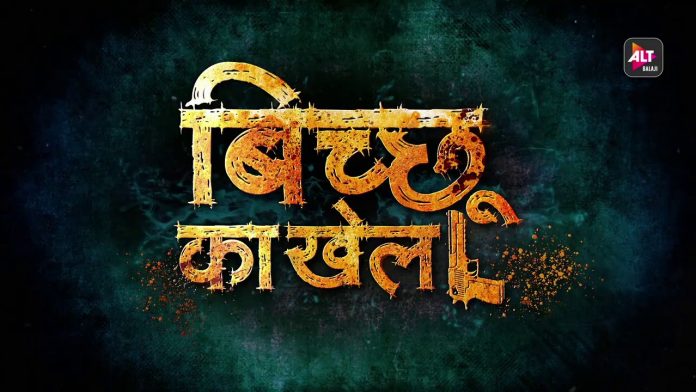 Divyendu Sharma is back with all new ‘bicchhoo ka khel‘, when we just started to miss his onscreen presence a bit already! On one hand, where the audience is boycotting the filming industry, on the other hand, it looks like our Munna Bhaiya has taken an oath to save it before it completely shambles into the fjord of ‘NEPOTISM’. After performing stupendously in MIRZAPUR, our “Bhaiya Main Bhaiya Munna Bhaiya” (Divyendu Sharma) is back with another robust rowdy character, who never stops himself from drawing the attention of his beloved fans towards his tremendous acting by showering bullets and cuss-words. 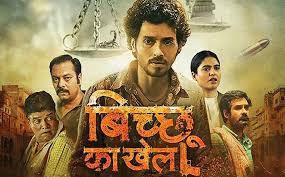 Bicchhoo Ka Khel is a promising revenge drama streaming on Zee5 & Alt Balaji from 18th November, which is set in Banaras, which gives you a glimpse of how the legal system is manipulated and mocked by hook or by crook. It is a tale of a street-smart character Akhil Srivastava (Divyendu Sharma) who takes revenge by killing a series of people held responsible for his father’s death. The most exciting part to watch will be his witty statements which he makes during the investigation, whether they will help him get out after causing a number of deaths with a clean chit or not, as during the course of the show we have heard Akhil saying “Hum bachengey nahi sir, aapka system hume khud aa kar bacha lega”. This is the most highlighted dialogue of the show even in the trailer. Will he be able to turn the tables and get out of the investigation with the help of the law or the law will turn the tables against him?


Bicchhoo Ka Khel doesn’t rely completely on Divyendu shoulders. There are also many great actors who have contributed to taking this show to a greater height. Starring Zeishan Quadri (Definite – Gangs of Wasseypur), playing the role of an inspector Nikunj Tiwari who has worked hard in his department for many years and has been a respected official in his field for his daring attitude and focused mind. Furthermore, we will be seeing Anshul Chauhan (known for Zero and Shubh Mangal Saavdhan) in the role of Rashmi Chaubey who is a cheesy and bold lady, popping Akhil’s cherry every time by making love madly with him. And last but not the least, the most talented with his flawless acting Rajesh Sharma and our YouTube star, the shine of The ScreenPatti channel Abhinav Anand (Bade) is also featured.


This time again another crime-based story has been put up for the audience highlighting the lives of UP people and the working of the legal system. It will be worth watching whether Akhil slips through the hands of cops or the cops were successful enough to put him behind bars. Being the main character, now we have to see how far Divyendu has taken the show. It is a must-watch as the series is a complete package of action, crime, and drama. So, be ready with your food and beverage because this week is going to be full of suspense and excitement.

ALSO READ: Web Series Review: What to Expect From, 1992 Scam: The Harshad Mehta Story Coming Out on Sonyliv

Betaal Review: Recently, Netflix Originals brought one of the most controversial series ever made. The series is called...
Technology

Nokia is back in the market after adding a new member to its audio accessories. Recently the company...
Entertainment

Family Man Season 2 Review- If you have been sitting tight for the second season of 'Family Man'...