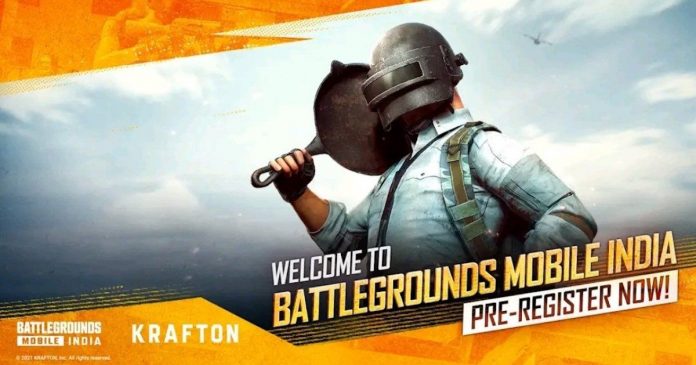 PUBG which was banned last time is coming back again but with a new name which goes by Battlegrounds. The excitement is going through the roof and one reason for the same is this extended lockdown as well.


Currently, Krafton has announced that the pre-registration for the game starts on May 18th, 2021. They announced the game a week ago.

The main question is the release date and it’s still not confirmed as of yet. Now, doing the pre-registration will give you exclusive benefits such as preinstalling the game on the launch date automatically.

Along with that, you’d also get other benefits such as Reckon Mask, Recon Outfit, Celebration Expert Title, and 300AG.

Coming to the main topic at hand, you must be concerned about the registration process. Now, the process is not at all hard but quite easy.


You have to start by visiting the Google Play Store’s page for Battlegrounds Mobile game. Now, in there you’d see a button for Pre-registration. All you have to do is click it, and it’ll ask you for confirmation. After agreeing to the popup, you’re done and registered for the game.

But there’s a catch, as of now, if you’ll search for Battleground on Google Play Store, you’ll find nothing in there.

The reason being that the game is not live as of now and they have a dedicated page for the Game but it’s not publicly accessible yet. So, only individuals with the link to that page are allowed for a visit and thus, the preregistration.

Wait! Before you do that, do you know that there are some changes to the game, and it’s different from the old version of PUBG you’re so familiar with?


Yes! The players will be having full clothes and there would be a lot less blood and gore in the game. Along with that, if you’re under 18 then you’d have to enter your parent’s phone number and will get a confirmation from them to play the game.

This time the manufacturers are closing in any type of loopholes that may lead to their crash again just like the last time. Afterall, India is a very large and profitable market for them.

Previous article
NEFT Money Transfer Will Not Work On Sunday, 23rd May 2021
Next article
Twitter starts the process of account verification for ‘Blue Tick’
Flickonclick

Nowadays, many people have become involved in playing online casino games. It has become mainstream as there are...
News

Recently, a new challenge was introduced by tech giant known as the Google ‘Stay and Play at Home’...
News

A lot of advancements have been made by the Krafton company to launch PUBG Mobile in India after...
Entertainment

PUBG Mobile was banned in India on 2nd September 2020 as per the government guidelines and now the...