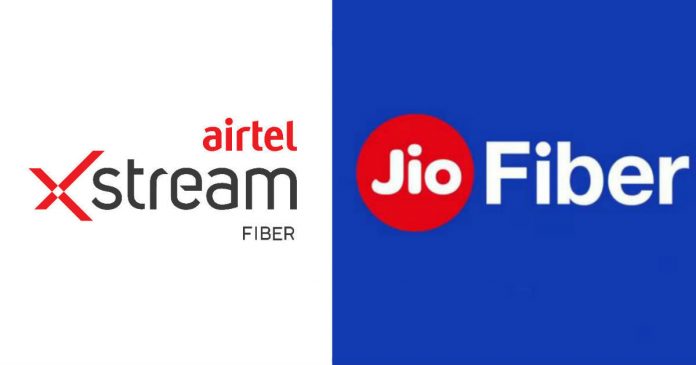 The turf war between Jio and Airtel is not hidden, and it’s getting more intense as time passes. Currently, Jio Fiber has launched unlimited data broadband plans that come with the subscription to OTT services as well, and of course! Airtel followed as well.

The problem with this rat race is that it leaves the end-user confused as to which network they should go for? The answer to which is the most confusing one, but can be obtained by looking at certain factors.

There are three things you need to evaluate yourself on, in order to choose between the two ISP’s. These three are as follows: 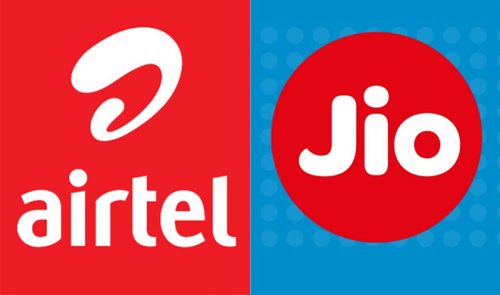 Jio’s data plans start from INR 399 at 30 MBPS speed and uncapped data limit. While Airtel Starts at INR 499 at 40 MBPS and the same data limit.

The higher-end plans are almost similar and give you much of the same benefits, and the only difference in them is the added value or benefits that they provide.

Jio’s offering a wide array of OTT services on its package including Netflix and Amazon Prime and access to Jio’s services. While Airtel only offers Zee5 and other subscriptions to their own platforms.

Jio is also offering a free trial to their Jio Fiber whilst in competition Airtel Xstream gifts you a Set-Up Box for free with their subscription.

For those who want 13 free OTT subscriptions can definitely go for Jio while if you’re someone who watches TV in their free time, Airtel should be your pick.

While the above two points might work as a strong deciding factors for your ISP choosing. Network strength in your area for a particular provider can not be overlooked at all.

While in all the points before this, Jio has a clear edge over Airtel. But this is where Airtel takes leads with their constantly strong signals all over the country unlike Jio, which is highly variable.

Now, we have tried to make you aware of all the possible things you need to look at before selecting your ISP. We do hope that it would help you in making an educated guess, so choose wisely. Also, comment down below which one would you prefer and why?

Jio is giving out offers like crazy from the very start and that's why it's one of the...
News

Reliance Jio has announced on Wednesday that they are going to bring a change in their plans as...
Technology

Jio and Google released their joint venture JioPhone Next, set to release on Diwali in stores. The Smartphone...
Offers

The IPL is here and upcoming is the season of festivals, which is why celebration is a must....
Offers

Airtel is all set to give its users more than a fantastic internet experience. Yes! With the new...
News

The IUC (Interconnect usage charge) battle that has been going on for years is now intensifying. IUC is...