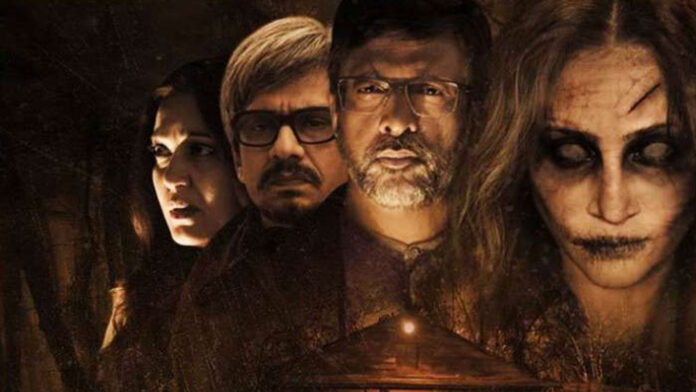 When you hear the word “Indian horror series and movies on Netflix, your expectations drop almost instantly. You could, however, be wrong. While we all know that Bollywood does not thrive in this category, there are some gems in the rough to be found on occasion. Netflix, which has the scariest material collection, also has a lot of alternatives in its Indian area. But, before you choose a show or a film that fits your assumption, we’ve uncovered 8 Indian horror movies on Netflix that will truly frighten you. If you are brave enough to handle the horror, check them out.

1920 is better defined as one of the best Indian horror movies equivalent to Hollywood movies like Conjuring, The Exorcism, and Amityville. We begin with a haunted mansion that many have attempted to demolish, but something has always prevented them. When the new owners move home, the woman is soon possessed by a particularly evil spirit. The evil possession is inspired by The Exorcism, but it gets so out of hand in places that it feels more like a Scary Movie gone a little too far. It’s a Hindi film set in Western civilization, so there’s a bizarre combination of classic British settings and Hindi actors.

This is our fave of all the Indian horror series and movies on Netflix. Rahi Anil Barve’s filmmaking premiere, filmed in Maharashtra between 1918 and 1947, follows three decades of a Konkanastha Brahmin household as they seek an ancient wealth cursed by the deities. If nothing else, watch this movie to become connected with Sohum Shah’s superb acting abilities.

Lupt tells the story of a workaholic troubled by frightening visions who takes a break with his family, but a diversion leads them to an unpleasant stranger and terrifying occurrences as the family is besieged by unusual forces. With the real scare and ambiance, the film is significantly more like a western horror. It provides an excellent balance of emotion, action, and thrills. It’s a little unique in that it’s more of a medical nightmare than anything else, and it gets mixed reviews, with most people saying it’s a good watch but not the finest.

Anushka Sharma portrays as Rukhsana, the child of a woman who was the target of a demonic ritual, in this movie. When her mom dies by accident, a kind-hearted guy takes her in because he feels she is a victim of domestic violence. However, Rukhsana’s situation is not as it appears. Keep the nightlight turned on because Anushka’s portrayal in this flick will undoubtedly give you horror flashbacks. Pari is one of the best Hindi horror movies on Netflix that will frighten you in your dreams also.

Bulbbul is a scary fairy-tale melodrama with a lot of potentials. The plot is tough to convey because it is multi-leveled and not chronological at all. The film is essentially about angry spirits/witches/demons stalking a tiny community; the vengeful spirits are essentially feminist creatures seeking vengeance for past man’s monsters. In classic Bollywood fashion, the film is incredibly forceful and colorful. However, if you watch this Indian horror movie, make sure you can concentrate or you will lose enthusiasm and give up.

Stree is the highest leading horror in this category and is a colorful Bollywood comedic horror delight. During the four-day annual event, a witch called Stree kidnaps men in the nighttime, abandoning their garments behind. A bunch of pals finds themselves amid a hilarious comic terror while attempting to live. If you appreciate Indian movies, you will enjoy streaming this Horror comedy movie on Netflix.

A wonderful and fascinating film in which Swapna, a nyctophobic game creator on a rocky path to rehabilitation from an experience that badly damaged her, must battle her demons to continue living in the game called life. As she is pursued within her own house, she must fight not only her would-be assassin but also her inner self. It is a very popular film and one of the best Indian horror movies on Netflix to stream because it is dynamic, modern, and unique.

This film’s plot centers around a couple that chooses to take a vacation out of town while the man secretly prepares to make a tape of their intimate times together. Events take a turn for the worst as they witness ghostly activity around them. The plot may appear straightforward, but the happenings in this film are, to put it mildly, chilling. This one undoubtedly makes the list of the best Indian horror movies on Netflix! Watch it to find out how spooky it is.

It's not like the movies lacked big names or spectacles. Large-scale thrillers have struggled to make money at...
Lifestyle

Many Upcoming Bollywood Movies are remakes of either South Indian films or Hollywood films. Bollywood has been criticised...