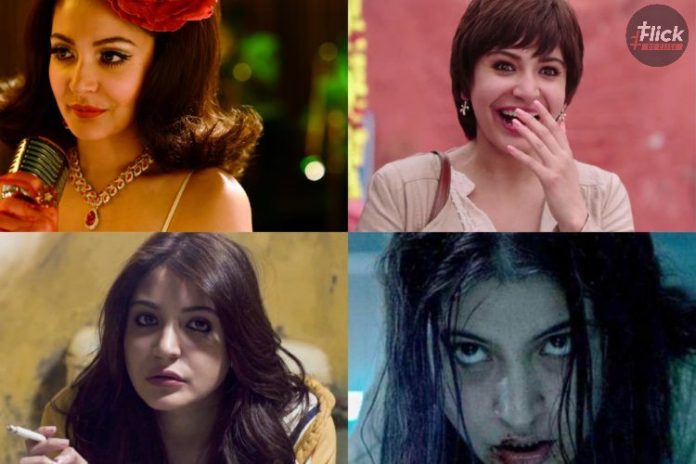 Anushka Sharma is one of her own class. She’s one of the finest actresses that have promisingly delivered her hundred percent in acting. Every time she was seen with a new character and challenging role in every new film. Her aura is such that everytime you watch her social posts or movie you tend to praise her.

That is why on the occasion of Anushka Sharma’s birthday which is on 1st January, we present you a list of her fabulous movies that you can enjoy this weekend. Take a look and you will enjoy it. 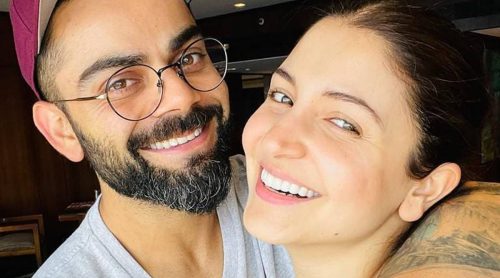 Who can forget the very first film of Anushka Sharma? This film was Anushka’s debut film and it never felt like she was facing the camera for the first time. She was energetic all the time as it could be seen in her acting and appearing in a debut film with King Khan is not a small thing.

Anushka played the role of Dhaani, a young girl full of adventures who married Shah Rukh Khan because of certain circumstances. She wasn’t happy with this marriage, that is why was always in search of an escape route and later found it in the form of dance classes. In order to win a dance competition, she paired with a look-alike of her husband but she never found out that he was actually her husband in disguise.

That’s why she fell in love with her dancing partner and the drama takes a sharp turn towards an end with suspense that what will when his husband’s identity will be revealed in front of her.

This film was about promoting Make-in-India products and boosting the movement. Meaning, being self-employed and having an entrepreneurial spirit throughout life. Anusha Sharma played the role of Mamta, wife of an experienced tailor Mauji Sharma (Varun Dhawan) who visioned himself to become one of the biggest fashion designers with his authentic Indian designs.

Mamta always supported his husband and became Mauji’s biggest reason for not giving up on his dreams. Anushka was perfect in a lower-middle-class housewife role and her fantastic role was admired by everyone.

This lady has undergone tremendous and hard training to get in shape for the role of a wrestler named Aarfa in the film. She worked along with Salman Khan and with this film she became one of those actresses who have worked with all three Khan’s. Salman Khan drifted away after getting fame and didn’t take care of his family which resulted in a huge mishappening for their family.

The action-packed is filled with real emotions and an enthralling lifetime experience. This movie will make you realize that what actually happens in a sportsperson’s life and how much they go through.

Anushka Sharma looks divine in the retro look as she plays a jazz singer named Rosie. She looks stunning in period outfits. Working as a nightclub singer, Rosie knows all the mafia secrets but eventually, the mafia Don gets to know about her leaking information to the press and he is after her to kill her.

Ranbir and Anushka did really well but the film failed to make an impact at the box office. Still, her fabulous acting and sharp-minded character stole many hearts on the big screen.

PK is one of the rarest films that is liked by people of every age group. Although, the film was fictional and introducing a lost alien in the human society was such a commendable job by the writers of this film. Despite being an alien, PK became a close friend with Jagat Janani (Anushka Sharma) and she helped him in finding his remote so that he can travel back to his planet.

This was a very different concept that came after so many years and was well appreciated by many people. Anushka did a tremendous job and what you can expect from such a talented actor. It’s always fun to watch PK.

Band Baaja Baaraat revolves around two characters who share the same dream of becoming the best wedding planners. Started as business partners but the journey takes a turn between their relationship and demands to get closer which resulted in mishaps in their life and business too.

After getting a huge opportunity the duo re-unites and gets back together. Anushka gave another spectacular inspiring performance by playing Shruti Kakkar. Their Jodi was liked by everyone but they didn’t do well in their next movie.

After so many years Shah Rukh Khan and Anushka Sharma were seen together in a film. Anushka plays the role of a genius scientist who is suffering from cerebral palsy and is wheelchair dependent. Shah Rukh Khan plays the role of Bauaa, together they have fun but later she cut ties with Bauaa as she finds out he is after her childhood crush star Babita Kumari played by Katrina Kaif.

He returns after realizing his mistakes and enrolls himself in a space program that is sending people on mars. He completes the mission but never came back. Playing the role of a physically disabled person who is suffering from cerebral palsy demanded a lot of effort and hard work from Anushka Sharma and she did what it takes to do her best.

Also Read- Some of the Precious Gifts That Anushka Sharma &#038; Virat Kohli’s Daughter Vamika Has Received so Far

Anushka Sharma Will Be Seen in Jhulan Goswami Biopic Very Soon, Back On The Big Screen After a Long Time

A few days after getting a haircut from wife Anushka Sharma, cricketer Virat Kohli starts "Trim at home"...
Entertainment

Top 10 Virat Kohli Hairstyle That You Should Tryout

Virat Kohli Hairstyle: The Indian cricketer keeps changing his haircut to look more stylish and handsome on the field....
Entertainment

What a heart-melting picture has been shared by Virat Kohli on his Instagram account. He posted an adorable...