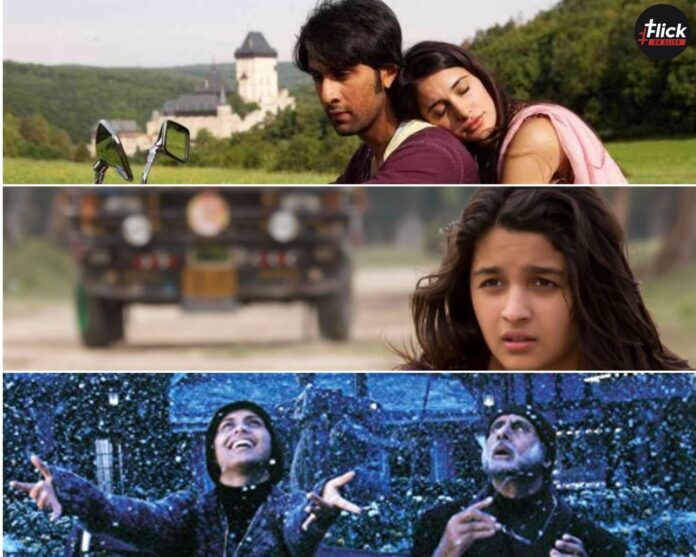 Love is a complex emotion that is difficult to define in a single statement. Rather, We
believe it is impossible to define. To various people, it signifies different things. While
it may mean nothing to some, it could mean everything to others. Whatever the
situation may be, one thing is certain: this four-letter word makes the world go ’round!
Bollywood and Love are meant to go hand in hand. They can never get apart!

Check out these 8 Bollywood movies that show us various commendable forms of love. 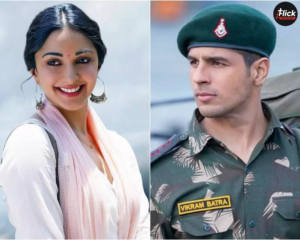 Unconventional love is the theme of this film. It was released in 2005, but it
was still years ahead of its time. Michelle is a blind and deaf child whose new
teacher Debraj is teaching her the ways of the world. Despite the fact that he is
her father’s age, the two develop a special bond through time that can be
described as love and much more!

Debraj transforms an uncontrollable youngster into a human. He teaches Michelle how to live a dignified life and pursue her educational goals. Michelle still cares about Debraj, her teacher, after all these years. Unfortunately, he has Alzheimer’s disease and has lost all
memory. This movie is much more than an unconventional love story.

A phenomenal movie from Imitiaz Ali’s tales, Alia Bhatt as Veera is a young Delhi girl from
a wealthy family who is going to get married. Her world is turned upside down
when she is kidnapped by Mahabir, a local goon. Both Randeep Hooda and
Alia Bhatt has done an excellent job in this film, as they’ve beautifully
conveyed Veera and Mahabir’s complex relationship as they travel around
North India.

Veera and Mahabir gradually develop a love for one another, and
Veera enjoys a sense of freedom and fulfillment in being with Mahabir, even
though she is aware that he has abducted her! Of course, Veera and Mahabir do
not end up together, but this film is undoubtedly one of Bollywood’s most
unusual love stories.

This is a true story based on the life of Dhirubhai Ambani and his wife
Kokilaben. Gurukant, a teenage kid, has a history of failing to please his father.
After growing up, he couldn’t find a good job in India, so he moved to Turkey.
He planned to start a business after returning to India, but he had run into
financial difficulties.

Similar to Dhirubhai Ambani and his wife, Kokilaben, who constantly supported her husband in his journey to becoming the richest man, Aishwarya’s role was a rock of strength for Abhishek’s character during his struggle days in the film.

This is one of the best romantic comedies of 2000s. Jab We Met is a lovely film that will leave you with a smile on your face. It has a very simple story with nothing new to offer. However, the essence of the film is just “loving the journey more than the destination.” The cute interactions between Shahid and Kareena and their hilarious dialogues are terrific!!

Both actors have done extremely wonderful work and the support actors are also really amazing. Jab We Met can easily be watched again and again.

Shershaah is also the love story of Captain Vikram Batra, an unsung hero, and
Dimple Cheema, his eternal sweetheart. Vikram Batra’s life is chronicled in this
film, from his upbringing to his falling in love with Dimple Cheema to finally
laying down his life for the country. Kiara Advani played a resolute Sardarni who is
head over heels in love with Sidharth.

Without Dimple’s knowledge, Vikram secretly married her at a gurdwara. He had also filled her maang with his blood and referred to her as ‘Mrs. Batra.’ Unfortunately, Vikram gave his life to the country. Shershaah’s songs are worth listening to. This
the movie truly defines eternal love.

The film is based on the love story of a couple who have been married for 25
years, and it is told through the eyes of their brave daughter, who has
pulmonary fibrosis and is in her teens. While battling their daughter’s
condition, the pair concentrated on their marriage.

Niren Chaudhary and Aditi met at Purani Dilli, fell in love, and became pregnant by accident. Then they got married and stood by each other through everything. They stayed
joyful and their chemistry was refreshing even after confronting life’s trials.
Aisha, their daughter, is depicted in the film as a cheerful young lady who
believes that the key to a good life is to live it to the fullest. She spoke about how
important it is to be happy and do things we enjoy.

This film depicts how love & support can help you go through everything.

This is a masterpiece by Imitiaz Ali, which was difficult to understand at once
by the audience. Jordan and Heer are normal college students who like having a
good time. They discover they’re madly in love with one other at Heer’s
wedding, but it’s too late. They reunite a few years later, still as in love as they
were the last time they saw each other.

The only problem is that Heer is married and gravely ill in Prague. While Heer’s love brings out the best in Jordan and helps him advance in his singing career, it also brings a curse. Even if they reconcile, they won’t be able to be together for long. Even after Heer left
him, she stayed with him, in some ways bringing forth the best in him.

This romantic Bollywood movie is a traditional love triangle, directed by Anurag Kashyap and stars Taapsee Pannu, Abhishek Bachchan, and Vicky Kaushal. Manmarziyan has a
completely different and refreshing perspective on love and relationships, and
this is exactly what the audience appreciated. Unlike any other Anurag
Kashyap’s film, this one conveys a person’s perplexity and feelings.

Rumi and Vicky are in love, but Vicky has second thoughts and avoids the issue when it comes to marriage. Rumi agrees to an arranged marriage with Robbie when
she abandons her one true love. Robbie falls in love with Rumi even after
knowing about Vicky.

Bollywood produces the most number of films in the world every year but only a handful of them...
Entertainment

Bipasha Basu is a talented and versatile Indian actress who has appeared in numerous films throughout her career....
Entertainment

Ram Setu starring Akshay Kumar, Jacqueline Fernandez and Nushrratt Bharuccha in the lead roles, is all set to...