China is the house of the largest film & drama production studio in the world. We have included Chinese movies in form of – directed by someone in China, displaying dialogue in Chinese, or influenced by Chinese culture.


Chinese movies like thriller on Netflix from the world of detective, you can watch the shows with English subtitles and Hindi languages available on the OTT platform. 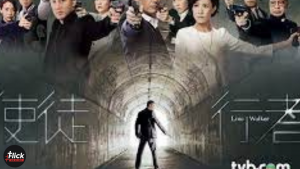 IP MAN, also known as Yip Man, is a Chinese martial artist and a grandmaster of Wing Wing Wing Chun. This film has Wisdom, Courage, Elegance, Humor. With all mixed elements you will feel connected to IP Man.

All the actors have done a good job. I believe this is the best film ever contributed by Zhen Zidan. This is a film series too, with all parts available for streaming on Amazon Prime videos.

Line Walker is the 2016 Action Thriller film adapted from the 2014 TVB series with the same name. Among the action-thriller films on Netflix.


The actors all do work well. Louis Koo, Francis Ng, and others are charismatic as they bring the story to life. There are several action dramas available, but not as good as this. So there is something everyone can enjoy.

Bullets Disappear is a Chinese Mystery film with a detective angle on Netflix was written by Yeung Sin-Leung and directed by Lo Chi-Leung.

The mystery involved in the writing, direction, and acting, all are very entertaining to watch. All in all, “bullets disappear” is tense and a thrilling movie.

Infernal Affairs is a 2002 Hong Kong Action Thriller film on Netflix. The connection of all Asians does best in a moody, stylish tension-based thriller.

Even though there are four main characters, they are all men. It must be bad for any film but I think this is one exception to the rules. Emotions and tensions between the four are well written and brilliant.

The Yin-Yang Master: Impian Eternity is a 2020 Chinese fantasy film directed by Guo Jingming. Thriller film, among the action-thriller films on Netflix.

It has Large CG, complete storytelling, all actors and actresses do their best. And of course background music, perfect soundtracks. The director did a great job in the script, very entertaining to watch!

Previous article
Best Movie Titles Of The Year, As On July 10th 2021
Next article
Rahul Vaidya Opens Up on ‘Indian Idol’ Row, Says Early Season Were ‘Too Pure’: Talks About Neha Kakkar and Being a Future Judge
Flickonclick

Murder mystery often provides a different type of thrill that you just cannot get from an ordinary investigative...
Entertainment

We have a Vday gift from Marvel as Doctor Strange in the multiverse of madness trailer has been...