17 Best Hindi Movies that will Inspire the Entrepreneur in You 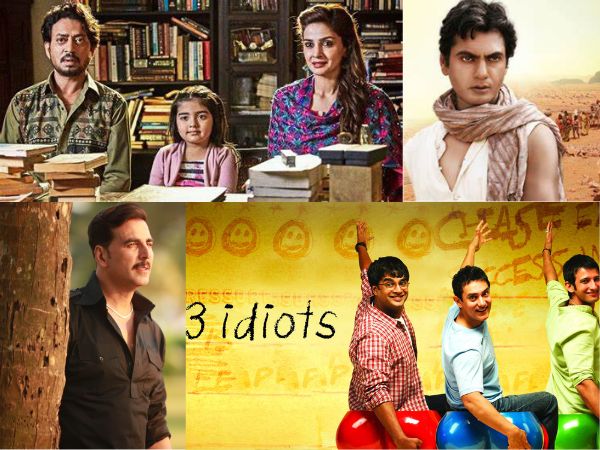 Due to the growing startup culture around the world, there are more entrepreneurs than ever before, which means there is more rivalry in the business sector. The fact that entrepreneurs occasionally feel uninspired or trapped makes it natural for them to read or watch to rekindle their motivation.

Films frequently represent our society, but they also serve as a mirror of ourselves. The fact that the good ones continue to depict the tragedy and triumph of the human experience and consequently have an impact on all of us is, therefore, not surprising. Here is a list of some best Hindi movies for the entrepreneur in you.

17 Best Hindi Movies to Inspire the Entrepreneur in You 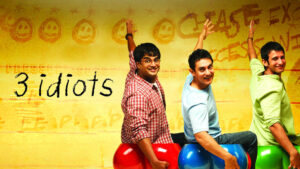 A film that combines emotion, comedy, love, and inspiration. Three college classmates are shown in the film, and each of them has a unique viewpoint on education. The movie 3 Idiots popularises the idea that knowledge, talent, and talent cannot be demonstrated by a degree or other document.

This film challenges viewers to think outside of the box in order to have a fulfilling life. This movie has broken many box office records, so it should be the number one movie to watch on the list. 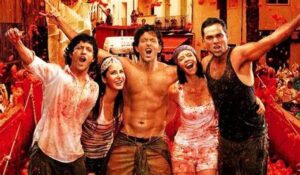 The subtitle, “Life Will Never Come Back,” refers to a coming-of-age road movie with drama, love, emotion, and—last but not least—a perspective on life and maintaining mental health. Arjun, Imran, and Kabir, three boyhood friends who rejoin for a three-week road journey, are the subjects of this film, which chronicles their lives.

All three pals have distinct motives for going on the road trip. Arjun is compelled to go on the trip by his buddies because he is very preoccupied with his profession. Natasha, Kabir’s other half, wants to take a break from that because they are having some issues. Imran also wants to meet his artist’s biological father. The Big Bull, a 2021 Hindi-language financial thriller film directed and written by Kookie Gulati, stars Abhishek Bachchan, Ileana D’Cruz, and Nikita Dutta and is based on stockbroker Harshad Mehta, who committed financial crimes during a ten-year period between 1980 and 1990. It began filming in September 2019, and on 8 April 2021, Disney+ Hotstar distributed it digitally. 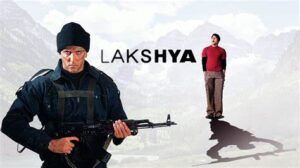 The story of a young guy who initially has no life goals and eventually becomes an army officer is told in the film “Goal,” which translates as “Goal.” This film also explores the fear of failure and how to overcome it. Any entrepreneur who has been hesitating to make difficult decisions and firm decisions without hesitation will be inspired by this film. 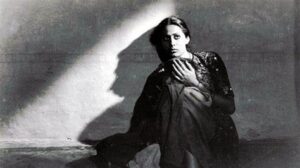 The effort of Mr Rao to create milk production and distribution during the White Revolution is depicted in a 1976 film that is set in rural India. The oldest instance of entrepreneurship is depicted in this film. It’s one of the finest Hindi movies for the entrepreneur in you.

6. Once Upon A Time In Mumbai 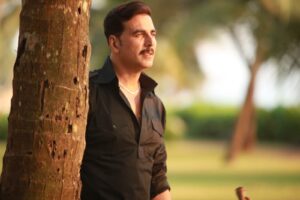 This film centres on a smuggler in Mumbai in the 1970s, a young criminal trying to oust him, and a cop caught in the thick of this conflict. The underhanded dealings and betrayals are all shown in this film. This film will undoubtedly alert entrepreneurs to all the unethical activities that may be taking place behind their backs. 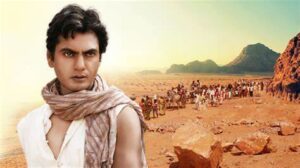 An excellent source of motivation for businesspeople, based on the true story of Dashrath Manjhi, who carved his own path on a mountain against several obstacles. He pursues his desire all the way to the end, and the suspense around this film’s next challenge will have you biting your nails. 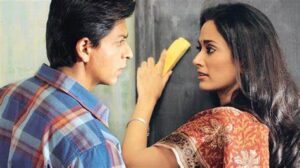 In this film, a scientist who works for NASA visits his hometown in India and discovers that there are electricity shortages there. He sets out on a mission to bring much-needed improvement to his hamlet. This film encourages you to remember your roots, consider what you can do as a person to advance society, and what you can provide, particularly if you’re an entrepreneur. 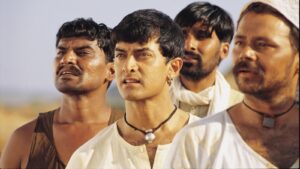 This film is set during the Victorian era when people staked their future on a cricket match against the harsh and brutal British emperors. It is a thrill to witness the highs and lows of the game as well as the movie because some of the players on the villagers’ side have never played cricket before.

Lagaan also gives viewers a look into the state of India during British Rule. The message of this film is that anything is achievable if a team led by the leader works together with a single objective in mind. It’s one of those Hindi movies that will inspire the entrepreneur in you. 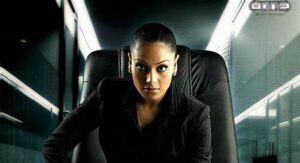 The 2003 pesticides issue in India, when a Delhi-based non-profit organization published a report finding pesticide levels in cold drinks at levels 30 times what was considered safe, served as the inspiration for the plot of the movie, which centres around two corporate behemoths competing to recklessly maximize their respective profits.

The video exposes the shady intersection of business and politics, the games that the men in power engage in to maintain their dominance, and how this impacts the average person. 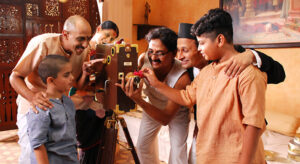 The movie, which is set in the early 20th century, is based on the true account of Dadasaheb Phalke, who leaves a successful printing company and struggles to make ends meet after losing his job.

He is soon introduced to movies, and with his devoted wife and children by his side, he advances into an area that was uncharted at the time and creates India’s first feature film, “Raja Harishchandra,” becoming the forerunner of the modern world’s largest film business. It is one of the best Entrepreneur based Hindi movies.

12. Rocket Singh: Salesman Of The Year 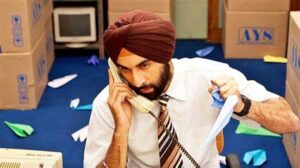 Harpreet Singh, who lives with his grandfather, receives a sales position with AYS Computers despite only receiving a 39% grade in his graduation. He quickly learns that being honest is not the best course of action after being ignored and made fun of by his supervisors and coworkers.

He partners with four other company employees to bootstrap his own parallel sales company utilizing the resources of the business, resulting in the formation of a bogus corporation called “Rocket Sales Corporation.”

The story centres on four young friends who graduate from college and launch a business together in the 1990s middle-class dynamics. They then go on to generate enormous profits by importing expensive foreign items and avoiding the import tariff on them using unconventional means. 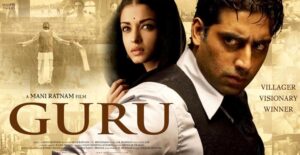 Without a doubt, Abhishek Bachchan’s most well-known film is Guru. The story of Dhirubhai Ambani, the guy who founded the Reliance company, is brilliantly portrayed in the film.

The audience and critics who viewed the film were able to examine how Dhirubhai Ambani’s rise was shown on the silver screen, despite the fact that the film’s creators never explicitly said that the cinematic endeavour was Dhirubhai’s narrative. 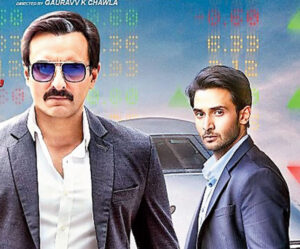 Although Baazaar didn’t create much of a stir, both the public and the critics praised it highly. Bazaar, starring Saif Ali Khan, is based on Dalal Street’s operations and what goes on behind closed doors.

The director has added a fake plot to add some flavour. Even though the plot may appear predictable, ambitious businesspeople would nevertheless like this Bollywood film because it depicts what a businessman’s daily life is like.

In Hindi Medium, a self-made businessman battles to enrol his daughter in a reputable school. The institution requires that the parents read and write. As a result, he chooses to use a reserved quota to get her admitted. The family gives up its accustomed amenities and moves to a less-than-average residence.

The difficulties that both the rich and the poor encounter are concurrently shown in the film. You’ll appreciate the topic and the humour presented. Warning: This lesson will reveal that success does not always follow from attending a prestigious university. This Bollywood film will be enjoyable to all businesspeople. 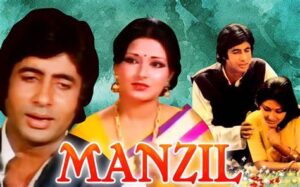 The movie explores the aspirations of a young unemployed man who wants to launch his own business. He launches a galvanometer company, but it fails to owe to market rivalry, leaving him with a mountain of debt.

He lied to his girlfriend’s father when he proposed to her and is now being sued for business fraud by the woman’s lawyer’s father. The main character changes his ways and wins in the end. This is one of the best Hindi movies for the entrepreneur in you.

2022 has been a period of challenges and successes for the Bollywood film industry, with several movies starring...
Talent

Harshdeep Kaur has been one of the legends in the Indian music industry and there are quite a...