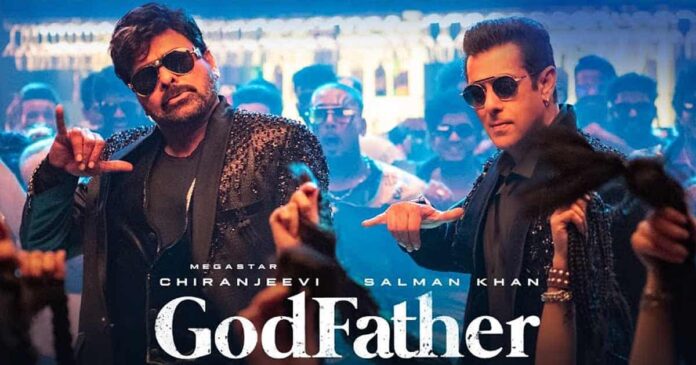 GodFather featuring Chiranjeevi, Nayanthara and Salman Khan, earned a collection of Rs 10 Crores on Day 3 at the Indian box office. The film has crossed the mark of Rs 50 Crores at the domestic box office. In total, it has earned Rs 54 Crores at the box office in the domestic circuit. On the other hand, the film is doing good in the overseas market, and its collection has already crossed Rs 80 Crores worldwide.

GodFather minted Rs 10 Crores on the 3rd day, which has added to the first-day collection of Rs 21 Crores and the second-day collection of Rs 13 Crores. The current trend of the box office collection for GodFather is downwards. However, we can see a slight upward change in the upcoming weekend. The film is expected to do well in the holidays.

On the other hand, the international market is giving a positive response to the film as it has already gone past Rs 30 Crores. We have still not received the exact numbers for the worldwide collection.

GodFather is an action drama that marks the epic comeback of the South superstar Chiranjeevi as the main lead in style. Before this, he had starred in Acharya, which also featured Ram Charan. That movie tanked at the box office. GodFather also features Salman Khan in an extended cameo, and this is the first time he is sharing the screen with Chiranjeevi.

Previous article17 Best Hindi Movies that will Inspire the Entrepreneur in You
Next articleGoodbye Box Office Collection Day 1: Earns Only 1.5 Crores in India
Virat Verma

Black Panther Wakanda Forever box office collection day is estimated to be US $50-65 Million at the domestic...
Entertainment

Ram Setu box office collection day 2 will fall below the level of the first-day collection, which was...