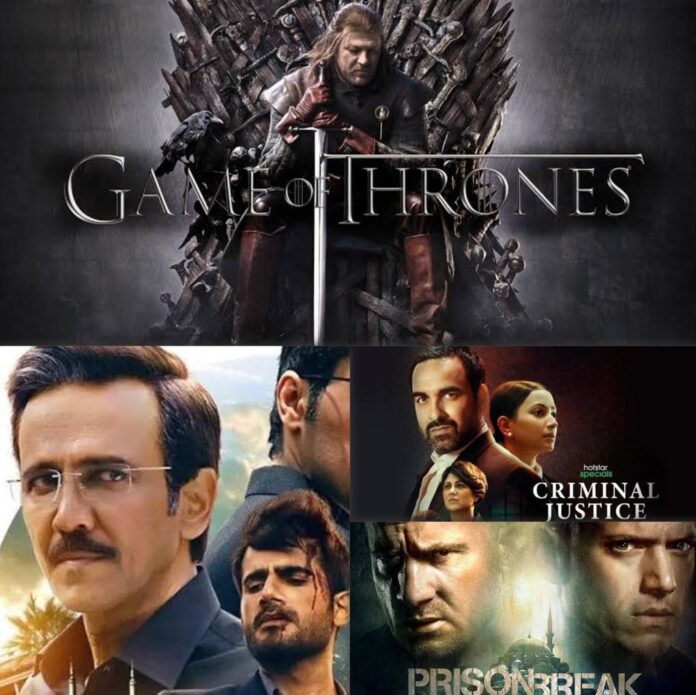 Disney+ Hotstar has established itself as a major entertainment hub with the daily introduction of new and interesting episodes and movies. Hotstar provides content from both Hollywood and Bollywood. Hotstar has a wide selection of Bollywood web series in a variety of genres, regions, and settings. Hotstar has dubbed the best Hollywood shows offered on platforms so that everyone can stream them. 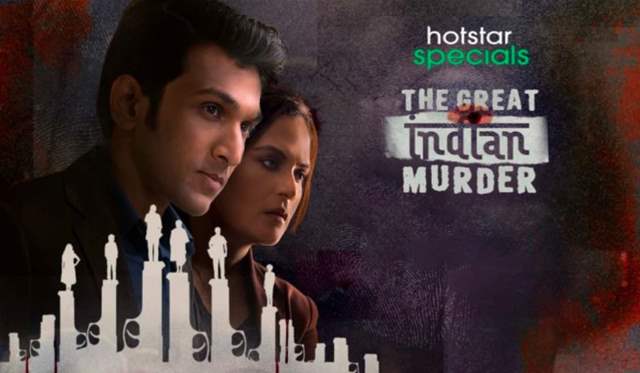 Disney + Hotstar provides a vast collection of Hindi TV series from all of the Star Television channels that you are used to watching via cable TV. Some of the best Hindi TV programs on Hotstar, however, are those created as Hotstar Specials. Except for a couple, most of these Television programs are fantastic.

In this post, we’ve compiled a list of the 15 top Hotstar Hindi shows for your favorable consideration. Meanwhile, if you aren’t already a member of Disney Plus Hotstar, we strongly advise you to do so.

Special Ops is one of the best Hindi spy thrillers web series on Disney+ Hotstar about a RAW investigator (Kay Kay Menon) who thinks a solitary terrorist is responsible for a string of terror acts. He is under formal investigation, though, for his inappropriate use of government monies.

The series progresses as Menon reveals how he chose and prepared a group of special operators to hunt down the terrorists behind some of the world’s largest most heinous terrorist crimes. The eight-part show is a little long, but Menon maintains the mood flowing and makes this an enjoyable watch.

This is a crime drama. A doctor’s family is kidnapped by four hooded men the night before she is set for surgery on a highly wealthy and influential lawmaker in a Hindi Television show on Hotstar. She has the choice of saving her client or her household, but she chooses to confront her persecutors and turn the screws on them.

Tisca Chopra, Ronit Roy, Parvin Dabas, Aashim Gulati, and Mohan Kapoor are among the TV stars who appear in Hostages. The plot of this TV show isn’t particularly noteworthy, but it’s fast-paced and puts you on the edge of your seats until the very end.

This Indian crime thriller is modeled on the BBC drama of the same genre.   The show offers a wonderful balance of thrills, drama, and criminality, and it will put you on the tip of your seat throughout.

After a drug meeting and one-night romance, Aditya is accused of homicide after a girl passes in his cab. He wakes up with the girl murdered and a blade in his hands.

He must figure out what transpired that night and demonstrate his innocence to the police and the legal system before it’s too late and he gets imprisoned.

The story follows a pleasant, well-to-do family in Rajasthan who are devastated by the sudden death of the household patriarch (Chandrachur Singh). It’s now up to the matriarch (Sushmita Sen) to take charge and ensure her clan endures the drug trade it’s been thrown into.

She has lost trust in everyone, including her best mates. Will she and her children survive?

One of Hotstar’s best debut creations is the nine-part suspense drama. Yes, it can be a little OTT at points, but see it for Sushmita Sen’s major acting debut.

This new Hindi drama on Disney Plus Hotstar alternates between two eras. One is set in 1984 and tells the tale of a forbidden romance in the middle of the historic anti-Sikh clashes.

The other is set in 2016, when Amrita Singh, an IPS officer, is assigned to investigate the incident. Somewhere along the line, she realizes that her background is closely intertwined with the crime and that resolving it would entail imprisoning her dad.

The show’s plot is intriguing, yet it might feel rushed at times. It also attempts to appeal to the spectators’ emotions, although it is far from a tear-jerker. Overall, it’s a good one-time watch.

If you want to pass the time while viewing renowned performers perform, you could like The Great Indian Murder on Disney+ Hotstar. The assassination of a notorious businessman and the son of a major politician is the focus of the nine-part drama.

He was fatally shot at his celebration, and the cops must examine many possibilities to uncover the perpetrator. However, the plot is more complicated than that.

All of the primary characters have backstories that keep you guessing until the conclusion. In the meantime, the detectives have their plan.

Masoom is a Hotstar Hindi program inspired by the Irish drama Blood. It marks the web series premiere of Boman Irani, who plays a widower who operates a rehab facility in a town.

When his little daughter gets back home after years away to seek justice for her mom, she discovers truths that threaten to sever her bond with her entire family.

This six-part miniseries is entertaining and quick to watch, even if it isn’t the most memorable on this list.

Nagesh Kukunoor produced this Hindi political thriller on Hotstar, which is one of the greatest television shows on our list. The TV show’s narrative revolves around a fictitious political family in Mumbai.

A murder attempt is made on the father, one of the most powerful figures in this clan, and a power struggle between his son and daughter ensues, obscuring the borders between what is right and unethical.

Game of Thrones is undoubtedly the most successful and popular television web series of all time. This is the best Hollywood online series in Hindi because of its unexpected twists and engaging plot.

Nine noble houses are engaged in a bloody battle for control of Westeros. The show has a 9.2 IMDb ranking and a worldwide cult following, making it a must-see.

How I Met Your Mother is one of the best sitcoms ever created. If you believe this is like the typical dramas you’ve seen, you’re wrong. Typically, sitcoms serve only one purpose: to entertain you.

How I Met Your Mother is not your typical sitcom. There’s companionship, love, life, grief, sadness, betrayal, grief, and a whole lot more.

This series demonstrates how life isn’t always a joyous ride but is rife with difficulties and ups. The characters and plot are well crafted, and the narrative is a must-see.

One of the best series with thrill and drama on Disney+ Hotstar is Prison Break. The plot is straightforward: an engineer installs himself in the jail he constructed to aid in the release of his brother, who was wrongfully convicted of a crime.

The series may have a slow and time-consuming beginning, but that’s merely character development.

The plot thickens as the series continues, revealing real-life issues that inmates endure within jails. The show is excellently written and must be seen.

12. The Winter Soldier and the Falcon

Get your popcorn and happy attitude ready for this one, since while the title suggests an action drama, it’s more of a roasting war between Sebastian Stan and Anthony Mackie.

The plot is quite adaptable, and it demonstrates how much politics may interfere with the heroes’ ability to execute their jobs. S.H.I.E.L.D.

It was turned over to the Falcon after Avengers: Endgame, but America had other intentions because the new commander was a military boy. The show contains numerous easter eggs and is a must-see for Marvel aficionados.

Euphoria is a typical American high school play. The series centers around the protagonist Rue, portrayed by Zendaya, who experiences anxiety and despair and seeks solace in narcotics.

The plot revolves around high school relationships, drugs, criminality, love, hate, and the consequences of those choices. The performance is very well written, and the music is outstanding and beautiful.

The performers have performed so brilliantly that they are already being dubbed “the best actors of the future generation.” It’s a must-see classic web series on Disney+  Hotstar with a dash of snark.

Daredevil, along with Loki and What If, is unquestionably the best series Marvel has ever made. The program is so beautifully written that even though it is over.

There is potential for recreating it in a completely different way, as demonstrated in Spiderman: No Way Home, in which Daredevil, portrayed by Charlie Cox, was resurrected. The plot and action scenes are magnificent and will put you on the corners of your seat the entire time.

Moon Knight is one of the MCU’s greatest characters and well-written stories. There were always doubts about whether an Egyptian superhero was a good idea, but the tale was so beautifully scripted that it ended out to be one of Marvel Phase 4’s best characters.

Oscar Isaac has once again demonstrated that he is one of the finest actors of all time, and the only performer to have been a part of three billion-dollar comic book series. His acting abilities are a visual pleasure and a must-see. ‍

Disney+Hotstar has now jumped into the advertising game just like other online service provider entities such as Google,...
Entertainment

With more exciting and thrilling shows we have a list of upcoming series on Netflix that will fix...
Entertainment

Everyone loves a bit of thrill, suspense and mystery in the shows. The best thrillers can keep you...

The literary scene in India has been booming in...

With online trading becoming the predominant way to trade...