Movies are one of the most trusted methods to distress and have some good time in the form of entertaining yourself and what’s better than watching bollywood movies?Now, in today’s time Netflix is the substitute for the word entertainment, right?


Well! With that said, we’re also going to tell you how to entertain yourself perfectly. So, here’s a list of the 10 best Bollywood movies on Netflix that you need to watch right now. 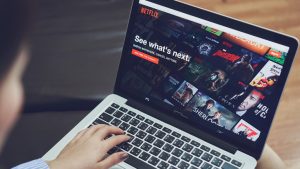 The movie leads in the list of must watch bollywood movies, the perfect romance for more than a decade, ‘Kuch Kuch Hota Hai’. A movie about love, death, and romantic tragedies wrapped around the life of Rahul, Anjali, and Teena.

This movie can make you cringe, laugh and will force you to cry at the end. Shhh… Have we told you that Salman Khan also appeared in one of the semi-lead roles in this movie, Well! Now you know.

This comical romance-driven movie by Varun Dhawan and Alia Bhaat is perfect for spending a lazy weekend with. You’ll laugh, cry, and times, this movie will provide perfect life metaphors as well.

The story revolves around Humpty and Kavya, who both fall in love somehow and are not trapped between what’s to be done. Watch on Netflix to find out more.

Vidya Balan delivers an epic performance in terms of Bollywood movies standards in ‘Kahaani’. It’s an epic watch and quite critically acclaimed movie which should be on your must-watch list if it’s already not.

The story of a pregnant woman flying back to India from London in search of her missing husband will take you places. From hidden secrets to mind-boggling plots, this movie has it all.

Comical Horror, how does that sounds to you? Well! These two genres are the exact opposite of each other and yet in this movie, they make perfect sense.

The town of Chanderi is haunted by the presence of ‘Stree’ whose ghost-dominated males and punishes them if they are found roaming alone. So, with the fear of ‘Stree’ the males of the town have to hide and at times dress up as females as well. A totally fun and horrific watch we would say.

Rohan, a teenager has been expelled from his boarding school and now he has to go back to his father’s home. But there comes a new twist, his father unlike most fathers is an abuser and leaves no chance for the same.

Moreover, the father has started a new family with a new wife and a six-year-old, who is also abused by him. The journey of Rohan and the little six-year-old kid becomes the backbone of the story. The hope for happiness in chaos is something that they are hoping for and this makes the movie a must-watch for the Indian audience.

You only have one life or more popularly known as ‘YOLO’ is the base mantra behind the movie. Three friends go on a journey of a lifetime in Spain where all their life is affected by the people they meet, the things that take place, and whatever that follows.

Hrithik Roshan, Farhan Akhtar, and Abhay Deol are perfect in their roles and you’ll fall in love with the movie. Also, this is one of that movie which has a high rewatch value of them all.

The Blue Umbrella is the story of little Biniya who somehow gets hold of a blue Japanese umbrella. Now, there was something about the umbrella that everyone wants the same.

But more than anyone, a local shop Nandu is more interested in the Umbrella as it resembles his soulmate. Being denied by Biniya on the handover of the umbrella, he sets out to find his own and in the journey, he finds more than just a blue umbrella.

Article 15 touches the heavy subject of Rape, Caste Violence, and other crimes along with the simple overlooking of the same by police and officials. The matter of discrimination is prominently raised here and the movie is not for someone weak of heart as it is shot and directed in a very bold manner.

Ayan Ranjan is looking into the case of a missing girl only to find the real truth that there is more to the story. To correct the system and find flaws he did go on taking steps and fighting, where he is getting defeat at different levels. A must-watch for everyone interested in waking of mind.

Dangal is the real-life story of the ‘Phogat’ family and their journey of the village to ‘Olympic Medals’. The journey of what goes behind in the making of an Olympic gold medalist, how much you have to give up and give in, the movie depicts it all.

The story is based on the life of Geeta and Babita Phogat but the protagonist is Mahavir Singh Phogat (Amir Khan), their father and coach who is the real reason behind all that is gold.

This movie is just on another level whether we talk about the writing, casting, screenplay, music, or cinematography. The story of how Akash (Ayushman Khurrana) goes on a journey of fighting for his life after finding a dire truth makes up for an amazing watch.

Oh! Have we forgotten to tell you that he was blind in this movie? Wait! There’s one more thing, Oh! No, Wait! Again, we’d not tell that one for it’ll be better if you find out after watching the movie itself.

Previous articleWhy Sandeep Bhaiya is the Most Interesting Character in TVF Aspirants? All You Need to Know About Sunny Hinduja
Next articleTVF Aspirants Episode 05: A Well Deserved Season Finale With A Little Less Climax Value
Flickonclick

Yash Raj Films, the creators of the longest-running Indian movie in theatres, have announced that Dilwale Dulhania Le...