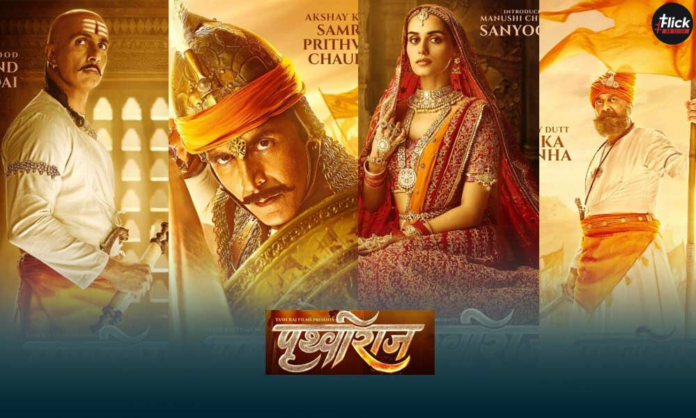 The teaser for ‘Prithviraj,’ starring Akshay Kumar, Manushi Chhillar, Sonu Sood, and Sanjay Dutt, was finally presented by the creators on Monday at a spectacular ceremony. The historical picture, directed by Chandraprakash Dwivedi, is based on the real story of the courageous Samrat Prithviraj Chauhan and is loaded with pride and valour.

The cast of the Movie Prithviraj 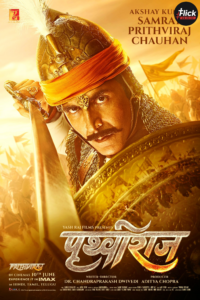 After much anticipation, the trailer for Manushi Chhillar, Akshay Kumar, Sanjay Dutt, Sonu Sood, and the starring was finally unveiled. The video, directed by Chandraprakash Dwivedi, was unveiled on Monday at a lavish premiere ceremony in Mumbai. Yash Raj Films published images from the ceremony on Twitter, during which the actor became upset while remembering his mother, Aruna Bhatia, who died on September 8 last year. The film depicts how the renowned warrior battled heroically against the cruel invader Muhammad Ghori, based on the life tale of the daring and great ruler Prithviraj Chauhan.

Returning to the trailer, it revealed Akshay Kumar in the title character. Manushi, who is making her film debut, is seen as his adored Princess Sanyogita. Akshay shared the trailer on Instagram with the comment, “यह है कहानी सम्राट पृथ्वीराज चौहान की  The film will be released in Hindi, Telugu, and Tamil. Celebrate Samrat #Prithviraj Chauhan with #YRF50 on June 3rd in a theatre near you.” Watch trailer now 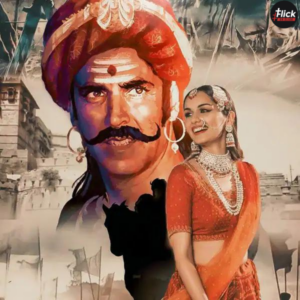 Akshay was speaking on the eve of the trailer’s release. Akshay elaborated on this, saying, “I’ve been in the profession for thirty years and have yet to witness a historical film on this scale in my three decades of experience. After portraying the part of such a great guy, I got a feeling of satisfaction and would want to thank my director Chandraprakash Dwivedi and producer Aditya Chopra.”

Also read – Shah Rukh Khan or Salman Khan, Who Is a Better actor?

He also said how he came to know the eponymous figure outside of the boundaries of the screenplay by reading a book “When we were ready to go on the film’s journey, the director sent me a biography of Prithviraj Chauhan. After finishing that book, I realized what a magnificent warrior Prithviraj Chauhan is.” 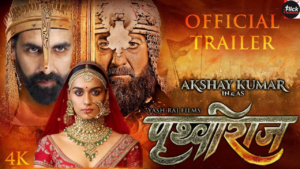 The historical drama also stars Sonu Sood and Sanjay Dutt in crucial roles as Chand Vardai and Kaka Kanha, respectively. ‘Prithviraj’ will be released on June 3 in Hindi, Tamil, and Telugu. The film was originally intended to be released on January 21, but it was postponed owing to the breakout of Omicron across the country.

Sonu Sood Is A God to Many People: Arranges Oxygen Cylinders for Needy People

Actor Sonu Sood has always stepped forward during this pandemic to support helpless citizens of this nation. He...
Entertainment

KGF Chapter 2 by Prashant Neel is a terrific action flick that upholds the fans' expectations with its...
News

It was a prestigious moment as other than Bollywood actor Shah Rukh Khan, Sanjay Dutt, who is residing...